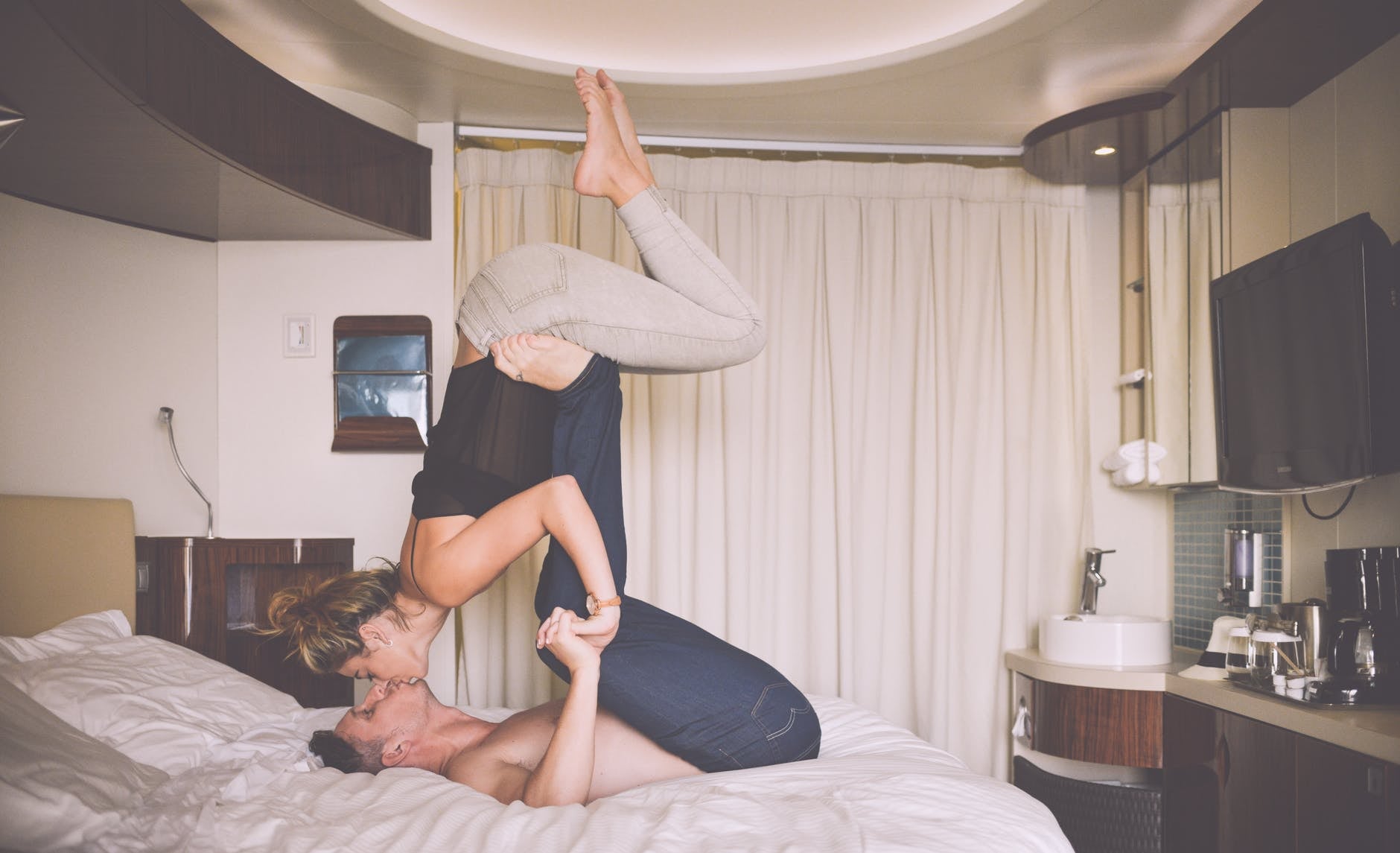 I've always been a HIIT and boot camp kind of girl. The harder the workout, the more powerful I feel. My body craves it, grueling sets of burpees and all. But while I'm pretty toned, there were a few areas of my body that I wanted to hone in on, really strengthening those smaller muscles in ways HIIT often can't. The long and lean look that avid barre-goers seem to have piqued my interest, so when a friend offered to take me to a Pure Barre class for free, I immediately said yes.

What I didn't expect was how my sex life would change, for both me and my partner.

I'll admit that I fumbled through that first class — I should have read up on what to expect — but when the session ended, I felt so good: stronger, leaner, firmer in my tush. I could really feel that burn in my abs, too, which I probably don't target as heavily during my regular workouts. It was enough that I decided to sign up for an intro package. I went every day for a week, excited to see how my body would change. What I didn't expect was how my sex life would change, for both me and my partner. Turns out, that tucking and pulsing can work wonders in the bedroom, too — here's what I've noticed.

It Puts Me in the Mood

By the second class, my muscles were quivering and shaking like crazy — a good sign, since that meant they were being challenged. I was thrilled, but I also found it a little hot. Not an inappropriate arousal, but one where you feel sort of sexy, standing at the bar, pulsing and tucking. And the glute bridge work on the ground? That felt sexy, too. After class, I'd definitely come home in the mood.

Turns out, there's science behind that rise in libido, aside from the empowering nature of barre. People who frequently work out tend to have a greater interest in and satisfaction from sex, sexologist Dr. Damian Sendler, Ph.D., told POPSUGAR. For that, you can thank feel-good endorphins and greater oxygenation in the brain.

Related:
I Wore My Fitbit During Sex, and This Is How Many Calories I Burned

Since taking barre, I've gotten more in tune with my body and how to utilize my pelvic floor. Many exercises you see in barre involve squeezing, pulsing, thrusting, and holding muscles located in the butt and hips, explained Dr. Holly Richmond, Ph.D., a somatic psychologist and certified sex therapist. (Kind of like sex, huh?) Barre is also an opportunity to do Kegels, in which you squeeze your pelvic floor like you're trying to hold in pee, with every isometric pulse.

Having a strong pelvic floor is important for a number of reasons, not the least of which is better orgasms, according to Dr. Richmond. In fact, after four to six weeks of barre class, most of her patients report stronger orgasms, along with other health benefits, like improved bladder control.

This Full-Body Barre Workout Keeps You Moving While You Sculpt

One of the goals of barre is to improve flexibility by holding certain positions for a long (and excruciating) period of time. And personally, I've been able to do the same thing during sex: holding certain poses — often somewhat uncomfortable ones — to keep things going and make the most of it for both me and my partner. I've even experimented with those superchallenging positions you read about and really want to try but also seem intimidating. If my partner moves me into something wacky, I can go with it. Spider monkey? Seesaw? Sure, it's worth a shot.

That might be the greatest takeaway: I had variety in my sex life before, but now I can let my emotions take over and effortlessly move into the right positions and pace, bringing in some of the key exercises I've learned in barre. I've loved the results — so much that I still attend barre classes three to four times a week — and I'm pretty sure the lucky guy who gets to share them with me does, too. Between barre and my HIIT workouts, I've never been more confident in my body or the bedroom.