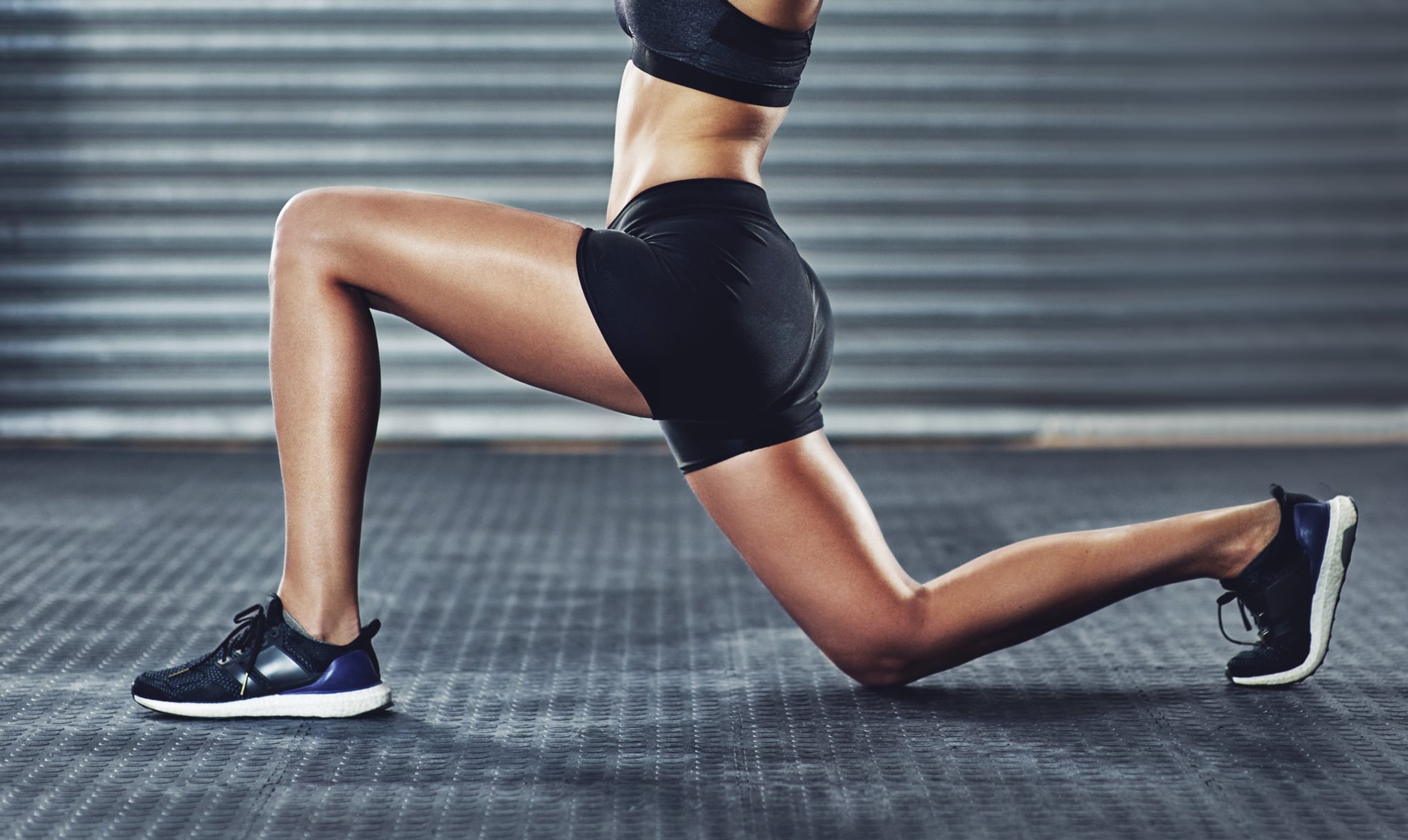 Think you need to do weighted squats or heavy-load leg presses to build leg muscles? Good news for those of us without gym memberships: those moves are effective, but weights definitely aren't necessary if you're looking to strengthen your legs. According Ashley Kelly, NASM, a certified personal trainer for Bach in New York and a 2016 Olympian in track and field, "Anyone can build leg muscles with the use of calisthenics, or bodyweight exercises."

Related:
Burn Body Fat and Build Your Booty With This 30-Minute Bodyweight Workout

If you're just starting out or getting back into lower-body fitness, Ashley said that bodyweight workouts are exactly where you should be starting, regardless of whether you plan to incorporate weights later. You want to be able to uphold and control your own bodyweight before doing anything fancier, Ashley explained. "By starting with calisthenics, you minimize potential injury," she said. "Plus, being able to hold your own bodyweight allows for better function across all areas of daily life."

To start, Ashley recommended doing three to four sets of 12 squats. No need to push the reps much higher than that, either; going more than 15 reps at a time won't increase your gains, she explained. Once regular squats get easier, it's time to up the intensity. You can do this by switching to single-leg squats, starting with two sets of 10 reps each.

The muscle gain comes from the new challenge of holding up your bodyweight on one leg instead of two. "Your body's muscles will have to adapt to the single leg squat by growing stronger," Ashley said.

You can achieve a similar progression by going from regular lunges to Bulgarian split squats, a lunge variation where your back leg is up on a bench or block. A move like step-ups can work, too; check out the intermediate version for an added bodyweight challenge. You can also incorporate pulses, plyometric or jumping moves, and mini bands to progressively overload and challenge your body, Ashley said.

No surprise here: diet plays a role in building leg muscles as well. Ashley, who has a NASM certification in fitness nutrition, recommended skipping on most processed foods and eliminating most sugars from your diet, plus eating lots of lean-fat proteins and veggies, as well as healthy carbohydrates for a preworkout energy boost.

Carbs, he added, are just as important. "Carbs give us energy, and the more energy we have, the more we can push to have stronger workouts and have a better chance of increased muscle mass," he said. Carbs also help your body process the protein that's necessary for muscle growth. Jim explained that when you eat in an extreme carb restriction over an extended period of time, your body doesn't have a chance to break down and use the protein for your muscles.

The verdict? You don't need weights or machines to build leg muscles (although those are definitely options). Bodyweight moves, with the right progressive overload strategy and diet, can help you build strong, lean legs, too.

Related:
A Dietitian Said Not to Skip Out on These 3 Foods If You're Trying to Build Muscle
Image Source: Getty / PeopleImages
Bodyweight ExercisesLeg ExercisesStrength TrainingWorkoutsPopsugar Interviews
Around The Web 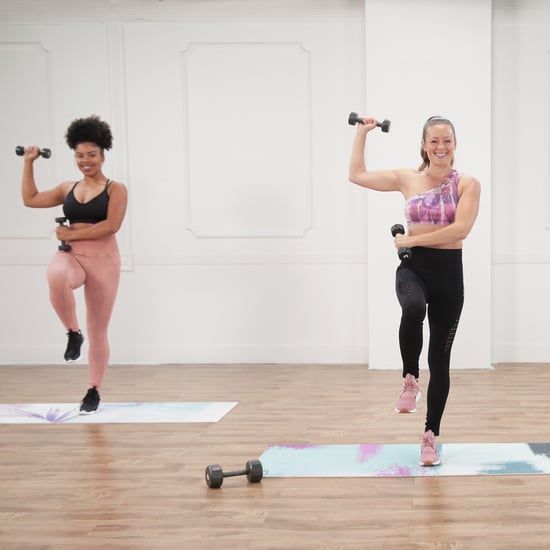 Dumbbell Exercises
Got Half an Hour? Try This Fat-Burning, Lower-Body Dumbbell Workout
by Samantha Brodsky 1 week ago