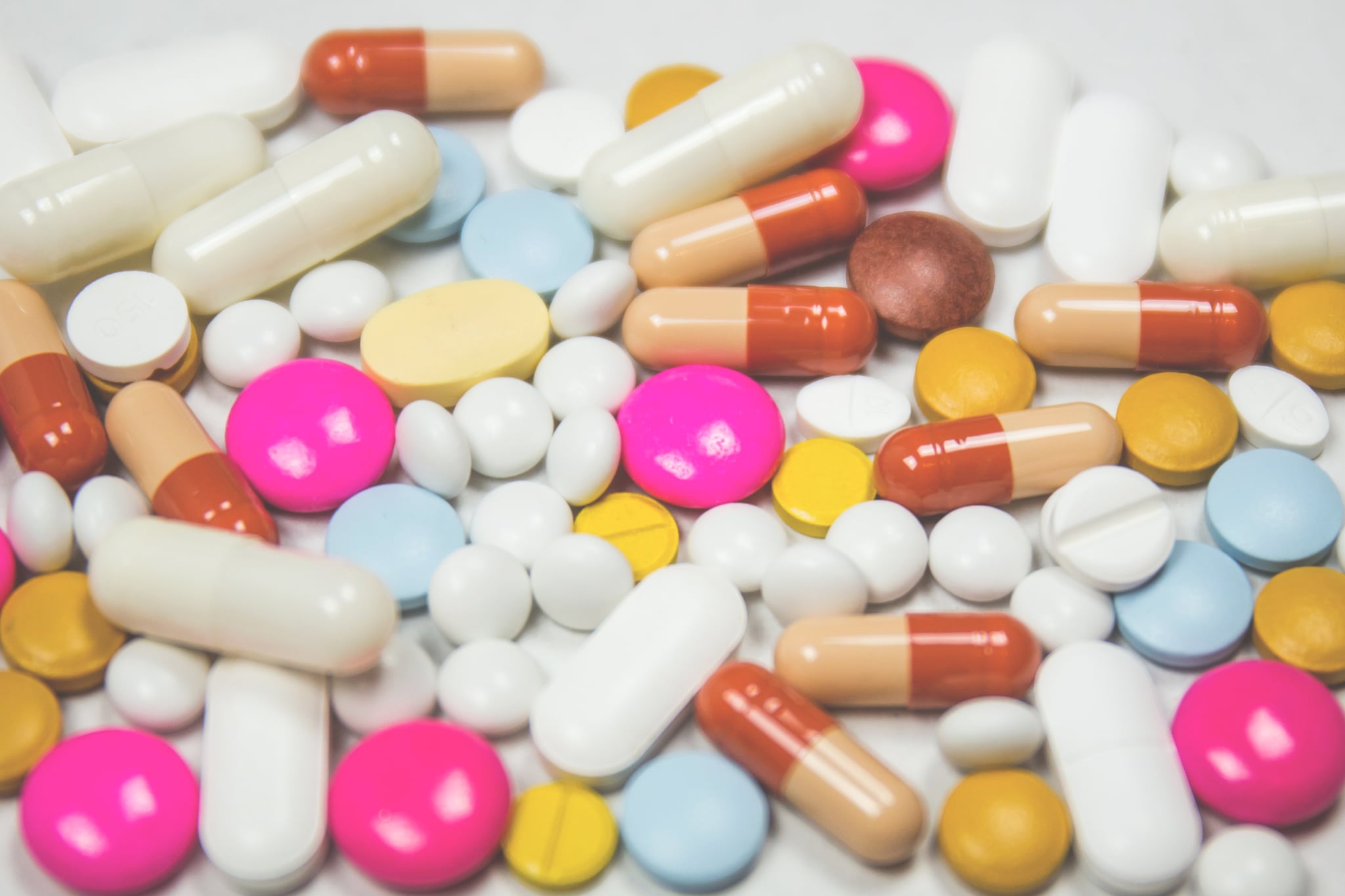 When it comes to painkillers, prescription drugs like OxyContin, Vicodin, and Percocet strike fear into my heart due to the high risk of addiction. Admittedly, I've been far less concerned with the potential dangers of over-the-counter pain relievers, whether it's popping one more aspirin than the recommended dose when my cramps are unbearable or adding another med like ibuprofen when it feels like aspirin alone isn't doing the trick.

In 2006, the Food and Drug Administration released a report cautioning against taking aspirin and ibuprofen (found in Advil and Motrin) together due to the risk of excessive bleeding. Over 10 years later, I'm sure I'm not the only one still mixing the two pain relievers. We spoke to doctors about the safety risks of taking these two medications at the same time, alternative ways to treat pain if one medication isn't sufficient on its own, and whether there are any instances when it's safe to make an exception.

What Are the Risks of Mixing Aspirin and Ibuprofen?

Stomach bleeding and blood thinning are doctors' primary concerns. "Aspirin and ibuprofen are both members of a family of drugs called NSAIDs (nonsteroidal anti-inflammatory drugs). Just like a brother and sister are more similar to each other than to children of the same age that live down the street, drugs can be chemically similar and have similar though not identical actions in the body. Aspirin and ibuprofen are 'brother and sister' drugs," said Briant Burke, MD, MS, and owner of Naturopathix, Inc. "They both can cause stomach bleeding, which can be life threatening. So taking both aspirin and ibuprofen at the same time doesn't make sense, since it is essentially just doubling the dose of aspirin. This does not improve the therapeutic effect of relieving pain, but it does greatly increase the risks of side effects such as bleeding."

Dr. Angela Kerchner, who is board certified by the American Board of Family Medicine, also emphasized the importance of not mixing medicines from the same class of drugs, noting it's an all-too-common occurrence. "Taking ibuprofen and aspirin together is not a good idea. The same goes for taking aspirin and naproxen [found in Aleve] together, or ibuprofen and naproxen together," Kerchner said. "Unfortunately, I see people taking these medicines together inappropriately all of the time in my work in the ER. I also find that often patients believe it is perfectly safe to take very high doses of these medications, or that more is better when it comes to pain relief."

Taking ibuprofen in addition to aspirin can, in fact, reduce the positive effects of aspirin, says Dr. Christopher Calapai, DO, an osteopathic physician board certified in family medicine, antiageing medicine, and chelation therapy. "Ibuprofen can interfere with aspirin's anti-inflammatory properties, potentially making the aspirin less effective," he explained.

Related:
This Is What Happens When You Take Ibuprofen Too Often, According to a Doctor

What Are the Suggested Alternatives?

Although Dr. Danica Baron, MD, an assistant medical director at ParaDocs Worldwide Inc., advises against combining ibuprofen and aspirin, she said it's safe to combine an analgesic, like acetaminophen or paracetamol (found in Tylenol and Panadol), with NSAIDs like ibuprofen because they belong to different classes of over-the-counter pain medication.

"You can combine acetaminophen and NSAIDs very easily. They have different mechanisms of action and work well together," Baron said. "[For adults,] the maximum dose of acetaminophen is 3 mg a day and the maximum dose of ibuprofen is 2,400 mg a day. You can give acetaminophen every four hours and ibuprofen every six hours." If you find yourself taking pain relievers often, you should consult a physician before combining medicines to discuss any possible side effects.

John Martinez, MD, an urgent-care physician with Woodland Clinic, a Dignity Health Medical Foundation, said he tries to find pain prevention methods that don't come in the form of a pill. "If something hurts, are you injured? If it's a sports-related ache, I always suggest ice — it's a great anti-inflammatory and pain reliever," Martinez said. "If you aren't injured, is this a chronic pain associated with your lifestyle? If so, we recommend some small changes in your routine: Take a break from working every few hours and walk around a little bit. Try to get in a total of 30 minutes of activity each day, five days a week. This activity can be split up into 10-minute increments. Generally, the more active you are, the less pain you're in, and the less reliant on aspirin and ibuprofen you can be."

Related:
This Is What Happens If You Take Ibuprofen on an Empty Stomach, According to Doctors

Is It Ever Safe to Mix Ibuprofen and Aspirin?

There are exceptions in which mixing these medications can be safe and effective, but those need to be determined by your doctor, who should then closely monitor your health for potential side effects. "If [your doctor] gives you the OK to mix aspirin and ibuprofen, follow their instructions so that both medicines can be effective. If you experience any side effects, immediately stop taking both medications and contact your doctor," Calapai said.