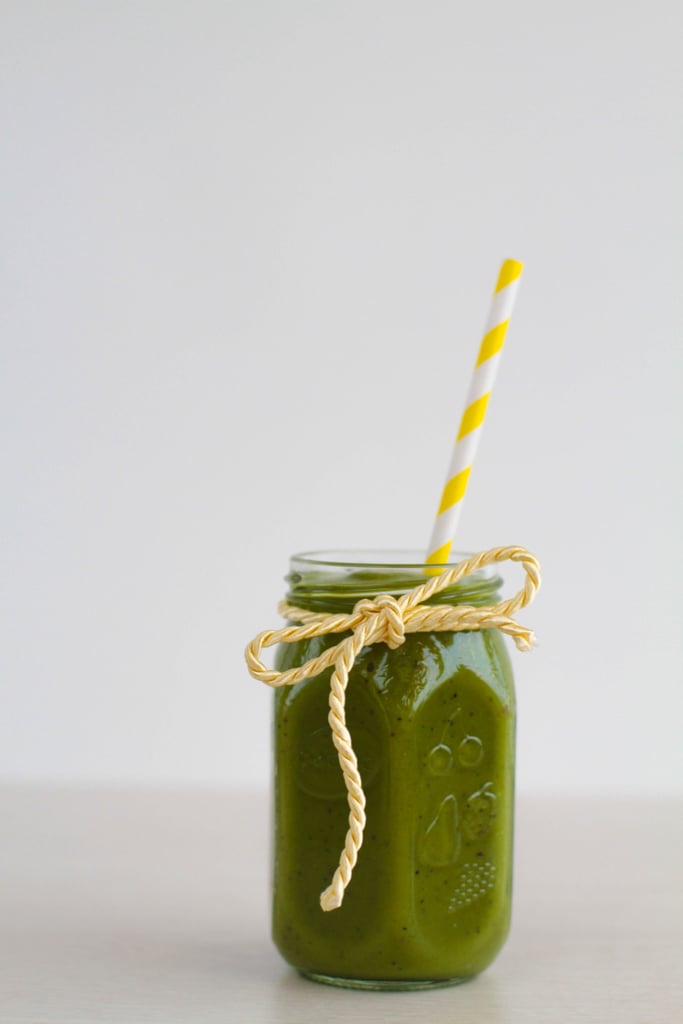 I Drank Celery Juice For a Week, and Here's What Happened

If you're a health-conscious individual who's been on Instagram lately, you've probably seen or heard of someone drinking celery juice. It's everywhere: influencers and holistic health gurus alike are all toting their green juices like it's 2011, and I was curious as to why. For a little bit of context, the celery juice trend was popularized by a man named Anthony William, also known as the Medical Medium. He is not a doctor, but an author of four books including Medical Medium: Secrets Behind Chronic and Mystery Illness and How to Finally Heal and holistic health practitioner who simply raves about how celery juice is a magical cure-all. Intrigued? I was too.

If you're going to drink celery juice, it needs to be first thing in the morning, and it needs to be juiced. I haven't been a big fan of juicing since it takes all the fibre and much of the nutrients out of the produce you're consuming, but celery is different. According to William, in removing the fibre and putting celery through a juicer, you're getting access to something called cluster salts, which help flush toxins from the liver, hence why it needs to be consumed on an empty stomach. The benefits of celery juice are reportedly astounding, and include lowering blood pressure and reducing inflammation. With the way everyone raves about it, I was ready to be a brand new person by week's end. And the short version is: I do feel different. These are the three key takeaways I've learned in my week on celery juice.

Related:
I Resolved to Be Healthier and Happier in 2018, and I'm Still Going Strong — Here's How

Firstly, I have SO. MUCH. ENERGY! I have Hashimoto's, an autoimmune thyroid disease, and one of the side effects is that I get tired easily. I spend a lot of time exhausted, but I have to say, I've never had more energy than this past week. Those classic walls I hit three to four times a day are only coming around once, and I am so much more productive, it's crazy. I'm a sceptic, but it's literally the only thing I've changed in my routine, and I feel amazing. I also get bloated easily, and feel like I go to bed and wake up as two different people. Well, since I've been drinking celery juice, my bloating has subsided significantly. Yay! And lastly, I'm not breaking out. My skin is GLOWING. And during dry, chilly months, that's a win.

Here's the deal; I tried this trend ready to call BS. How could juice really be this magical? But after a week, I'm convinced. My increased energy, decreased pimples, and flatter stomach are all I need to say, "I'm hopping on the bandwagon!" Want to know what I'm asking for this holiday season? A juicer.