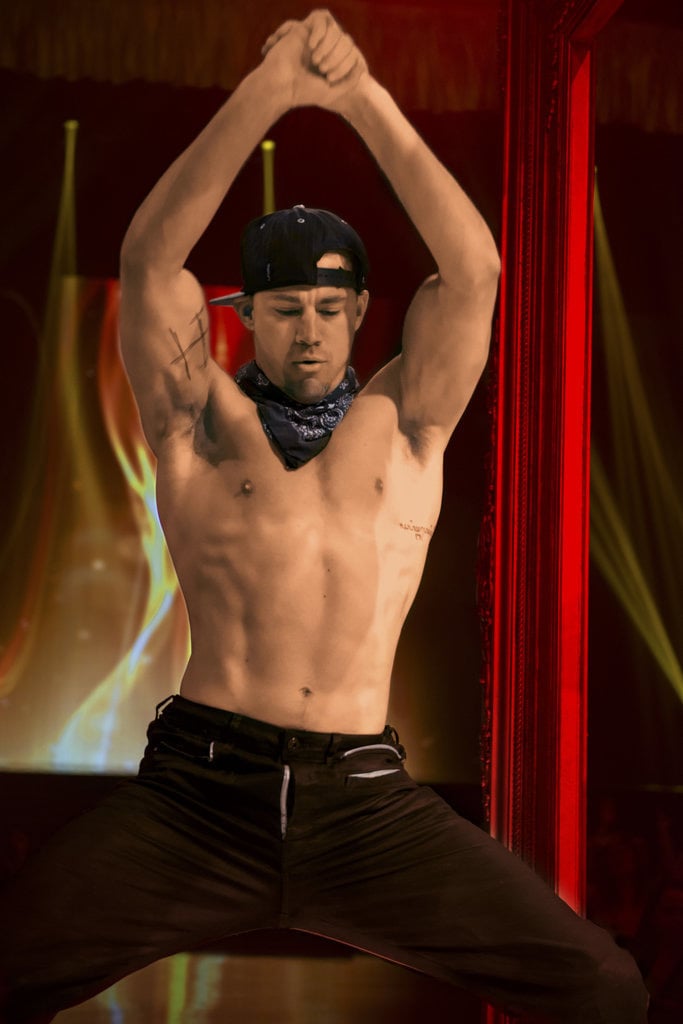 It's hard to believe that Channing Tatum is ever anything less than the chiseled sex god of your dreams, but he admitted that he works really hard for that body and isn't afraid to let it go after a movie wraps up. Reuters caught up with him on the red carpet in London for the Magic Mike XXL premiere, and it's refreshing to hear an honest response from him about his picture-perfect abs. "My Magic Mike body . . . lasts for about five days, like when we're shooting. You time it until that day and then you lose it immediately," he said.

"You gotta get naked. It's nervous getting naked in front of one person, much less a thousand people, so it's nerve-racking . . . all of it," he added. When asked if he thinks "dad bod" is coming in, he said, "Even if it's not, I'm gonna try to make it 'in.'" While we're not exactly proponents of the term (read: it's sexist), we are proponents of positive body image and hearing realistic responses from celebrities who often give the public an unrealistic standard for what it means to look good and, more importantly, be healthy.

Sidenote: who's ready to go to the movies?

Identity
I'm Constantly Compared to Celebrities Simply Because I'm Fat and Black, and It's Not OK
by Cheyenne M. Davis 22/2