After hitting my one-year CrossFitversary, I've had so any people asking me about CrossFit. It has been an amazing journey so far, and I wish I'd known these nine things before I started. 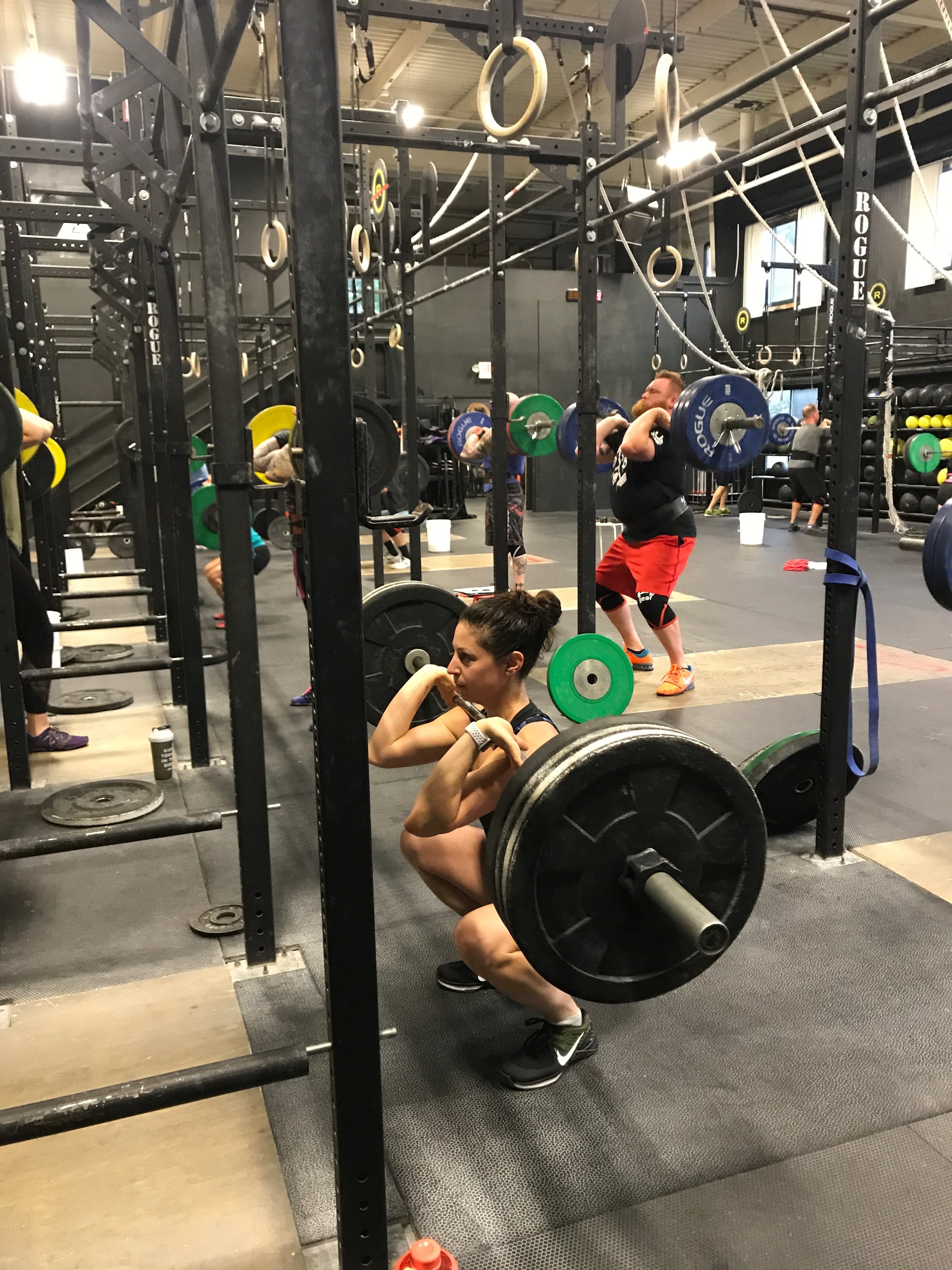 It's as Awesome as People Say It Is

When I signed up for one month of CrossFit, it was actually to see how stupid it was. I mean, I loved working out, but I thought CrossFit was only for the insanely fitness-obsessed — who in their right mind would want to flip tires and subject themselves to burpees by choice? But once I started doing these intense workouts, I realised that pushing myself that hard felt more amazing than anything I'd ever done — even better than getting medals for half marathons!

Aside from getting stronger physically, what has fuelled my addiction is the newfound inner strength and confidence I've experienced. This is the first time I'm not focused on what my body looks like, but instead on what it can do. I love that every day is a new workout; every day is an opportunity to get stronger than I was yesterday. I have so many goals that inspire me — I never had that with running.

The Community Is Where It's At

I had never worked out in a gym setting before, or with men, so I was pretty anxious about it. For some reason, I felt like everyone would know what they were doing and they'd make fun of me because I didn't. It was the exact opposite! All the veteran CrossFitters took me under their wings, gave me tips, helped me out when I looked confused, and cheered me on. I was quickly welcomed into what I lovingly refer to as my CrossFit family. There is something about suffering through gruelling workouts with other people that helps you form a special bond built from hard work, sweat, and determination. I'll say that there are some strong-ass women in my class, and they totally inspire me to push myself immensely harder than I would working out alone.

You Won't Get Yelled At

I was worried the coaches would scream at me, but they don't! They're all so supportive and genuinely helpful. They want you to get better, to push yourself, and to be "the best version of you," as my coach Dani Horan always says. At least once every class, I get feedback from the coaches about how to perfect my form or encouragements to move to heavier dumbbells.

You Don't Have to Be Athletic or Fit to Start

I wanted to try CrossFit three years ago, but felt like I needed time to get in shape first. Duh, it's like saying, "I need to be flexible in order to do yoga." You seriously need no prior fitness or weightlifting background. The On-Ramp course they require beforehand will teach you all the basics you need to perform each exercise correctly and effectively. So don't stress if you don't know how to do a box jump, kettlebell swing, or wall ball (or have never even heard of them!). And all that CrossFit lingo like WOD, AMRAP, and EMOTM will become a second language.

You Won't Get Instantly Ripped

This was one of the surprising things that happened that was extremely disappointing. After working out five times a week for six months, I assumed I'd be super lean and ripped. My before-and-after photos proved that was not the case.

While doing high-intensity workouts and lifting heavy are the key to weight loss and sculpting muscles, one workout a day isn't the magic pill if you eat like crap or eat too much. I found that I needed to dial in my diet more, and once I implemented intermittent fasting after eight months of CrossFit and cut down on refined carbs and sugar, I started to see results.

No, You Don't have to Go Paleo

As a vegan, I was expecting people at the gym to bombard me with pro-Paleo conversations. Not only did the Paleo diet never really come up in the year I was there, but no one really talked much about diet at all. One guy found out I was vegan and was impressed I was as strong as I was. That was pretty awesome. 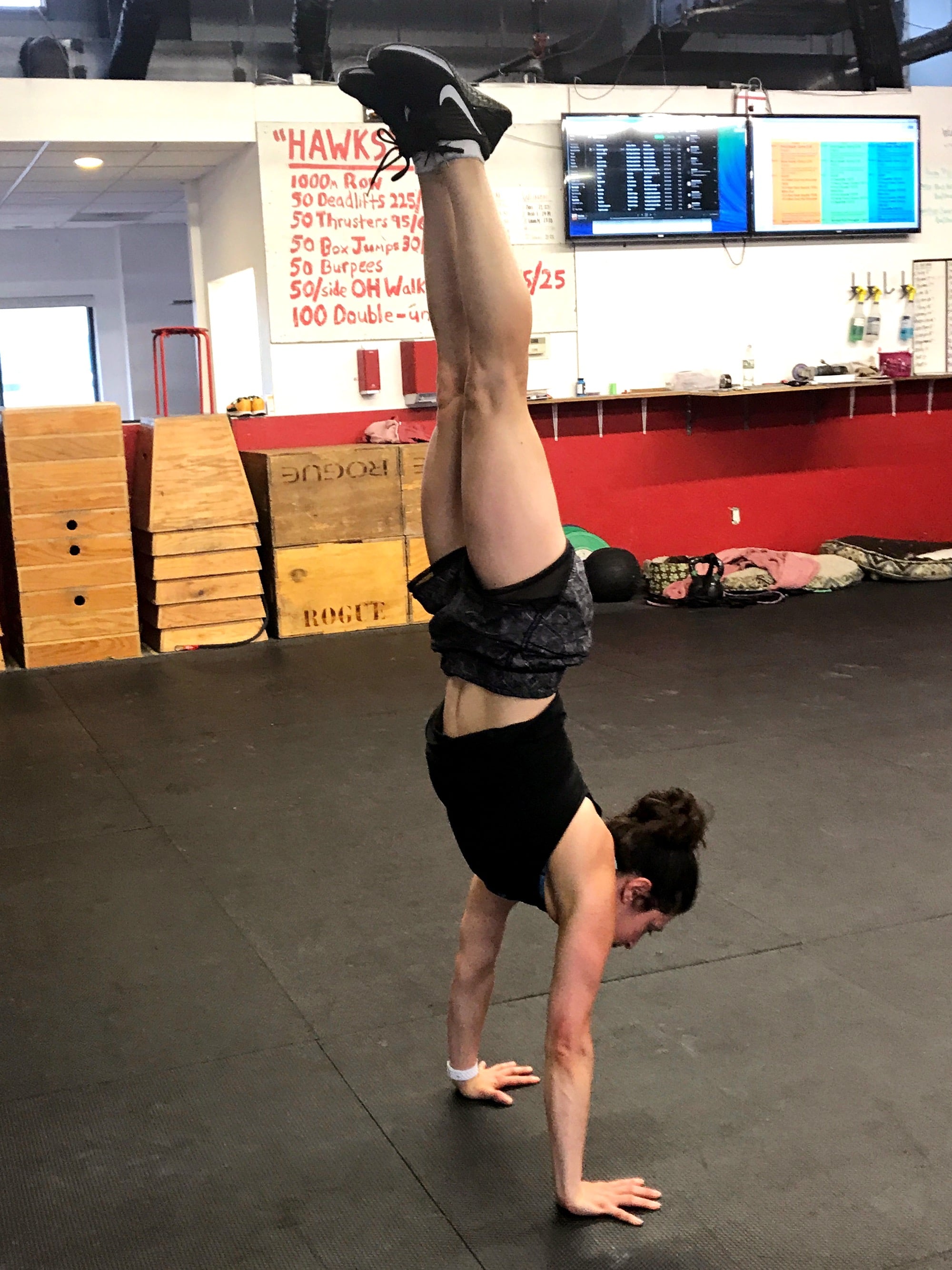 It's Easier and Harder Than I Thought, and I Never Threw Up

A typical class is 60 minutes long, so I was expecting to be pushing myself past my breaking point for that full hour. The structure of the workouts was actually way easier than I thought. The first half of the class, we work on a strength piece, typically an Olympic weightlifting exercise with a barbell such as back squats or snatches. Then the second half of the workout we do a seven- to 12-minute high-intensity workout.

Although the workouts were shorter than the typical hour-long runs I was used to, they were harder. Pushing yourself as hard as you possibly can for even five minutes leaves you with aching muscles, and you're so out of breath you may be close to puking (I never did though!). And some of these exercises are beyond challenging — some mentally, like when we did a 100-burpees workout, and some physically, like when I did the Murph workout.

The difficulty of CrossFit is actually the best part. You'll never change unless you do something new, something different, and you really push yourself past your comfort zone. When I'm left huffing and puffing on the floor after a crazy-intense, exhausting workout, I feel the most alive, the most free, the most happy.

It's Easy to Prevent Injuries If You Just Do This

I hurt my back in the third month doing squats and was worried people were right about CrossFit causing injuries. But I realised it was completely my fault — I was trying to keep up with the 60-year-old woman next to me! At that moment, like yoga taught me, I worked hard to leave my ego at the door. I listen to my body and do what I'm capable of, competing with myself, not anyone else. I haven't had an injury since!

People think I'm absolutely nuts for getting up so godd*mn early. But if something is important to you, you make time for it. Before my family wakes up and before work starts is the only time I have to fit in a regular workout routine, so I do it. But it's actually not horrible at all. For all the reasons mentioned above, my alarm goes off and I'm instantly pumped to do something for me that makes me feel so badass and energised before 7 a.m.! It sets the tone for my entire day.

Not trying out CrossFit because you think it looks crazy or too hard or you think it's like a cult is really a lame excuse. You can't make judgements or decisions about something until you try it. The millions of people obsessed with CrossFit are obsessed for a reason, so find out why!

#FreeBritney
Growing Up Britney: The Pop Icon Made Me Feel Free, Even When She Wasn't Free Herself
by Jada Gomez 1 week ago