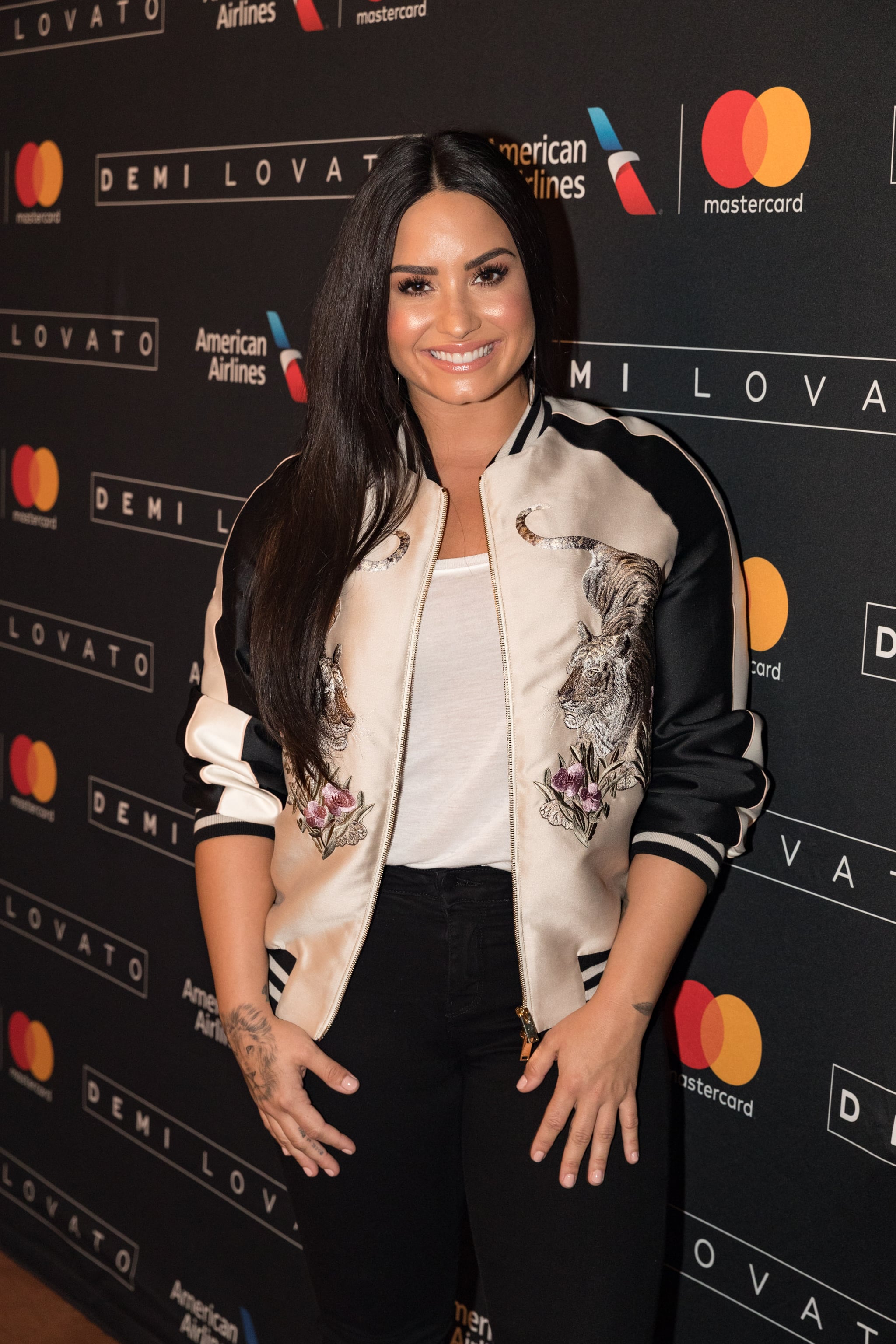 Demi Lovato has had enough! The 25-year-old singer has become a source of inspiration for just about anyone struggling with body image in the modern day. Maybe it's her openness about her inner battles on social media or those empowering bathing suit photos, but Demi's transparency about her own past struggles with an eating disorder has given so many people the strength to conquer their own demons. Her latest move? Demi has given up dieting, and after a time of New Year's resolutions and unrealistic body standards all over social media, she's hoping to encourage people to do the same.

Back in January, after a triggering photo shoot, she decided that was it. "No longer depriving myself of treats (in moderation) and I'm not gonna lie, I put on a couple lbs since I've give up dieting BUT I've given up the chronic stress of what I eat because I don't want to set that example for my fans. No more food shaming myself!!" she wrote on Twitter.

Feeling gross today at a photo shoot but I’m choosing to accept what I see because I love myself for who I am and your love and support gets me through moments like this. 🙏🏼 if you’re struggling as well, don’t forget.. if I can do it, you can too!

No longer depriving myself of treats (in moderation) and I’m not gonna lie, I put on a couple lbs since I’ve given up dieting BUT I’ve given up the chronic stress of what I eat because I don’t want to set that example for my fans. No more food shaming myself!!

Now that it's been almost a month since she gave up the agonising emotional battle that is dieting, Demi's seeing a huge change in herself, and it has nothing to do with weight. "It's a daily battle," she told People. "Some days I feel great and some days I don't feel great. And sometimes it's periods of times. I stopped dieting and have gained a little weight so it's been a struggle but at the same time, I'm happier because I'm not restricting myself from certain foods and I'm no longer food shaming myself."

She added, "I think that's something in our society we get caught up in diet culture. Every commercial on TV is either about a weight loss pill or piece of fitness equipment or it's all food-based. As someone recovering from a food disorder, it's something that I want to put out there that you don't have to diet in order to be happy. I don't think I've heard that message out there in the public and of course, it's important to be healthy and everything in moderation is fine."

Demi explained that resolutions can be especially troublesome for individuals recovering from an eating disorder "because everything is about weight loss. It's really important that there's somebody out there to speak up and say, 'Hey your weight doesn't define your self-worth and it definitely doesn't define your beauty inside and out.'"

And once again, her powerful words are providing a huge sense of comfort to anyone who can relate. She understands that her recovery is not something that's achieved overnight but is a constant progress. "I work towards a better life and I'm definitely in a great place."