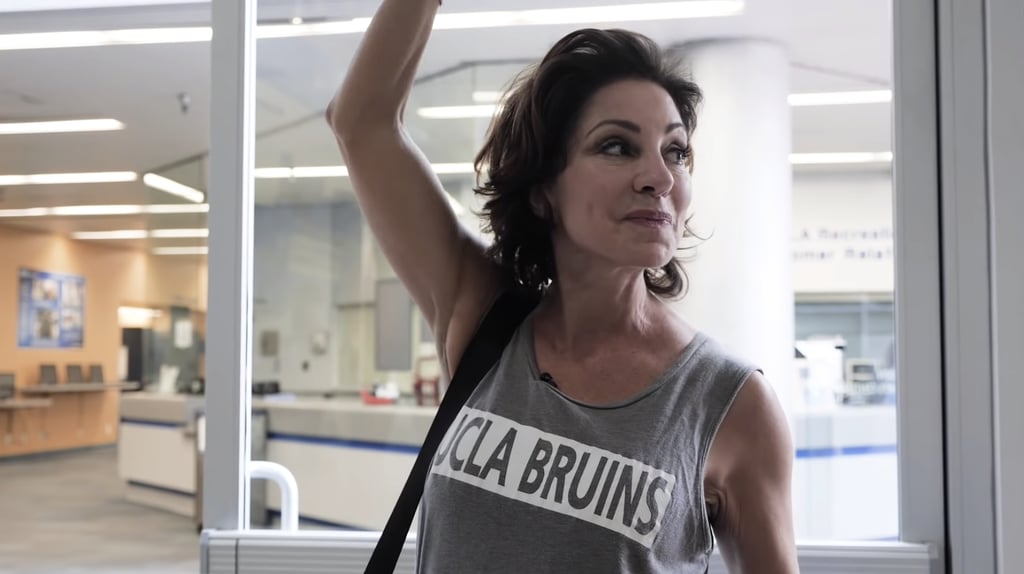 The 2019 NCAA Gymnastics Championships drew to a close on April 20 with a shower of confetti. Defending champs UCLA Bruins came in third behind LSU and Oklahoma, who won its fourth national title with a 198.3375, the second-highest total in NCAA history. But, when UCLA found out about its third-place finish, you could see retiring head coach Valorie "Miss Val" Kondos Field and her superstar athletes — 2012 Olympian Kyla "Boss" Ross, 2016 Olympian Madison Kocian, and viral sensation Katelyn Ohashi, to name a few — by the uneven bars in a huddle. Then, they were dancing.

"I was thrilled that they were the ones starting the dancing," Miss Val, 59, told Daily Bruin. "Because, life is short. Don't wait to dance." (This is actually the title of a book she published in 2018.) UCLA loves to dance — they call competing on floor a "floor party" — and you can tell the young women exude joy when they do gymnastics. This joy is, in part, what Miss Val is all about.

Versed in ballet, Miss Val was hired as a team dance coach and choreographer for the Bruins in 1982. Then, under her 29-year position as head coach, she led UCLA to seven national championship wins. Her approach, according to her athletes, is about more than just winning and individual goals; it's about family.

Related:
This Gymnast's Dance Moves Deserve All the Perfect 10s in the World

You'll hear Miss Val use the phrase "team over self" — something that gymnasts, especially those on the national and international stage, don't often hear when they're vying for spots in some of the world's most intense competitions. "My medium through which I teach them life skills is through dance and gymnastics," Miss Val said in a Pac-12 video on her retirement. "And when they can understand how to bring intention to their gymnastics and their dance, that's when those life lessons blossom, and that's what I really care most about."

Kyla, a junior who was crowned co-champion on vault and floor during the first night of the NCAA Championships, told ESPN days before the competition, "Miss Val is really one of the biggest reasons why I decided to come to UCLA. I knew that if I came here, I would really have a fun and exciting new experience, and I think that was something I really needed, especially after a long, hard elite career. I think she really helped me come out of my shell and taught me to always speak my mind and speak the truth."

Katelyn, who's career with the Bruins has also officially ended, told ESPN, "Because of her, I've learned to enjoy every single day that I have, because tomorrow's not guaranteed, and I think Miss Val embodies that." Katelyn added, "People ask about her legacy, but I think she's already left it with the close bond she has with everyone she touches in her life."

Ahead, check out emotional interviews with Miss Val and her UCLA athletes, and at their final practice and championships together, watch the team send her off with a dance for the very last time.