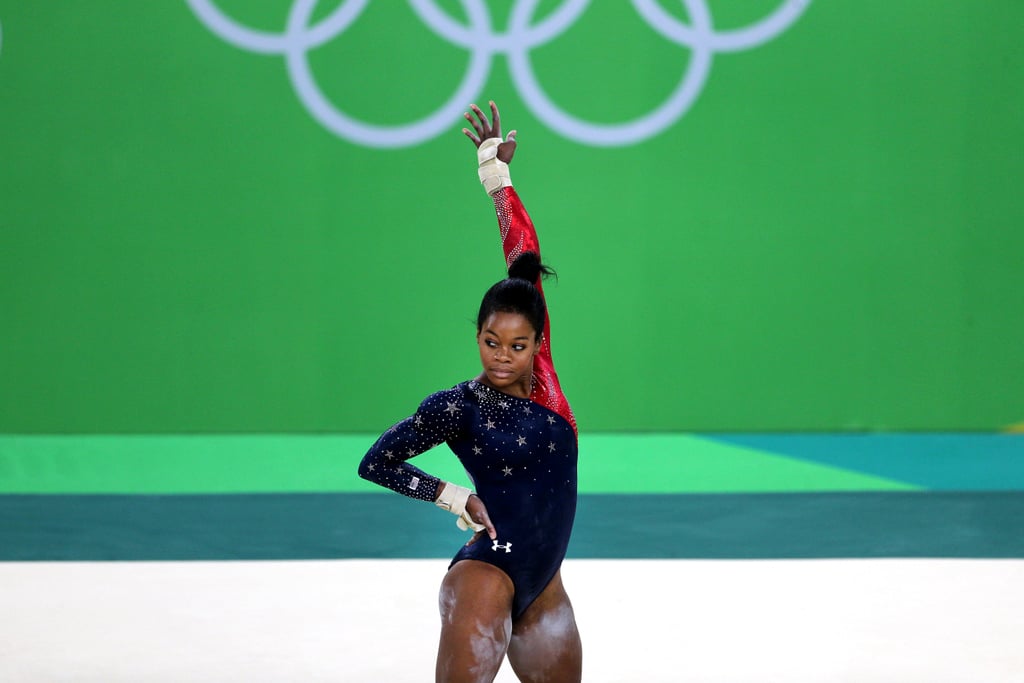 Competing in the Olympics multiple times is hard for any type of athlete. As a gymnast, it's even harder, and Gabby Douglas knows that. It's not just about the physical demand — though that's a huge part — it's mental, too. "Once you have a taste of freedom after the Olympics, you have to go back into just a gruelling schedule," she told POPSUGAR while discussing her partnership with Purina Pro Plan's Incredible Dog Challenge. "Who wants to do that?"

Gabby made history at the London Games when she became the first black female gymnast to win gold in the all-around. She is also the first American gymnast to win that title and, at the same Olympics, receive gold in the team competition. Gabby was 16 at the time and said she knew retirement after London wasn't an option. "I still loved gymnastics. I had a huge passion for it, and I didn't want to give it up at that moment. And I always said to myself I wanted to go to two Olympics," she reflected, admitting that it was "definitely hard" getting used to training again.

Four years later in Rio, Gabby earned her third Olympic gold medal when Team USA finished on top. "I feel like the road to Rio was a little bit harder than London only because I was so young [back then]," Gabby said. "I was so fresh that I didn't really know what I was getting involved in. And so now I knew what it takes and the process and everything else going on behind the scenes."

Gabby's career accomplishments have meant the world to her, especially that record-making honour of becoming the first black woman to win an Olympic all-around gymnastics title. "That moment . . . it's just always going to stick with me because it was so big and so grand," she said. In 1996, Dominique Dawes, a member of the Magnificent Seven, won a bronze medal at the Olympics on floor, making her the first black female gymnast to receive an individual medal (not to mention, she's a three-time Olympian and also the first black gymnast, regardless of gender, to win an Olympic gold medal). Gabby said she views Dominique as an inspiration.

People used to compare the two, saying Gabby, nicknamed the "Flying Squirrel," and Dominique, known as "Awesome Dawesome," had "similar gymnastics." In 2011, before Gabby's Olympic debut, she had the chance to meet Dominique, who gave her advice. "She just told me to go out and do my own thing and just be my own person," Gabby shared. "To not let any of the politics, or just anyone, get involved. And so that really stuck."

Even still, Gabby said she had doubts about the London Games. She was getting "super scared" and wanted to quit. Her loved ones, community, and host family based in Iowa whom she lived with at the time, had poured so much into her career, she said. They made her realise that she couldn't waste "such an amazing gift." She promised herself to go all in, and that commitment paid off when she went on to make history.

Now 23, Gabby hasn't trained since 2016 (when asked about returning for the 2020 Olympics, she simply said she's enjoying her time off) and has continued to find success outside of her sport. She's done countless speaking engagements, published an autobiography, launched a Barbie doll, and appeared in a Hallmark Channel movie.

Taking a break is good, she told POPSUGAR, though she finds ways to stay fit. She'll run on the treadmill, do HIIT workouts from YouTube, and dance around on her trampoline for an hour ("it's really intense," she said with a laugh). She'll sometimes even go to a gymnastics gym, but admits that she can't push it. "I'm just so grateful that I get to experience the world and other people and to just be in this position," Gabby shared. Ahead, check out some of Gabby's past routines — and see what we mean when we say she's the "Flying Squirrel." 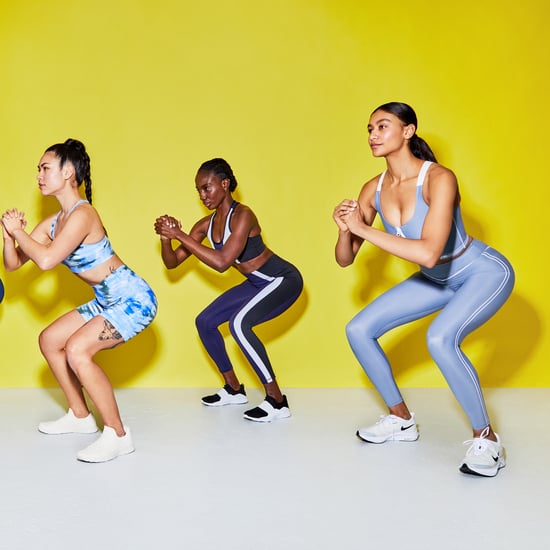