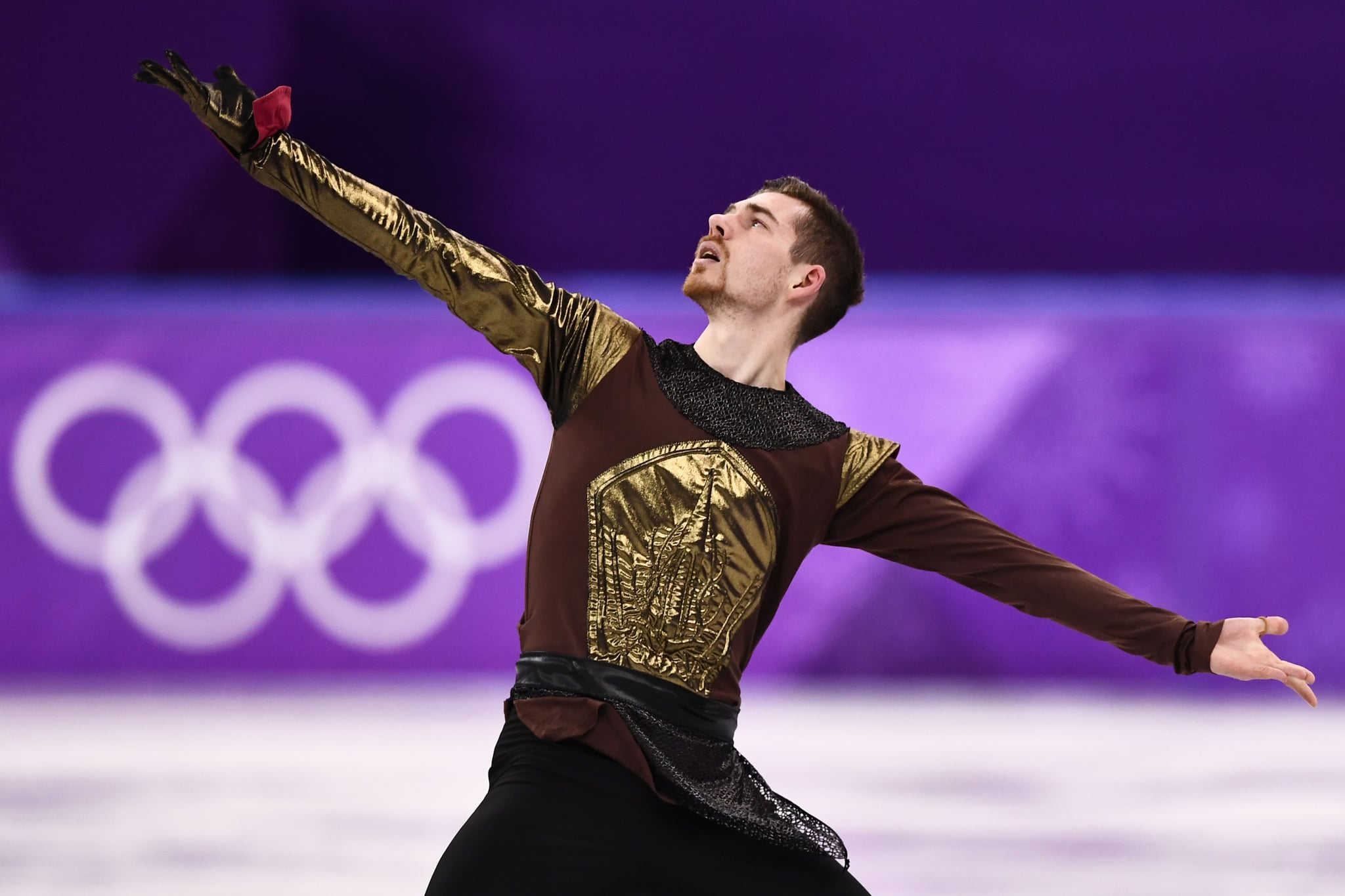 Who needs Game of Thrones every Sunday when you've got the Winter Olympics to keep you occupied? Apparently, German figure skater Paul Fentz — who you might recognize from his eccentric "Wonderwall" routine — misses watching the HBO series as much as we do, because he just paid homage to GOT on the world stage. During the men's single free skate on Feb. 16, Fentz didn't just sprinkle a casual reference to Game of Thrones into his musical accompaniment — he skated out onto the ice in a full Jaime Lannister costume, including a gold breastplate and a red-lined glove to represent Jaime's severed hand.

Even if some moves throughout the routine didn't go exactly how Fentz had planned, the skater earned the adoration of fans everywhere for his shameless act of nerdiness on the ice. What matters more — Olympic medals, or Lannister gold? Considering that Lannisters always pay their debts, so we're inclined to think the latter.

Watch a snippet of Fentz's epic Game of Thrones free skate above, then follow along with the rest of our Olympics coverage. Winter is here, indeed!

Peloton
Ring the Alarm! The Peloton x Beyoncé Artist Series Is Back and Ready to Get Everyone Moving
by Angelica Wilson 19 hours ago