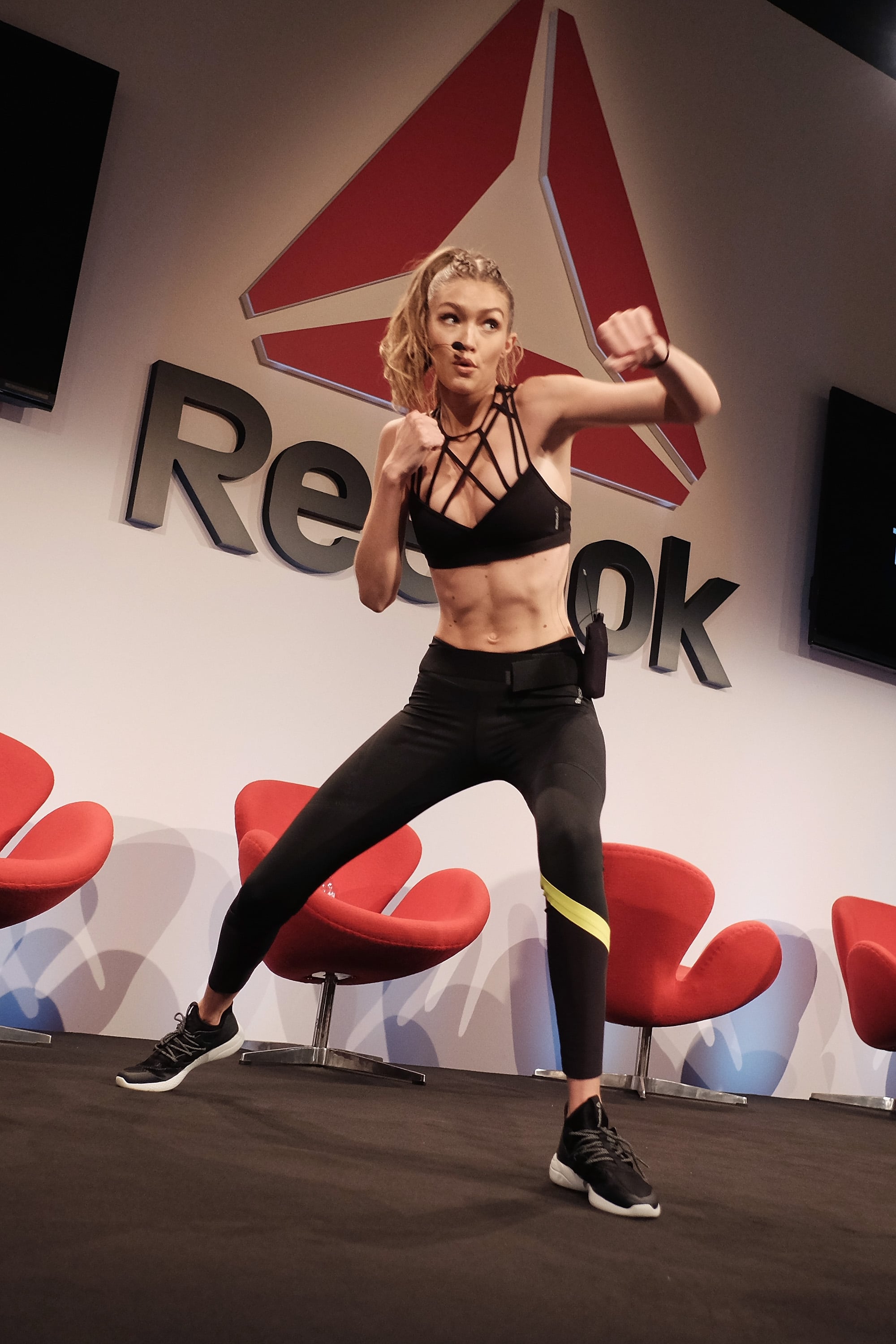 Whether she's slaying the catwalk during Fashion Week or gracing the cover of Vogue, Gigi Hadid always stuns with her impeccable fashion and beauty looks. In addition to her gorgeous style, the supermodel is also super athletic, rocking a six-pack in her Calvin Klein underwear and toned arms in her Instagram posts from the boxing gym. While we can't wait to see what Gigi wears to the 2018 Met Gala on May 7, we know she'll arrive on the red carpet in tip-top shape. Here's how the 22-year-old stays fit and toned.

Gigi is a regular at Gotham Gym in New York and trains with Gotham owner Rob Piela. "When you're boxing, you get so into it mentally that you kind of forget what's going on and you forget that you're working out," she told Vogue in 2015. "You always want more." She showed off some of her new moves too, including a jab and an uppercut. The boxing workout also included jumping rope for more cardio.

Related:
Gigi Hadid Opens Up to Blake Lively About Body Image: "We Can't Look Back With Regret"

She Focuses on Her Abs

Gigi's defined six-pack is no accident; the model works hard with her trainer to sculpt her abs. Rob shared her core-focussed workout with Vogue in 2016: warm up your core with 10 minutes of boxing, then three sets of 40 crunches each. After that, you raise your heart rate with 10 minutes of boxing and do three sets of 40 bicycle crunches each, kicking out each leg once per bicycle. Then she boxes for another 10 minutes and holds a plank for a minute.

Although Gigi can hold a plank for a minute, she's not a huge fan of the exercise; the supermodel did a Q&A with her trainer while holding a plank for an ad for Reebok last year.

She Has a Tough Lower-Body Workout, Too

Gigi's trainer tends to keep it simple with bodyweight exercises. He gave Self a 25-minute cardio and leg workout comprised of intervals of boxing and intervals of strength training. The strength intervals included squats, donkey kicks, plié squats, and banded squat walks.

She Works Out on the Road

Although Gigi works out with Rob when she's in New York, she's often travelling for work. When she's on the road, Rob still makes sure she gets a good workout in. "We get together as often as possible, and when she's here, we turn it up a notch," Rob told Self. "But she's a great friend of mine. We FaceTime when she's on the road. The motivation and support, no matter where she may be, is critical."

She Eats a Balanced Diet

Gigi eats pretty healthy most of the time, but definitely allows for cheats. "My personal motto is: 'Eat clean to stay fit, have a burger to stay sane,'" she told Harper's Bazaar. For breakfast, she usually has bacon, scrambled eggs, and toast with coffee and orange juice. If she's in the mood for a cheat meal for lunch, she'll get a burger from JG Melon in New York. Otherwise, she has an arugula salad from The Smile cafe in New York. Although she loves cooking for dinner, she'll sometimes get sushi for takeout for dinner. And, of course, she leaves room for ice cream.

"There used to be an Emack & Bolio's on Houston Street, which is my favourite ice cream place. I love the Grasshopper Pie," she told Harper's Bazaar. "One day it was closed and I almost cried. Now I'll just Postmate pints of it to my apartment." 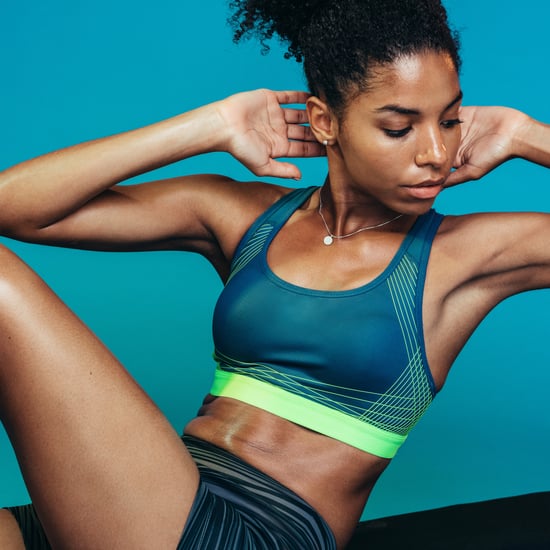 15-Minute Workouts
Your Core Will Quake After This 15-Minute Pilates Ab Workout — No Equipment Needed!
by Jenny Sugar 2 weeks ago