Goji berries might seem like a brand-new trend (or a Gwyneth Paltrow cupboard staple), but they've been used in traditional Chinese medicine since about 200 BC. And it's no wonder that they've been used for so long — these little fruits are crazy powerful! 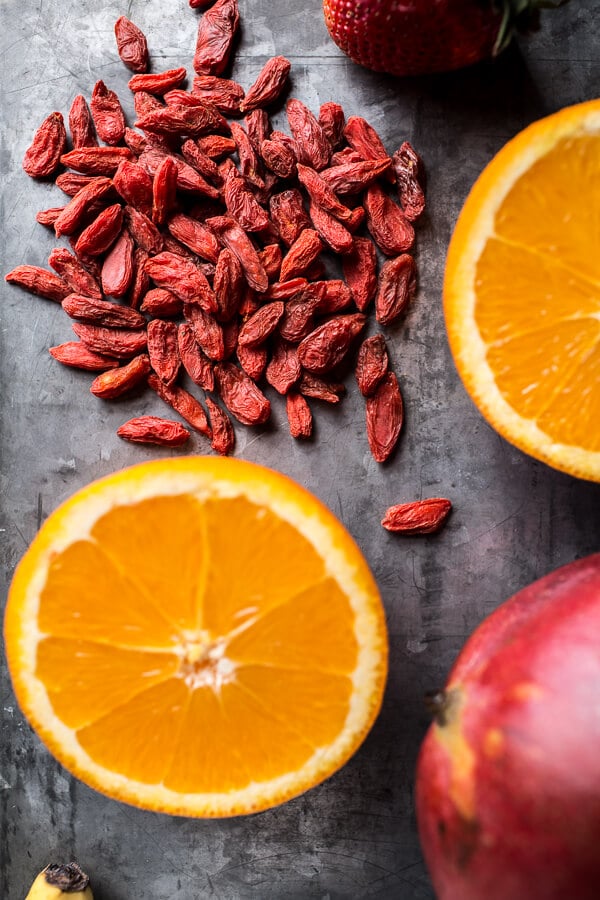 These little red berries are delicious in both fresh and dried form, and you can find them at most health food markets (even in stores like Trader Joe's!). They can also be added to smoothies, chia puddings, açaí bowls and layered oats, salads, and cereal. And now that they're more widely available, here are some reasons you should add them into your healthy diet (with some serious justification for their price!).

WebMD also mentions that although there have also been studies around the goji berry's ability to help with sleep, calmness, athletic performance, and diabetes, more research still needs to be done. The site also notes that goji berries are safe to eat in moderation, but to check with your doctor if you're on diabetes or blood-thinning medication.