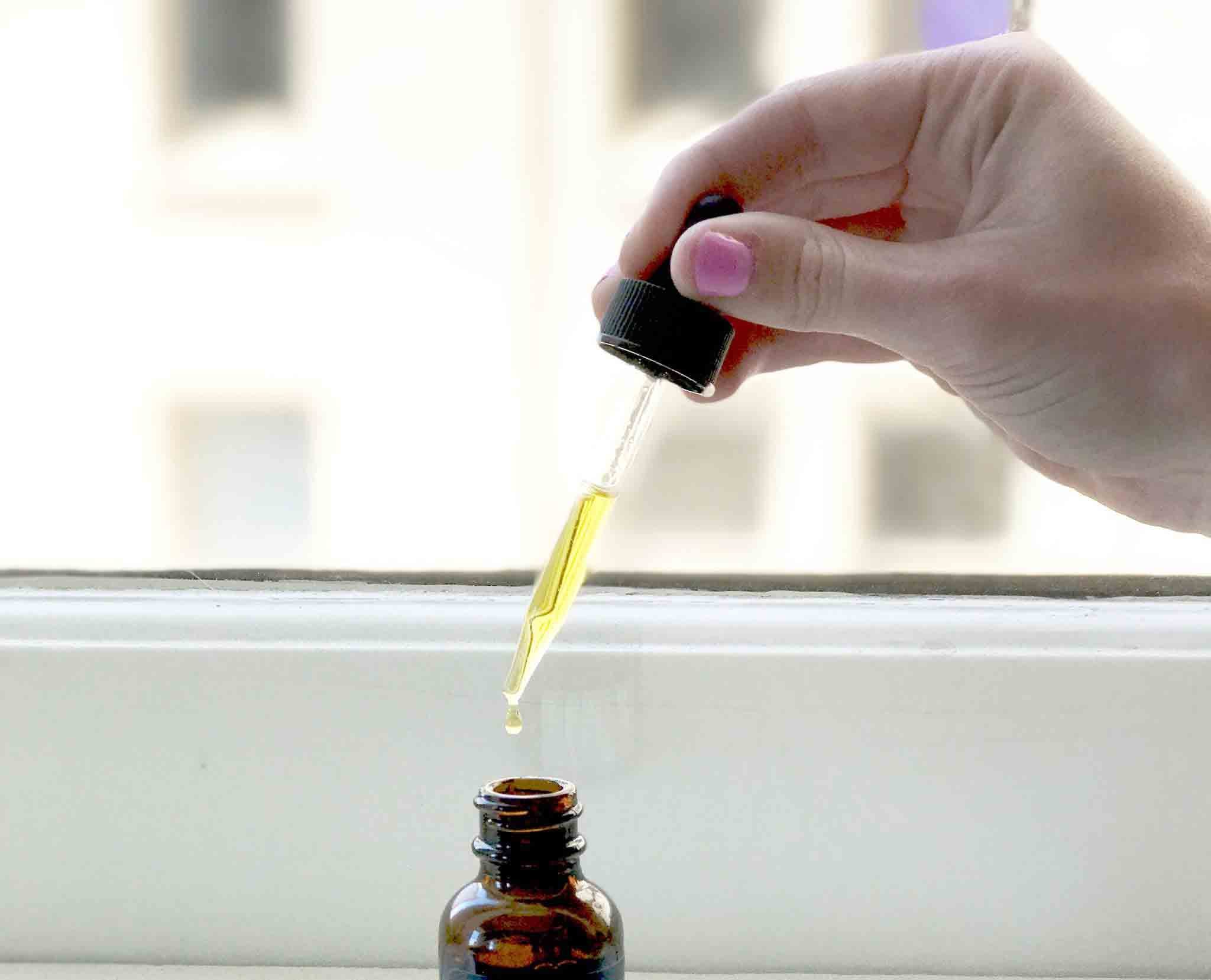 All my years of lifeguarding in the sun and tanning in tanning beds in my late teens finally caught up to me — nearly 10 years after my reckless ways, I had to get a sketchy mole cut out of my arm. Luckily it wasn't cancer, but it was atypical enough that cutting it out would prevent my chances of developing melanoma, the deadliest form of skin cancer.

The process itself was fine and relatively painless, but my dermatologist noticed I was bleeding more than what's normal during the procedure. Although I don't take any blood thinners or hadn't taken aspirin, I did tell her I had taken a hefty dose of hemp oil beforehand to calm my nerves. The next day, my doctor called me back to let me know that CBD oil can prevent blood from clotting and to refrain from taking it for the next two weeks while my sutures are still in and my skin heals. (She also added that my drinking alcohol in the days before could have played a role, too).

Related:
I Took CBD Oil For 7 Days For Anxiety — Here's What Happened

Although there isn't much information on how hemp oil and CBD affects blood clotting, a 2007 study of an obese rat found that a cannabis extract, which contains the three cannabinoids THC, CBD, and CBN, had an anticoagulant effect. Since I took approximately 40 milligrams of hemp extract before my procedure, this could be to blame.

When a blood vessel is injured, blood clotting, or coagulation, is important to stop the bleeding by forming a clot over the injury, according to the American Society of Hematology. However, if an abnormal clot forms in the vein, it may restrict the return of blood to the heart and result in pain and swelling. It could also lead to deep vein thrombosis, or DVT, in which the clot travels to the lungs and is incredibly dangerous.

Before any kind of operation or procedure, consult with your doctor about the medications, supplements, or other drugs and alcohol you are taking. This could end up having a major impact on how your procedure turns out.

Image Source: POPSUGAR Photography / Dominique Astorino
Any cannabis products referenced above are not intended to diagnose, treat, cure, or prevent any disease. The writer is not a medical doctor, and their experience is based on personal use, the results of which may not be typical or intended. The legality of cannabis products varies by state, and readers are encouraged to check their local laws before purchasing and using cannabis products. Nothing in this article should be construed as advice regarding the legal status of cannabis products. Any views expressed in this article by a third-party sponsor are those of such sponsor, and do not necessarily represent the views of POPSUGAR.
CBDHealthHealthy Living

health
This Counting Trick — No, It’s Not Sheep — Always Puts Me to Sleep
by Maggie Ryan 1 week ago