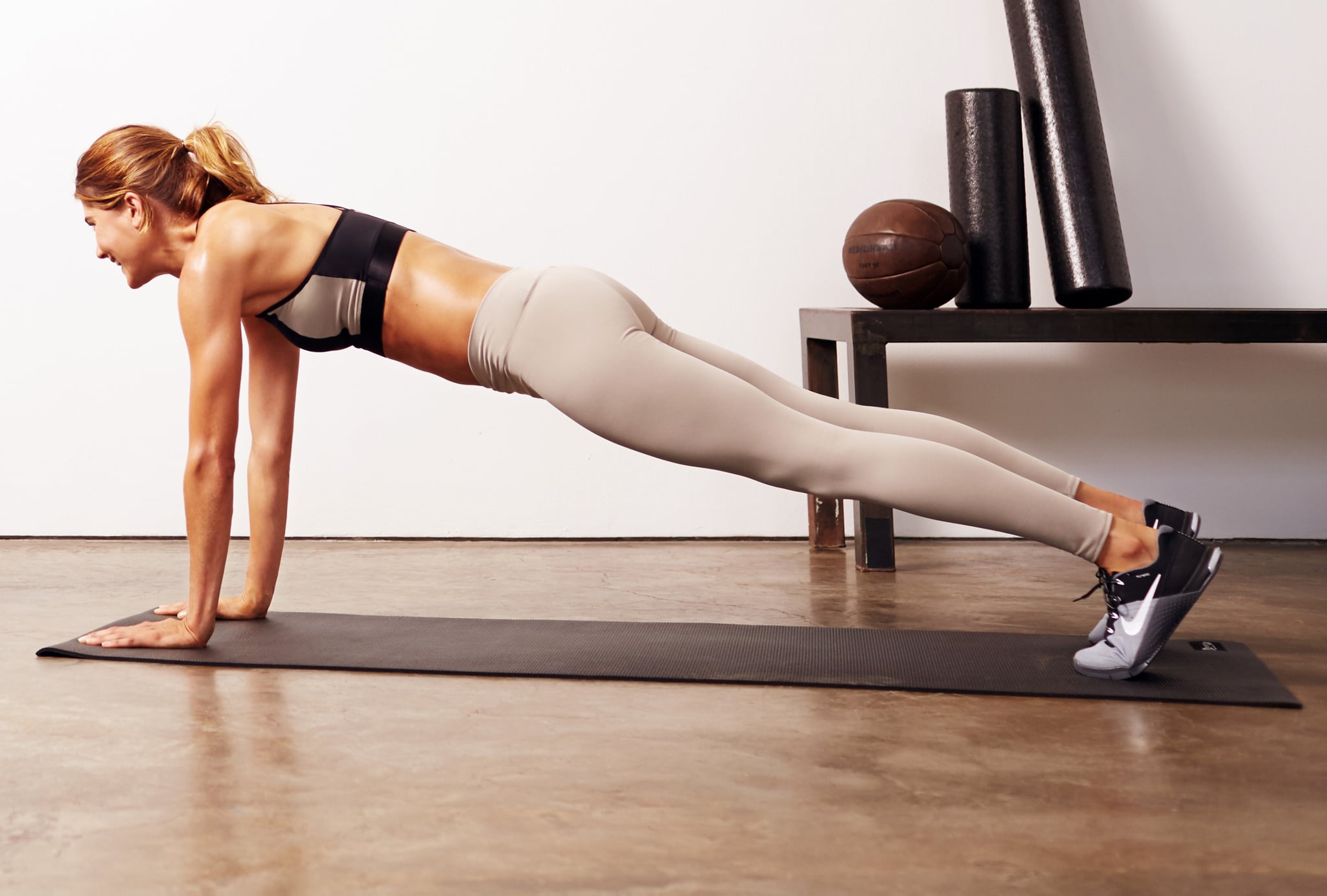 Let me tell you about my relationship with push-ups — as in, it didn't really exist. After years and years (and years!) of working out, being able to do a set of perfect push-ups never seemed to happen for me. I can plank for a decent amount of time, can deadlift a respectable barbell weight, and have run my fair share of races, but push-ups? Nope. And as a fitness editor, this has always felt embarrassing. This month I decided to get serious to conquer the elusive push-up and invested in personal training.

Related:
A Trainer Shares His Favourite Moves For a Strong Bum and Better Overall Health

My first session with Austin Lopez, BS, CSCS, and trainer at DIAKADI, was a lesson in honesty. For years, my typical workout routine consisted of stringing together studio classes. One day I was at SoulCycle, the next day I was popping into yoga, and later in the week I threw in a couple of HIIT classes. At what point, Austin asked me, was I doing focused push-up work (or even going to the same studio enough to track my progress there)? If you want to master push-ups, you need to be doing push-ups on a consistent basis — period. Even if you have a strong core, arms, and chest, your body hasn't been consistently tasked with using them together in this specific movement. So we dug in, and in the process I was taught a push-up modification that trumps all others: the negative push-up. 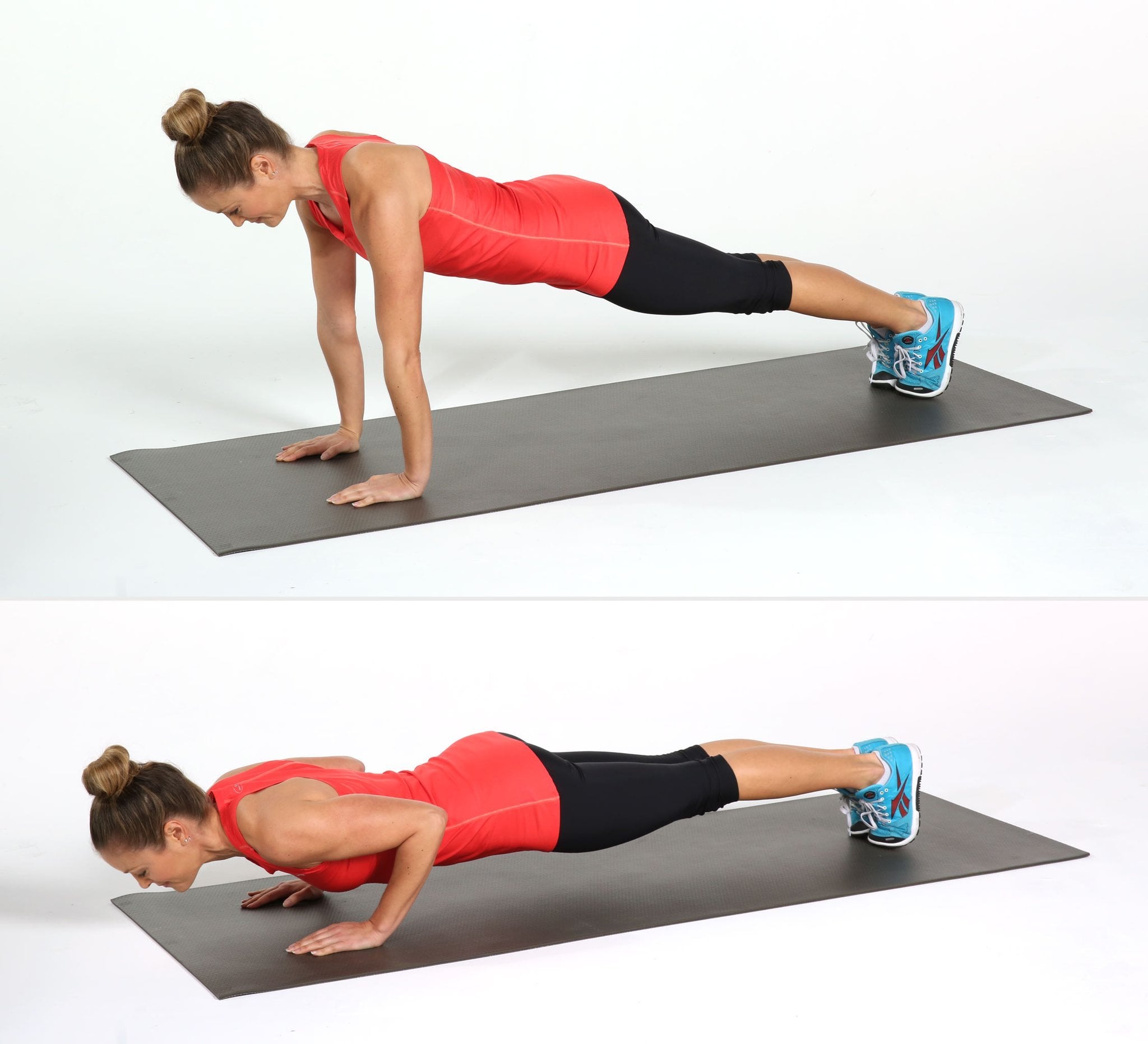 A negative push-up focuses solely on the downward (aka eccentric) movement of the push-up. An easy way to envision the exercise is to think of it like doing one-half of a full push-up; by putting all the load on the eccentric movement, "you focus on elongating the muscle," said Austin.

"Because of the eccentric loading, you do a lot of 'damage' to the muscle, which is good when it comes to strength," said Austin. "When the muscle rebuilds itself, it will have to increase the size of its fibres that were damaged, making them stronger and better at contracting." In layman's terms: first you're gonna feel sore, and then you're gonna get swole.

Doing negative push-ups has been a total revelation for me. The modification has forced me to keep more control of my body and has tasked my muscles to turn on and work. I've been more aware of my form while still staying in the same movement as the conventional exercise, and I'm excited to say that I'm doing more push-ups on my toes than ever before.

Related:
1 Expert Shares Why You Need to Focus on the Short Term to Hit Long-Term Goals

An important note from Austin, trainer extraordinaire, "The most important part of this is to make sure you don't lose form while going down [in negative push-ups]; otherwise, you might as well not do them." A couple of form cues to keep in mind: be aware of your hips, and do not allow them to drop. If they do, it means "the abs are not being turned on or are not strong enough." Also, stop shrugging your shoulders up to your ears! "Not only does this take away from the desired effect of a push-up — chest, shoulders, triceps work — it also sets your shoulders up for long-term damage. A great tip for taking the shrug out is to rotate your elbows so that the pit [inside bend] of the elbow faces forward, and engage your hands to really grip the ground. 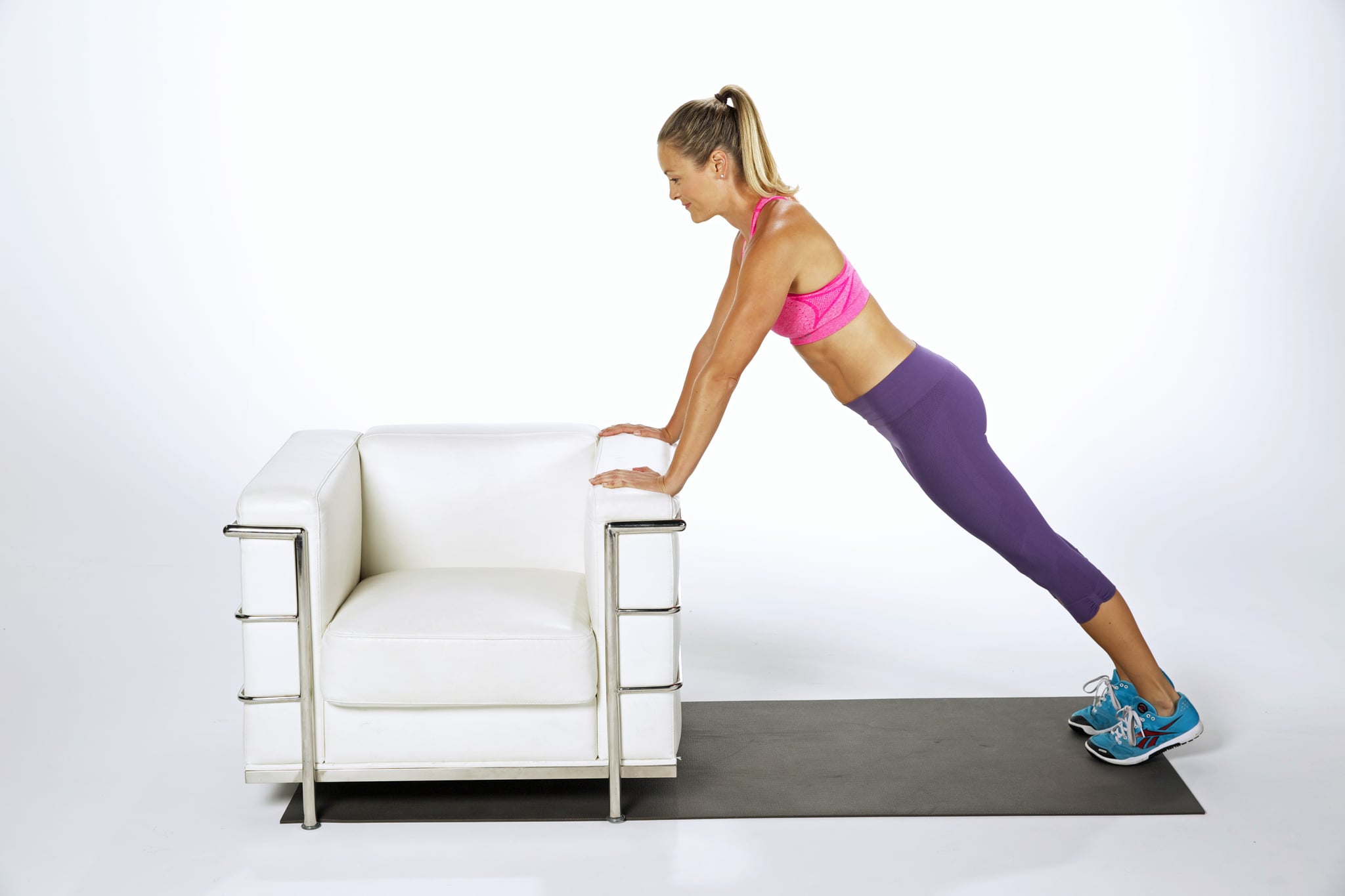 If your form is still off, try to modify by doing an incline push-up over choosing a push-up on your knees. "These are a little better at increasing your strength in the actual push-up because you are stressing your body in the way that is desired long-term," he said. As you become stronger in the move, continue to lower the angle of your push-up until you're parallel with the ground.