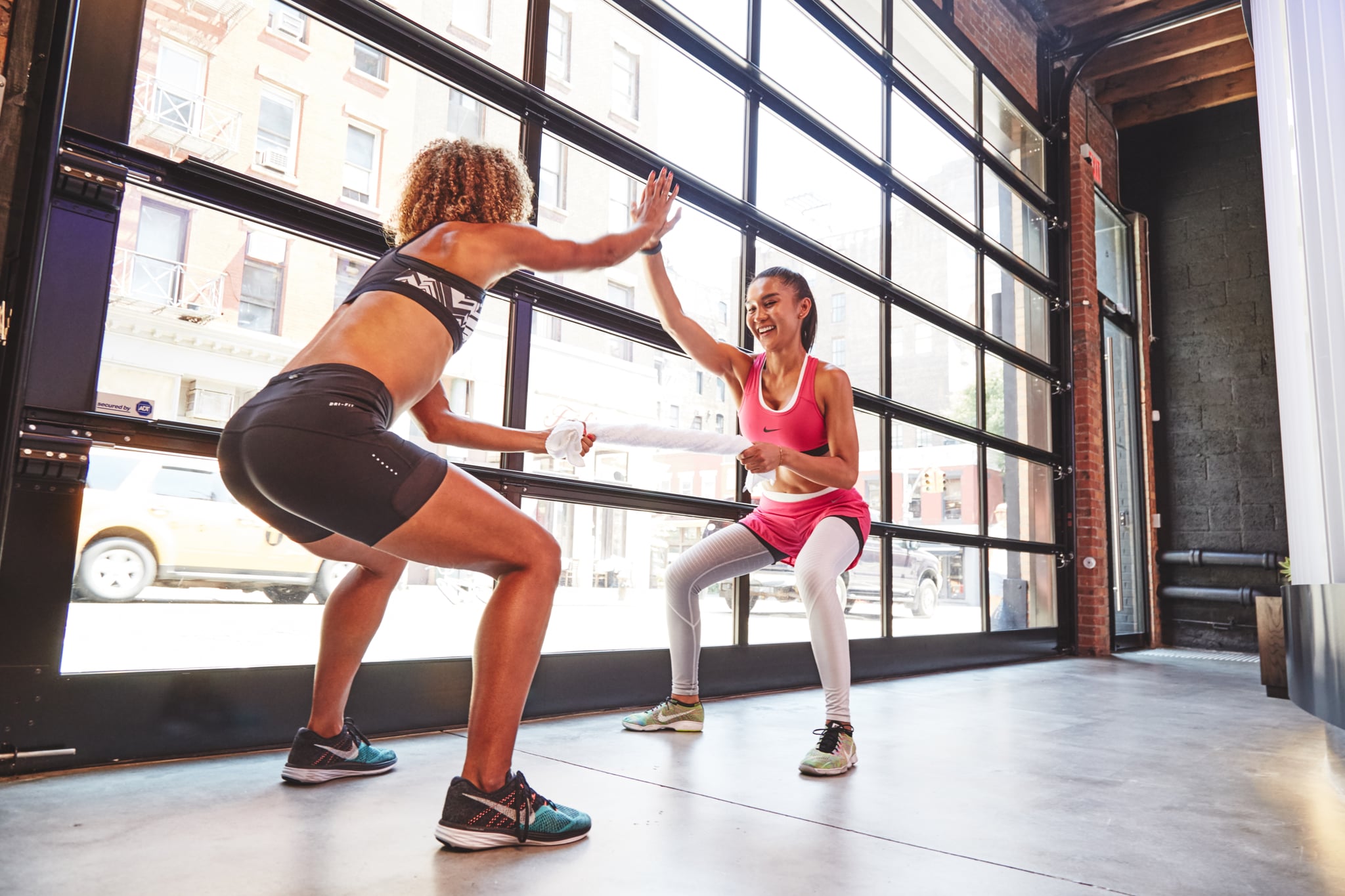 We've seen that competition — whether on TV or between friends — has helped people lead healthier lifestyles by losing significant amounts of weight. There are a variety of factors that can contribute to one's weight loss, but these days, competition seems to be one of the best ways to jump-start any transformation. POPSUGAR spoke with Q Jefferson, personal trainer and owner of SWAT Fitness in Tucson, AZ, about how he's used competition to help men and women achieve their fitness goals.

Simply put, "Competition fabricates motivation for people that they haven't felt in a long time," Jefferson told POPSUGAR. What do we do when someone is positive we can't do something? We make it our goal to prove them wrong, and most of the time we end up accomplishing whatever the challenge was. Whether it's holding a plank for a minute or giving up sugar for a month, it motivates us. Jefferson created a program called the Sisterhood of the Shrinking Pants, a four-month-long women-only challenge dedicated to losing body fat and building lean muscle mass. For every percentage of body fat lost and every pound of lean muscle mass gained, the competitors earn one point. At the end of the challenge, the person who has accumulated the most points wins a grand prize of $6,000.

Jefferson explained to POPSUGAR that telling someone they have the chance to win a prize (insert your dream car, holiday, or thousands of dollars here) attracts people, "giving them a slight fire underneath their ass." He shared that while a competition is what gets people in the gym initially, people often finds themselves no longer caring about winning the prize, because they've "won" a gym to call home and friendships, plus they've lost weight. "That's pretty much what they want out of it," he explained.