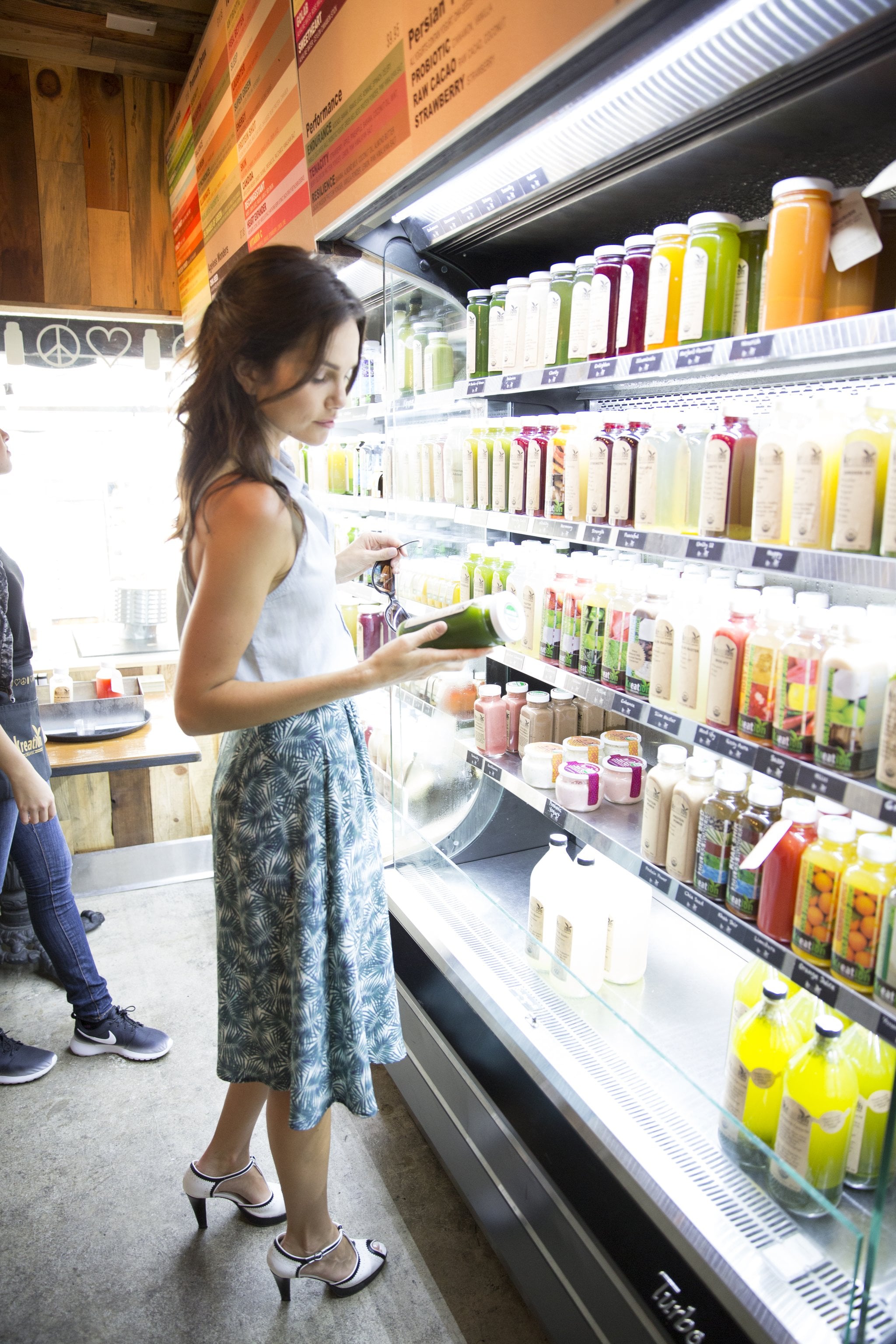 "I know this is basically all carbs but . . . " I stopped myself mid-sentence when I realised I was trying to justify my food to someone else. I had ordered a gluten-free banana almond butter toast with local honey and cinnamon from a healthy cafe — a seemingly very healthy meal — but found myself borderline self-shaming for my "indulgent" choice in a carb-laden breakfast.

Pause for a moment: raise your hand if you've ever made yourself feel bad about a food choice, regardless of what that choice was. Raise your hand again if you've justified what you were eating to someone else, or have been ashamed of what you've ordered or eaten in the company of friends.

This is not cool, guys! And I know this because I've been there, too. It's a form of food shaming, and it's not chill.

We're shifting into a healthier, more accepting mindset with our bodies — loving our shape, embracing imperfections, and celebrating every stage of our physical journey. But have we refocused our negativity and self-deprecation to what's on our plate? I'm personally trying to nip that in the bud, stat.

I've noticed myself and others adopting a mindset of "it's healthy . . . but not healthy enough." For instance, an acai bowl is arguably a healthy breakfast, but you could find yourself saying, "It's all sugar," or, "There's not enough protein." Hello! It's natural sugar from fruit, not processed sugar and flour, and not every single thing you eat has to have protein.

Why are we in a competition with ourselves and the universe to out-healthy one another, so much so that we shame our otherwise-healthy choices? "Mmmm, that kale smoothie looks good, but the almond milk is sweetened so it's basically a Snickers." The f*ck?? We really need to wake up from this.

This also applies to foods that aren't conventionally healthy, like eating a piece of pizza or having a cocktail; we shouldn't feel guilty or like we need to earn these indulgences. I'm not saying just eat whatever the f*ck you want — we should absolutely be conscious about our choices. Obesity is still a problem in our country, as is heart disease, sugar addiction, etc., etc. But I am saying to acknowledge food as a choice, as fuel, and often as a means of pleasure and enjoyment — and that's OK! This is why we love the 80/20 approach to eating!

One of my favourite quotes about this idea was from a woman I interviewed last year about her 100-pound weight-loss journey who said, "Food is food and it can be used for fuel or pleasure, but it doesn't define my character." Here's why this is so important:

Your Relationship With Food

Constantly guilting yourself over food choices can spiral into something more dangerous than some off-handed comments (like an eating disorder). What can start off as something lighthearted, even funny (trust me, self-deprecating humor is my specialty), can turn into a truly negative relationship with food. As one recovering anorexic woman told POPSUGAR, "I innocently thought that I was just exercising and eating healthy, but over time, I continued to take it to extremes."

The concept of "healthy" is relative to each person. To my lactose-intolerant friend, my Greek-yogurt-based smoothie isn't healthy, but to me it's an excellent source of protein. There are no hard and fast rules or lines between what is or isn't "healthy," so by arbitrarily making up the rules, we subject ourselves to guilt, confusion, and negativity. Is a life of obsessively counting and restricting calories, second-guessing choices, and feeling guilty and sad at every single meal time something you want to deal with? (Hoping your answer is no, BTW.)

Your Impact on Others

What we say affects other people, too. Whether you like it or not, your words and actions impact those around you, and you might be more of an inspiration to your friends and family than you realize.

A few months ago I overheard some women in a Megaformer class saying, "We can go get those margaritas now — we deserve them!" and my first reaction was "Girl, please!" My second one was, "Is this really the language we've developed to communicate with other women?"

At the risk of sounding like a cheesy motivational cat poster (or a fake Gandhi quote), "Be the change you want to see in the world." Do you want your friends, workout buddies, co-workers, and family members to have a great, healthy relationship with food? Lead by example. If you're calling out your food as "not good enough" or "not healthy enough," you're giving the people around you a reason to second-guess themselves.

How We Fix It

Through my experience and bits of psychological research (including an interview with acclaimed psychiatrist Dr. David Burns), I've identified these distorted thoughts that are cropping up — here's how I plan to destroy them so they never, ever come back. Ever.

Related:
Here's Why You Need to Be Complimenting Yourself a Lot More

Stop yourself in your tracks when you start to notice these negative food thoughts cropping up or if you catch yourself saying them aloud to a friend. Soon enough, you'll have killed this habit before it even had a chance to form or take over your life. And the best part? You'll have a happier, healthier relationship with food. Mmmmm, food.