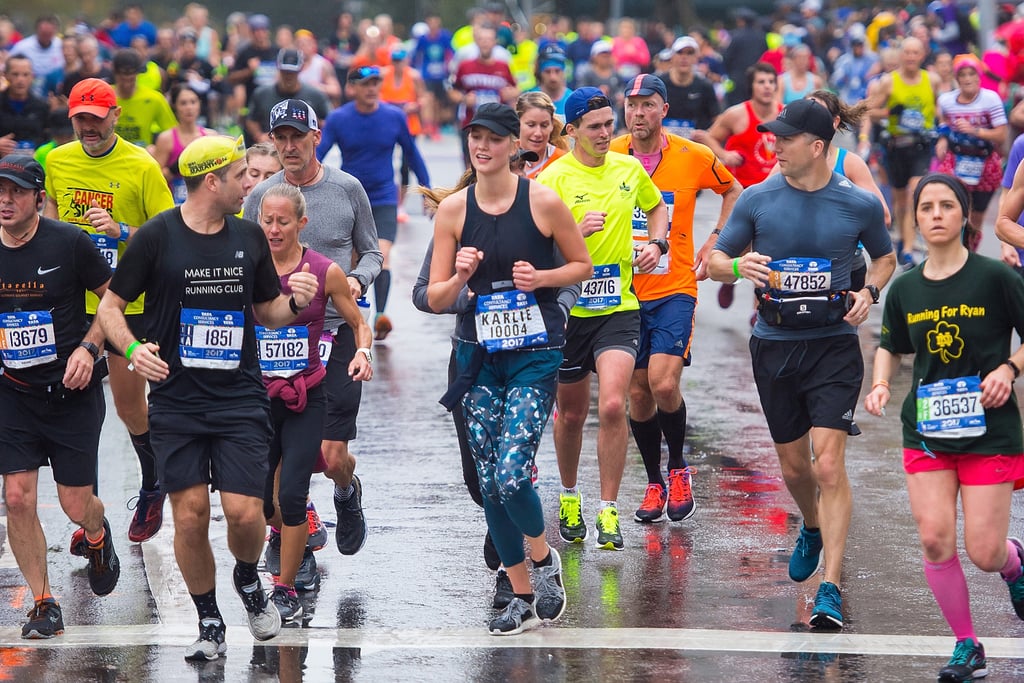 Who's Up For Another Marathon?

It was around the time of Paris Fashion Week two years ago, and Karlie Kloss really needed to get an 18-mile run in — after all, she was training for the New York City Marathon and it was fast approaching. So she remembers lacing up her sneakers and striding through Paris, which is, she recalled, "a beautiful place to run," especially in Fall. That November, she finished the 2017 New York City Marathon in under five hours, clocking in at 4:41:49. Now, the model and founder of coding camp Kode With Klossy said she still can't believe she can call herself a marathoner.

Karlie told POPSUGAR that she started training in Spring 2017, which gave her seven or eight months, and she purposely allowed herself time (note: this recap video of her marathon training shows that she didn't officially sign up for the marathon until about three and a half months before). "I knew I wanted to have a longer leeway of preparing for it and taking baby steps," she said, adding that she never used to identify as a runner growing up because she was more into ballet, swimming, and yoga.

Taking baby steps is one piece of advice she'd give to anyone who wants to run a marathon. "Start with tangible goals that you can reach," she advised. She always had her heart set on completing 26.2 miles, and the New York City Marathon was her main goal. "If I could do that, then I could literally do anything," she said. (Karlie echoes this on Adidas's new Running With video series).

In training for and running her first marathon, she learned that it's not just about the miles, "it's truly about a holistic approach to prepare your body and your mind." Running, for her, became as much about mental strength as physical strength; she had to work on building up tenacity and resilience to stay committed. Aside from looking to coaches like marathoner and former Olympian Jen Rhines for guidance, Karlie also had to focus on taking care of her body, getting enough sleep, and keeping hydrated. Her diet is pretty healthy as it is, she said, full of lean protein and vegetables, but she wouldn't shy away from carbs or cookies either in the months leading up to the marathon ‚ definitely not cookies.

Karlie wants to have another go at 26.2 miles — and improve on her time at that — but she still makes running a huge part of her routine today. "I love just what running does in my life and the freedom and flexibility to be able to do it anywhere, anytime," she said. Her last big race was the Berlin Half Marathon this past Spring, which she did with her entire Kode With Klossy team. "Running is something that's both individual and kind of communal. For me, I know I'm pushing myself in my own head to get faster and to be committed to showing up for myself," she said.

Now, Karlie typically works out four times a week and tries to keep it fun and full of variety with HIIT, strength training, and longer cardio. She goes to Dogpound to work out with her trainer, Kirk Myers, when she's in New York. And when she's on the road, she gets a little more creative. "Trying to keep up a fitness routine while travelling was a big reason why I started running," she shared. "It's such an easy and flexible workout and an amazing way to explore a new city or familiarise yourself with a new neighbourhood."

Lacing up her shoes to go pound pavement wherever, whenever is "just so consuming" and the discipline to maintain a routine, even outside of training, comes from within, she said. Right now, her favourite running sneakers are these crisp Ultraboosts from Adidas, which she talks about like they're some work of art she's collected for her home. She noted that she was taking a photo of the shoes as we spoke — they're that pristine. "I have this weird obsession with really crisp white sneakers," she said. See for yourself (plus where to buy them) ahead, and check out Karlie in action! 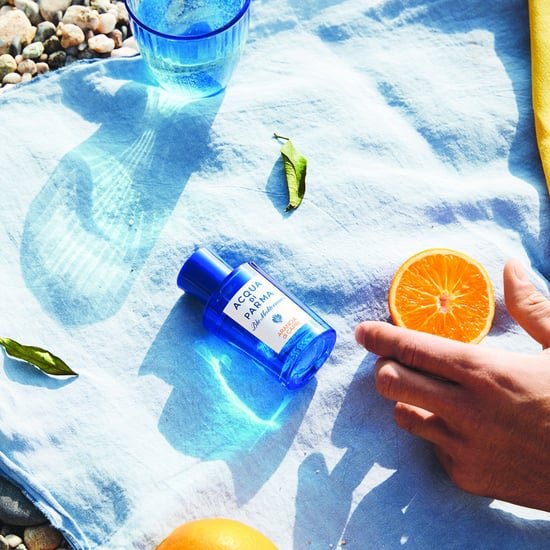 Fragrance
From the Mediterranean to Morocco: These Fragrances Smell Exactly Like Summer Holiday
by Sophia Panych 1 day ago

Makeup
I Tried Pai's Bronzing Drops, and It Helped Me Nail the Post-Holiday Glow From Home
by Jessica Harrington 5 days ago