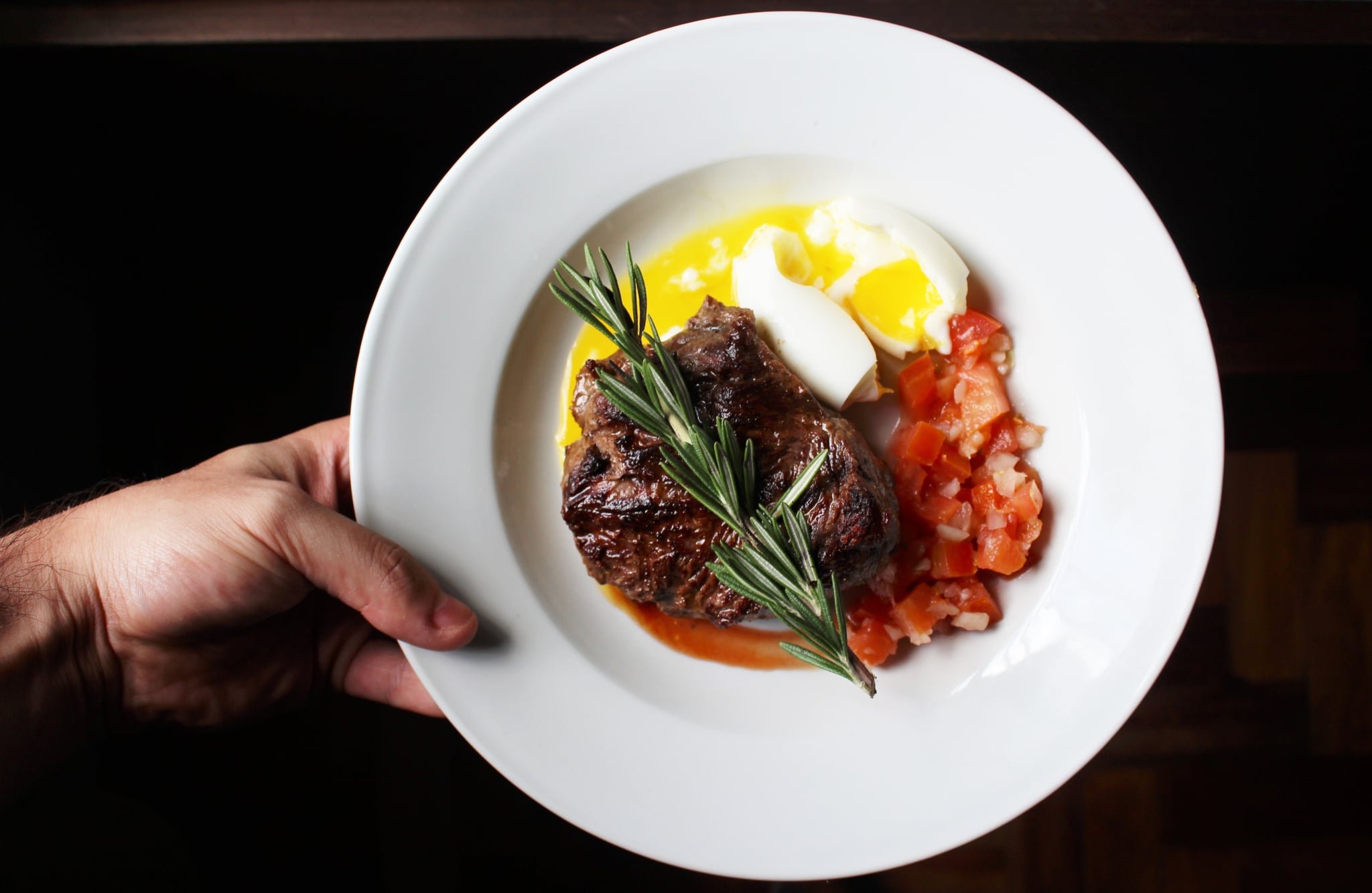 Name a diet, any diet, and there's a good chance I've tried it, twice. I'm a sucker for new ways of changing up my eating habits, not for weight loss but for health reasons. I tend to eat way too much pizza, and when I'm not eating pizza, I'm eating pasta. Diets, whether it's a juice cleanse or going Paleo for a month, are attractive to me.

When I heard about the keto diet, a high-fat and low-carb diet, I wondered if it was something I too should try out, especially because my boyfriend was giving it a try. Within a week, he became ill with what is known as the keto flu, which is when your body has a natural reaction when it switches from burning sugar to burning fat instead. The symptoms of dizziness, brain fog, and stomach pains are compared to being similar to what your body goes through when it withdraws from an addictive substance. Watching my boyfriend engage with the keto flu for a few days made me question whether or not this diet was safe.

Related:
Elyse Ate "Wings and Chipotle" but Lost Over 50 Pounds in 6 Months, Thanks to the Keto Diet

Here are what doctors and health experts have to say about the keto diet.

"Keto diet focuses on consuming extremely low amounts (almost negligible) of carbs and forces the body into a state of ketosis (where the body starts breaking down fat to consume for energy instead of glucose)," Tucker says.

She does advise to watch out for two main things that can happen when you give the keto diet a chance.

"First, low-carbohydrate intake can cause glucose levels to drop, and people may experience symptoms like dizziness and in worse cases faint and injure themselves," Tucker says. "The other significant complication is ketoacidosis, which occurs when there is high concentrations of ketones in the blood formed by the breakdown of fatty acids and the deamination of amino acids. This can have deadly consequences for people in high-risk categories, namely Type 1 Diabetics."

Laurie Endicott Thomas, an MA, ELS, says that no population has ever lived on a ketogenic diet, not even the Inuit (Eskimos) who were eating their traditional diet and did not go into ketosis unless they were fasting.

"The populations that have the longest and healthiest lives eat a low-fat, high-carbohydrate diet based on plant foods, with a heavy emphasis on starchy staples such as grains (wheat, rice, corn, etc.) or starchy vegetables (potatoes, sweet potatoes, etc.)," Endicott Thomas says.

If you are looking to get on the ketogenic diet to lose weight, manage diabetes, or prevent chronic disease, Dr. Jamie M. Koonce, a L.Ac., DACM, says it's not right for you.

"First of all, we must consider that the keto diet must be very carefully constructed in order for ketosis to be achieved and maintained, and the restriction of healthy carbohydrate containing foods (fruits, starchy vegetables, grains, legumes) can lead to nutritional deficiencies and overall poor health from a lack of antioxidants, polyphenols, fibre, and other phytonutrients found in these foods," Koonce says.

Related:
Experts Say the Keto Diet May Have an Unexpected Emotional Benefit

If you do want to give the keto diet a shot, Koonce recommends you plan your meals out so they incorporate important nutritional items.

"A 'properly constructed' ketogenic diet would need to consist of healthy foods like leafy greens, avocados, cruciferous vegetables, nuts, and seeds (not bacon, sausage, cheese, and buttered coffee) in addition to various supplements to prevent nutrient deficiencies and to deal with common side effects like brain fog, poor sleep, and electrolyte imbalances, and it would require careful monitoring of serum ketones and blood glucose using a meter that would require pricking the finger several times a day like a diabetic."