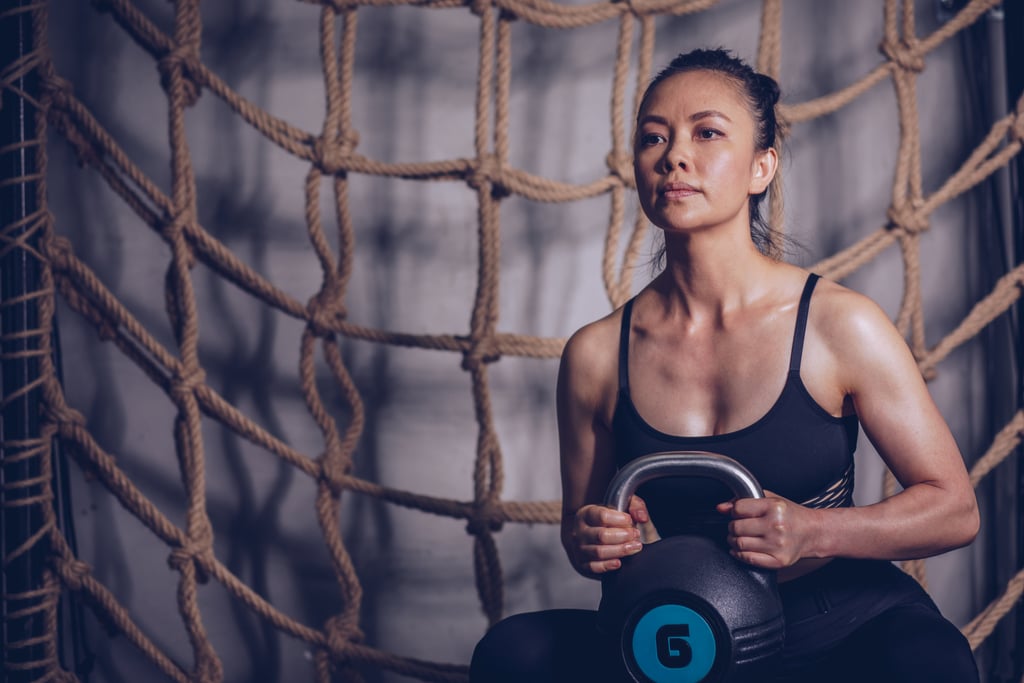 We're going to start off by telling you this: when it comes to getting your six-pack abs, you can do a million planks, Russian twists, and TRX knee tucks, but if you aren't watching what you eat, you won't see results. NASM-certified personal trainer Lacee Lazoff, who specialises in kettlebells, wanted to stress the fact that diet is the most important thing.

To see real tone, she explained, "adding muscle and reducing body fat is the only way to get there." And, sticking to a well-balanced diet is key. Read more on that here.

So, Are Kettlebells Good For Abs?

Kettlebells are, though, one of the best strengthening tools for abs, Lacee said, because they're often racked close to the body, which forces the core to work hard, especially as the weight gets heavy. "Big picture: your core will never stop working when using kettlebells, no matter what the movement," she stated, since most exercises require core stability.

Vincent Metzo, LMT, CSCS, dean of advanced personal training at the Swedish Institute of Health Sciences and the director of education for Kettlebell Concepts in New York City, similarly said that the majority of kettlebell exercises are total-body moves, but are great for training the core. "[The] dynamic nature of kettlebell exercises makes them particularly effective for stabilising the trunk [aka, core] during movements," he said. Vincent, who also has a master's in exercise physiology and fitness management, added that kettlebells create more inertia than using dumbbells or other weights, meaning they're harder to get moving, so there's more resistance. He and Lacee both agreed on three moves that work your abs:

Ahead, check out how to do these three moves, plus bonus exercises from each trainer and a kettlebell Class FitSugar video at the end. Note: the moves themselves are not a workout. Pick and choose which ones to add to your next sweat session to get that core burning. (We'll have the fire extinguisher ready.)

Stretching sequences
Going on a Walk? Here Are 7 Dynamic Stretches to Do First, Physiotherapists Say
by Maggie Ryan 2 weeks ago