Mark Talking About Cryo With Ellen

Mark Wahlberg has been insanely toned for decades, but he recently shared his obsession with cryotherapy with Ellen DeGeneres, and he might even convince you to try it! On Wednesday, the 47-year-old actor sat down on The Ellen DeGeneres Show, where he talked about his go-to recovery technique and how far he's willing to go for the sake of cryo. Last month, Mark was on holiday with his adorable family when there was no cryo chamber in sight, so he had to do what any cryo-craving person would do and submerge in 55-degree water, calling it "God's cryo."

If you think that sounds wild, just wait until you hear him describing the cryo chamber. "The cryo chamber is like 150 [degrees] below zero. You go in for three minutes, but you can move around, you can listen to a song. It helps with your recovery, takes out all the lactic acid, inflammation," Mark said before Ellen chimed in questioning the alarmingly cold temperature.

He ran through the details, explaining the necessary accessories to endure cryotherapy — mask, gloves, socks, hat, and, of course, underwear — but one cryo spa in Columbus, OH, is so cold that he had to cover his nipples to prevent freezing. Watch Mark explain what happens to his "stuff" in those temperatures, and check out some of his crazy workout videos ahead. (PS — we're not exaggerating when we say "crazy." The guy literally wakes up at 3 a.m. every day to be in the gym by 3:30 for a two-hour workout!) 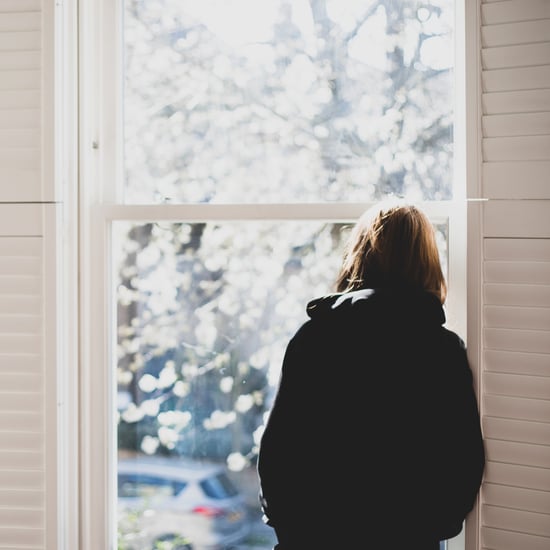