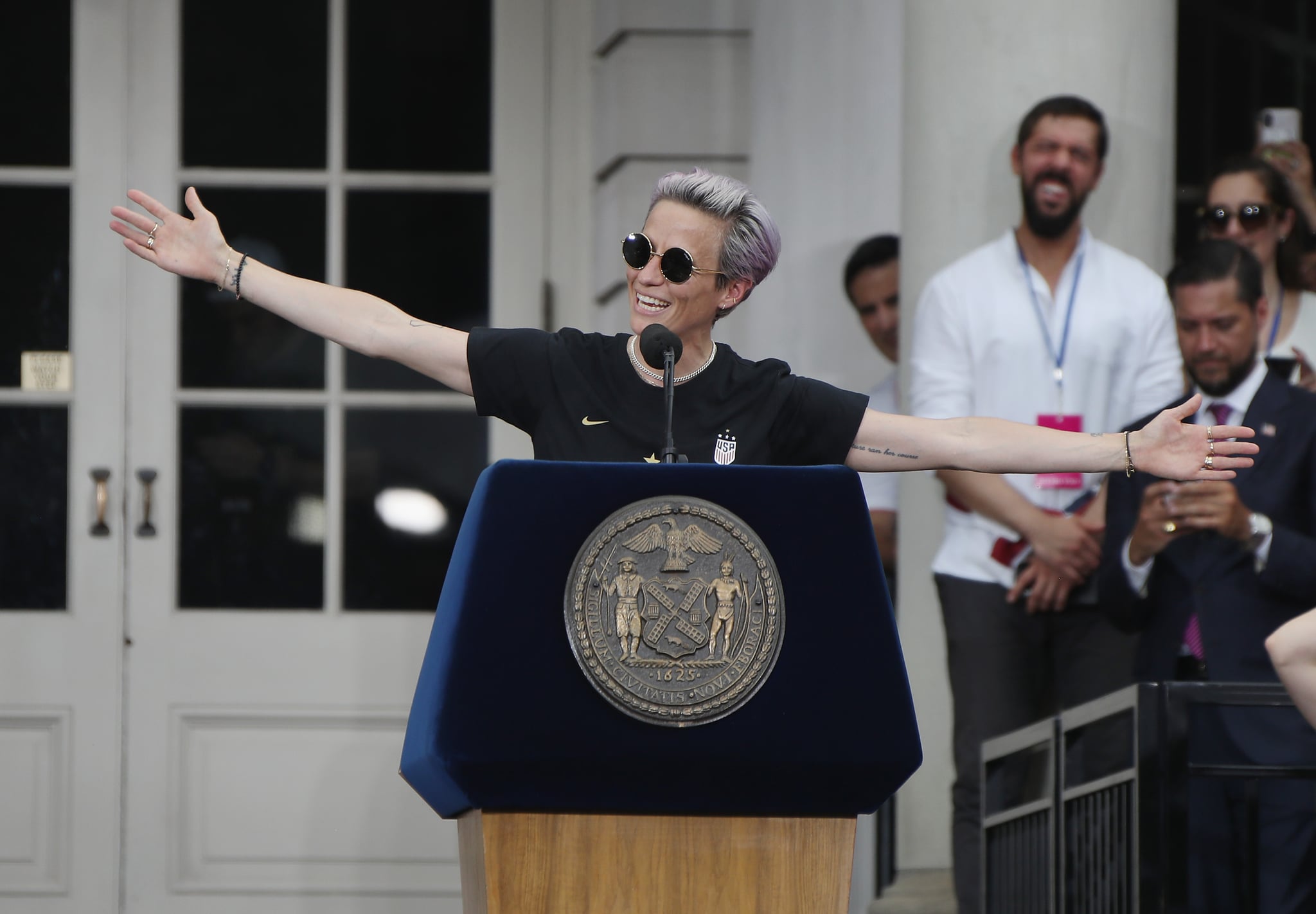 The US Women's National Team is unapologetically living their best lives after their record-breaking World Cup win, and Megan Rapinoe is leading the charge. She won awards as the tournament's top player and top goal-scorer. She's yelling "I deserve this" while holding the World Cup trophy and popping a bottle of Champagne, the complete embodiment of a capital-M Mood. And she fired up huge crowds in New York City and across the world with a poignant, empowering speech imploring unity and love.

The speech followed a ticker-tape parade through New York City in which the team and the crowds were showered with Champagne and pounds of confetti under the bright New York sunshine. (The pictures are amazing.) The celebration concluded at City Hall, where Megan's fellow co-captains, Carli Lloyd and Alex Morgan, as well as coach Jill Ellis, recognised the team and thanked fans for their support. Megan was last up, delivering a speech that channelled the team's ebullient energy and humour even as they pressed for something more serious. Not just equal pay, for which the USWNT's fight has been well-documented, but for togetherness, courage, and the belief that every single person can do more and be more, speaking to both those who supported the team and those who didn't.

She even addressed, if somewhat obliquely, the recent controversies surrounding the team before and during the World Cup. "There's been so much contention these last few years," she said. "I've been a victim of that. I've been a perpetrator of that." Referencing the team's lawsuit against US Football, Megan apologised for some of the things she'd said. "Not all of the things," she added with a smile. But she seemed to suggest that the time for being at odds was over. "It's time to come together," she said. "This conversation is at the next step. We have to collaborate. It takes everybody."

Megan closed by entreating listeners to "be more. Be better. Be bigger than you've ever been before." Watch the video below to hear her full speech, by turns hilarious and tear-jerking.