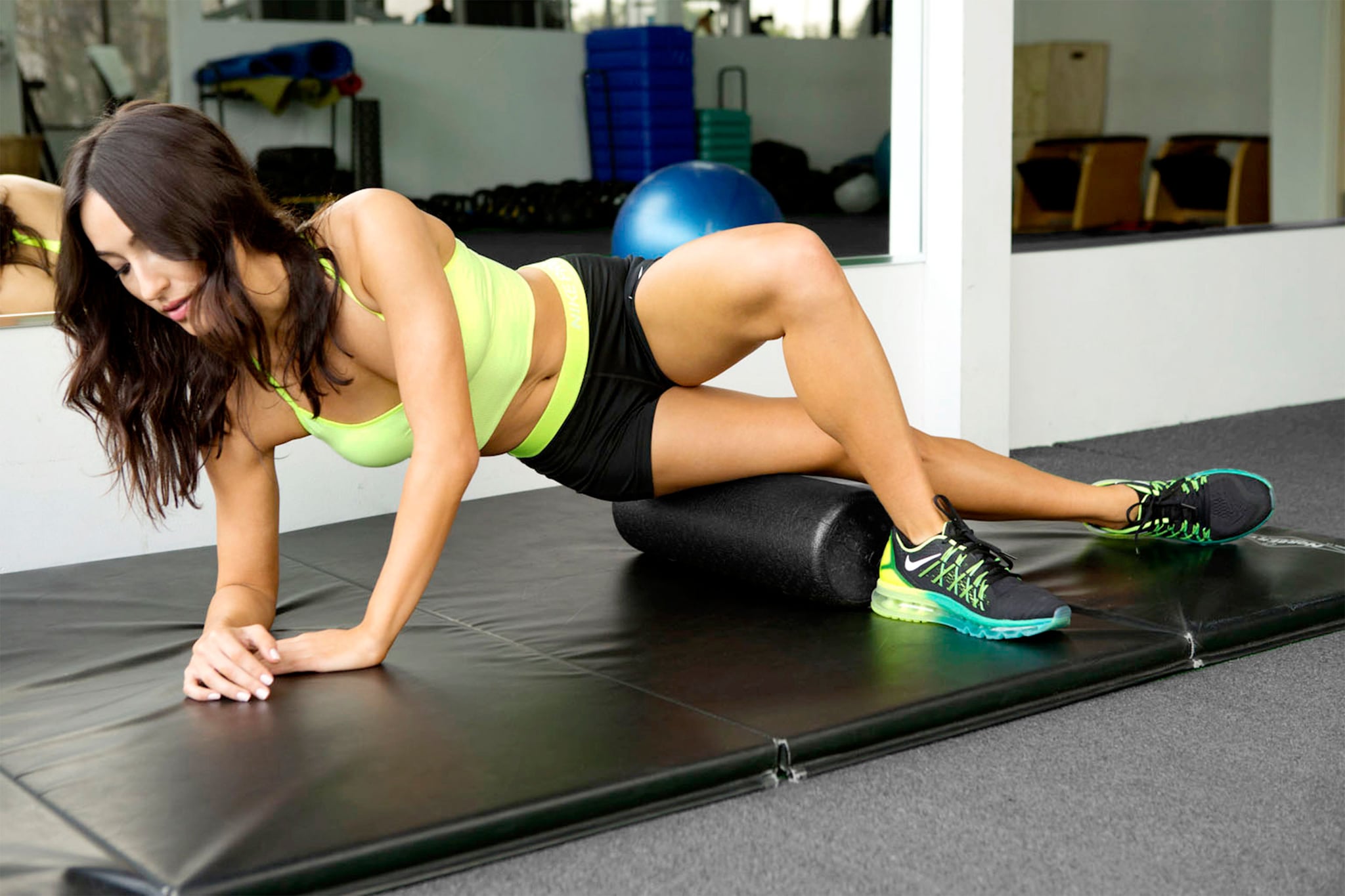 Foam rolling is one of those "it hurts so good" love-hate relationships. You dread it and look forward to it simultaneously. It's essential to muscular recovery, but how can you tell if you've gone too far with this "good" pain?

He was right — I had blue-green bruises from my hip to my knee for about five days. It was freaky, but I did feel better after the bruises subsided. From then on out, I committed to rolling my extratight IT bands regularly.

Have you ever bruised after foam rolling? My bruising experience years ago was forgotten until recently when I was rolling my VMO muscles with a lacrosse ball — and subsequently bruising the crap out of them. I consulted Dr. Kristin Maynes, PT, DPT, and Michael Heller, sports performance analysis coordinator at Professional Physical Therapy, to ask their opinions on post-foam-rolling bruises.

Short answer? Yes. "Especially if you're really tight in that area," said Dr. Maynes, or "if it is the first time performing it," said Heller. Another reason you might be bruising? If you're staying on one area for too long. Dr. Maynes noted that if you're rolling one muscle area for two to three minutes, you're bound to see some bruising the next day.

Related:
Knee Pain? This Rolling Technique Is a Quick Fix

When you're foam rolling, you're breaking up scar tissue and adhesions (a specific type of scar tissue that occurs from inflammation, trauma, etc.). When you put your "bodyweight pressure on a concentrated myofascial area," you are "breaking adhesions, as well as [creating] small tears in tightened muscle fibres," said Heller. "This causes blood to be trapped under the skin, giving the appearance of a bruise."

It's nothing to worry about, but don't go rolling that area again until the bruise clears up . . . ow!

How Far Is Too Far?

How do you know the difference between normal discomfort and injury-inducing pain? "Foam rolling is done to a person's pain level tolerance and threshold," said Dr. Maynes. "If it's too painful, don't do it." Seems pretty simple, right? Don't push it too far, and make sure you stretch. "If it's causing more harm than good (physically and mentally), and if it's too painful you can't stand it, then stop," she said. "It's not for everyone and it's not going to make or break your recovery if you don't foam roll!"

In terms of pain threshold, she said there's a "good pain" that is similar to the sensation of a deep-tissue massage, and that if you experience it, proceed with your rolling regimen.

Trainer Tips
Holding Tension in Your Body? Relax and Unwind With These Restorative Yoga Poses
by Colleen Travers 2 days ago