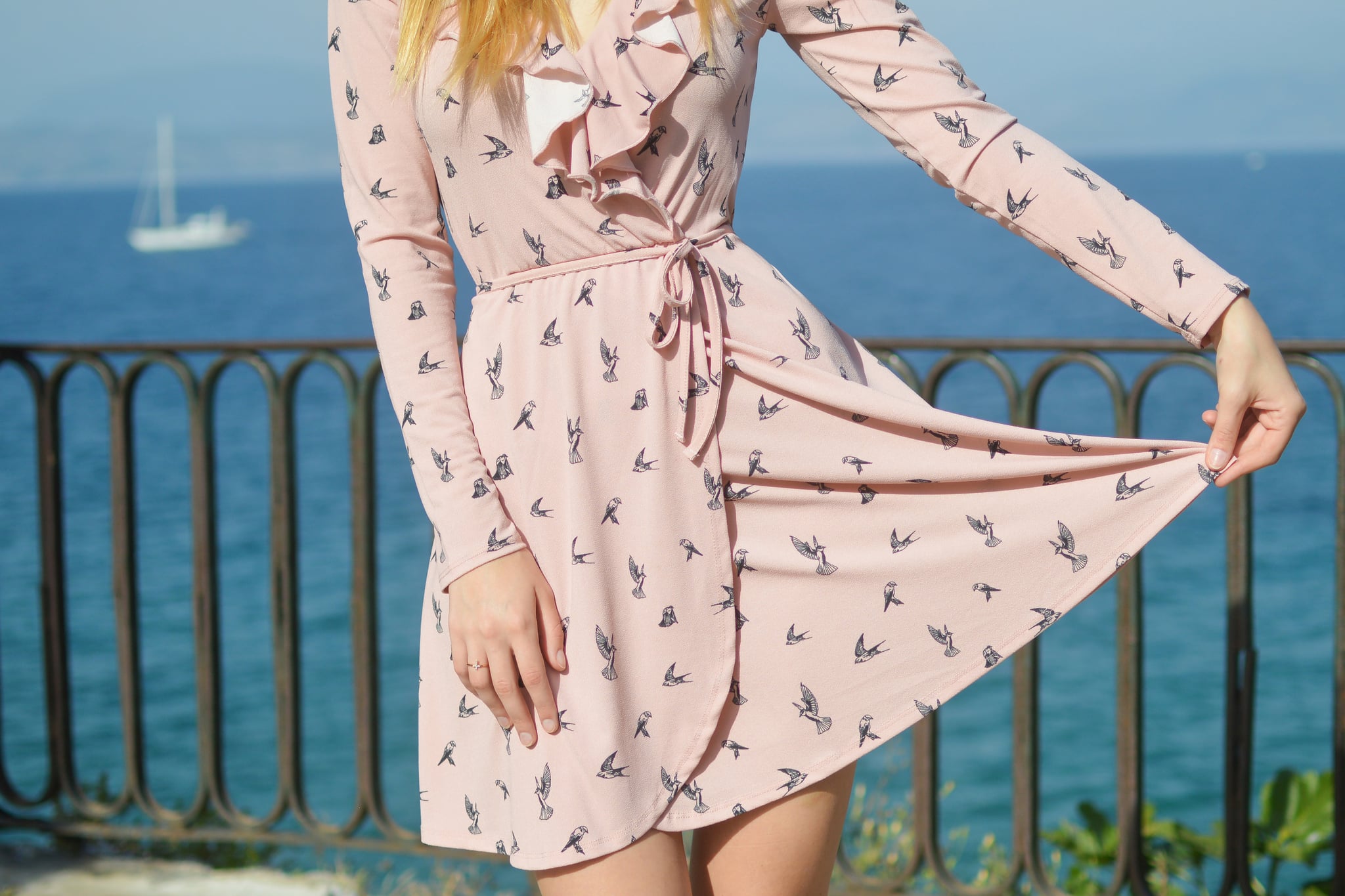 No one tells you that when you lose weight, you won't know how to feel. You are just under the impression that you'll get to wear all the cute clothes you never could and the dating pool will open up in ways you never imagined. That's not always the case and it's a fact that is lost on a lot of people. Losing weight can fill you with fear, anxiety, and a few other things, too.

I had my first bit of anxiety about my "new" body in October, a few months into my wellness journey, as I have taken to calling it now.

I was standing in front of my mirror, getting ready for a work event with minutes to spare before I had to leave. The pants — freshly back from being hemmed, cleaned, and pressed — were too big, but I spent too much time having afternoon sex with my then-boyfriend to replan my outfit. So, I put them on and fiddled around a bit. When I heard him say, "The shirt looks better tucked in," I smiled because I loved that he was watching me get dressed (it made me feel like it was something he would love doing if we got more serious), but inside I was like, "But you never tuck in your shirts because of your stomach, which you still need some work on. Oh man, wait . . . do you think he's looking at that?"

Let me put this in perspective for a minute. I've straddled the line between chubby and heavy almost my whole life except for, maybe, three years. My body was the best it ever was when I was 17 and then again between 24 and 26, and I was always pretty consistently a size 10 even when I was smaller. (I chalked it up to my catcher's legs and butt). All of the other years, I would lose a bunch of weight and then gain it all back and then some. Or I would lose a little and plateau. Or I would just gain because emotionally things were bad and I was an emotional eater. But, then two rounds of Whole 30 later at the age of 32, I was down almost 30 pounds. And I was terrified.

Related:
Bob Harper Told Us the 1 Thing He Wishes He Could Say to Anyone Trying to Lose Weight

I was terrified that I would invest in new clothes and the weight wouldn't stay off. It never did before, so what would make this time any different? I was imagining myself not being able to pull up smaller-sized pants after a month and what that would do for my psyche. I still saw a chubby kid in the mirror. I studied the roll along my bra line and my still-flabby stomach. I was being showered with compliments about how I looked but yet, I just couldn't see myself the way others did.

I knew that I had to combat this before it got out of control. I'm a professional. I represent an influential brand in a really large industry. My body was lost in my size 12 pants and large tops. It did not look professional, and business trips were about to be my life for the next few months. I needed to get myself together.

Related:
The Golden Rules of Fat Loss, According to an Expert

I started taking pictures with my midsection exposed. (Just in case someone found my phone, it wouldn't be riddled with nudes!) I would take them every Sunday before my SoulCycle class and would just use them for a visual reference point. This way, I could also see where I was toning and changing my body, not just going by what the scale said. Maybe, I thought, I could appreciate my hard work a little more.

I'm going to keep focusing on the positive until I wake up one day and don't even think about my body at all.

Then I started wearing only sports bras and yoga pants to SoulCycle instead of my usual not-so-fitted t-shirt. At first, I was embarrassed and almost ashamed. I stayed covered until class started and then again after class ended. But I forced myself to look in the mirror while I rode and give myself some positive reinforcement. Thoughts like, "Look how strong your body is" and "Great form, just tighten your abs" allowed me to look outside the number on the back of my pants. Soon, I was stripping off my tops before class and prancing into the room with a little more confidence, although it's kind of a fake it till you make it situation. I remember the first time I did a double take while grabbing heavier weights because I didn't recognize that body in the mirror. It was mine.

The last step — and the hardest for me — was new clothes. I usually take my mom shopping with me, but I decided that this was something I needed to do alone. I had no idea what size I was at this point, just that I was smaller. I decided to rely on the kindness of strangers and the sales associates to point out what looked good or if they thought I needed a smaller — or bigger — size. No one knew I had lost so much weight and no one knew I had been struggling with it. They all just knew what I looked like right then, in that dressing room. It was the best decision I ever made. I left the mall that day with an entirely new professional wardrobe.

I'm definitely not over feeling insecure about my body. In fact, I feel more insecure about it now than I did when I was heavier. A friend recently complimented a top I was wearing because it was the first time he ever really saw me wear color.

"Well, I thought it was time to stop hiding my body. I worked hard so I should show it off," I said to him.

"Sweetie, this top is flowy. You still kind of are," he said back.

He was right. I was still hiding my body, just in a smaller size.

I feel ridiculous for "complaining" about being thin. But that's not the point. I still feel like I am one step away from losing what I worked hard for. I still feel like one portion size too big or one indulgent meal will throw me off the wagon and I'll be sliding back into my size 12s again.