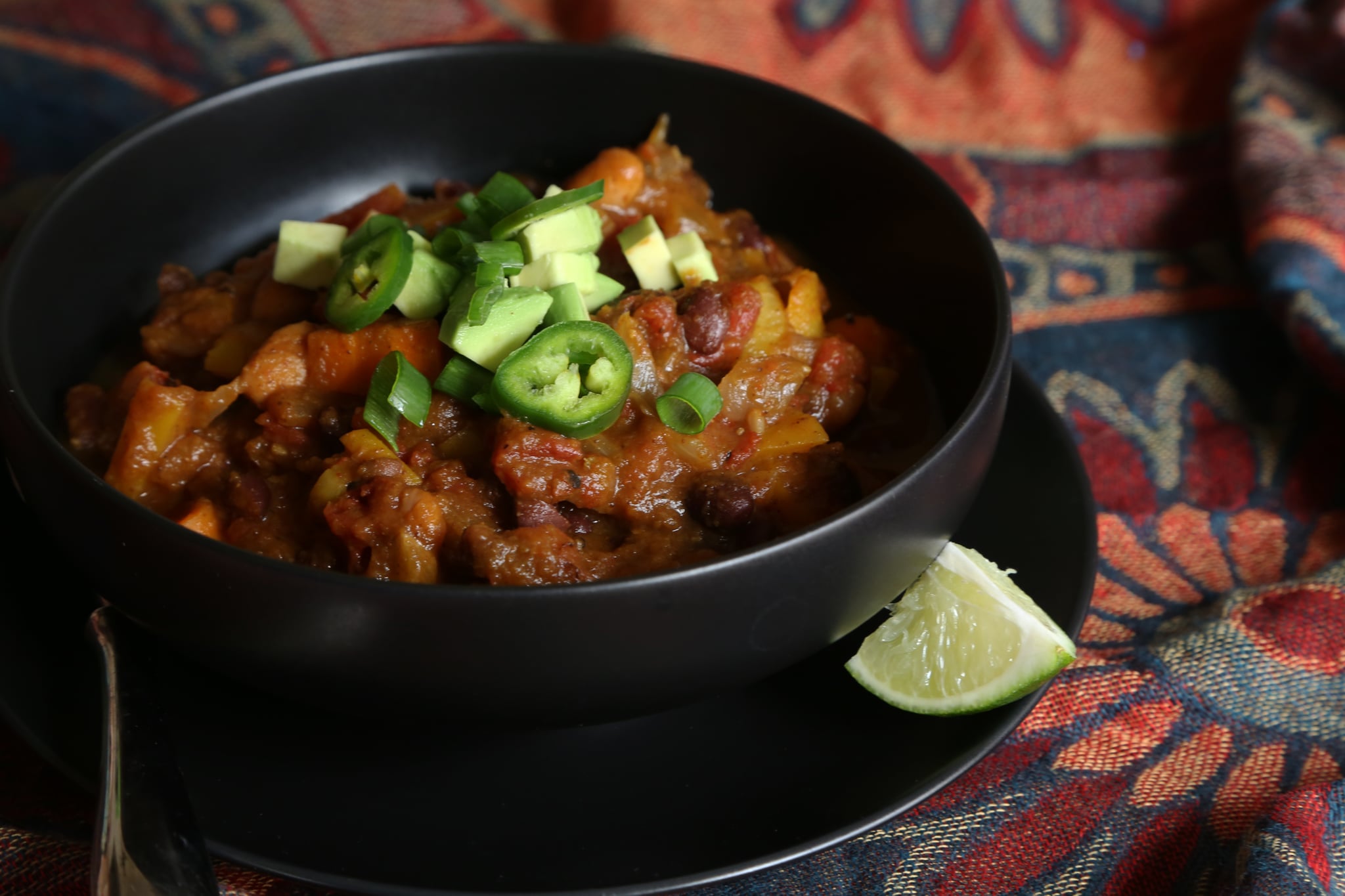 Have you heard of Thug Kitchen? This vegan food blog became viral for mixing salivating shots of hearty fare stamped with captions containing lots and lots of swear words. The photo for a grapefruit hot toddy reads, "Tis the season motherf*cker." Gingerbread bites beg you to "bake a batch of these sons of b*tches." And a Thanksgiving quinoa grain salad simply tells it like it is: "Shame the sh*t out of other side dishes." With the flood of dainty food blogs out there, Thug Kitchen is refreshing. It evokes simultaneous hunger and thunderous laughter. The sassy, no-BS attitude, the x-rated food porn, and the tried-and-tested recipes keep people, including us, coming back for more.

This recipe from the self-titled cookbook is one of the best GD vegan chillis out there. Admittedly, I felt skeptical using canned pumpkin puree in a soup, but the TK team did not lead me astray. The soup turned out thick and hearty, as if I dissolved tortilla chips into the pot. If you are sensitive to spice, leave out the jalapeño and garnish the top of the bowl instead. This is definitely going to be an Autumn staple in my hood, and now, it can be yours too.

This isn't a weak-ass canned chilli that needs f*cking validation from some football players telling you how good it is. Hell no, this is hearty spoon-stands-up-on-its-own kind of sh*t. 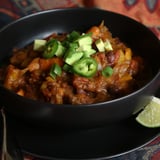 Blueberries
These Cookies Get Their Fun Colour From Blueberries, So They're Basically Breakfast Cookies, Right?
by Kaley Rohlinger 4 days ago