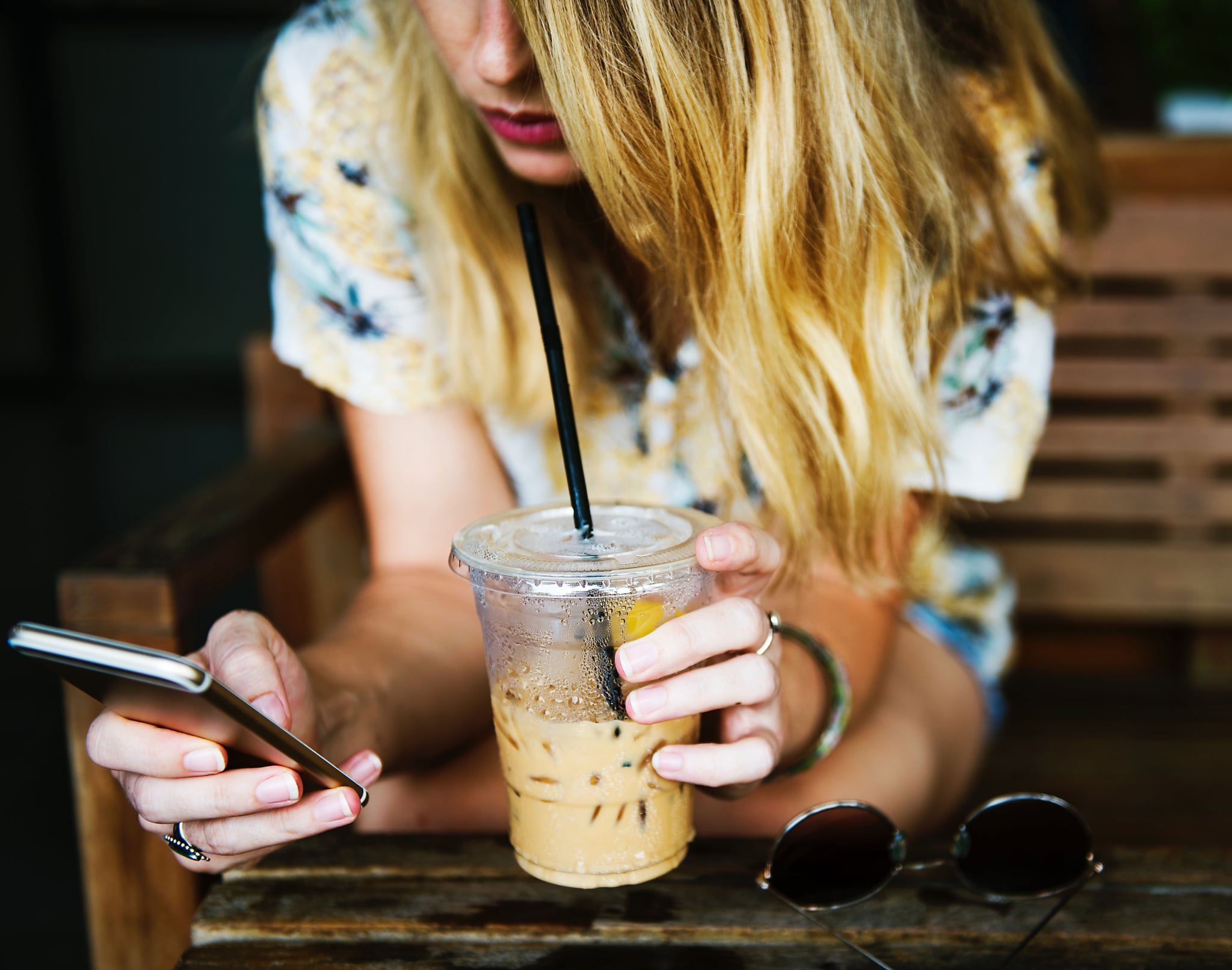 One of the first thoughts I had after I got engaged was, "Ugh, does this mean I have to get fit?" I'm not consciously unhealthy, but as a naturally slim person, I like to trick myself into thinking I'm healthier than I am. That's why when my fiancé recommended we start using a calorie-counting app to track our diet leading up to the big day, I readily agreed. I love organisation, and as someone who does eat a veg-heavy salad five out of seven days of the week, I figured this wouldn't significantly impact my life. It did — but not in the way I anticipated.

This is where I should note that calorie-counting apps aren't for everyone. Calories aren't all that you should take into account when considering a diet plan, and in fact, I have some friends who would consider them to be a trigger for disordered eating habits. I've always had a healthy relationship with food, so if anything, I figured the experiment might provide some insights into the way that I eat — especially because the app I selected, Lose It!, gives you a breakdown of your nutrients.

What I discovered wasn't necessarily related to the types of foods I ate or how often I ate them. I found that I could easily stay within my suggested calorie limit by not going back for seconds or skipping a scoop of ice cream. Like I said, I eat a lot of salads. The horrible but undeniable truth I had to face? I need to get my ass out and exercise.

It's not that I don't have time to exercise or that I haven't found the right way to do it. I just hate it. I don't like running, I don't want to go to your spinning class, boot camp sounds like hell, and the only time I consistently went to the gym was in college — because it was free, and I wanted to have a hot bod. (Whatever, leave me alone.) I joined a gym as an adult, went to two personal training sessions, and never went back. Not liking exercise is a part of my personality. It's something that my friends and coworkers know about me. It's a small but seemingly important sliver of my identity. 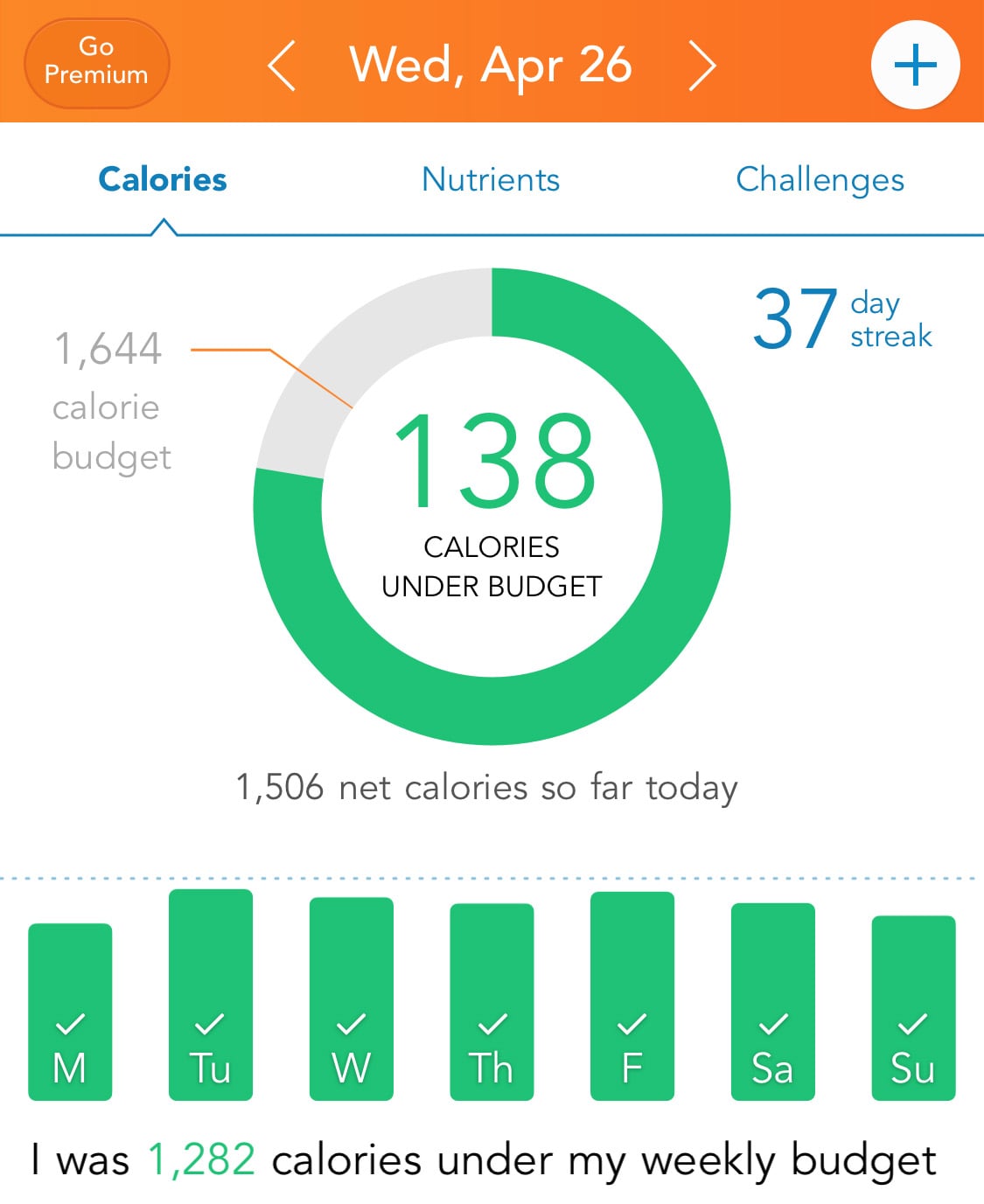 In my official "wedding prep" stage, I pushed back plans to finally go back to hot yoga for months and bought gym shoes that I just wore to run errands. But now, this calorie-counting app was staring me in the face, telling me that I would be allotted more calories if I went for a jog. I don't want to go for a damn jog. I want to eat my chicken and vegetables and watch Law & Order: SVU for five hours until my muscles are gelatinous.

I consulted our resident fitness editor, who confirmed that yes, exercise is as important as nutrition. (Blerg.) She also told me that lack of exercise tends to lead to some weird side effects as you age, like your back starts hurting. I'm not going to say my back already hurts, but I'm not not going to say it.

The challenge was to find an exercise that I don't hate. Hot yoga suits my interests because everything is slow and calculated. There's no rigorous movement, and the heat is so overwhelming that you're practically forced to think about how your body feels. I actually love it, but it's also time-consuming. A class is 90 minutes, and that's not including transportation to and from the studio and the shower you ultimately have to take after. I wanted a quicker option.

On a whim, I signed up for another app: a dog-walking one. I love animals, and my fiancé had suggested I sign up as a joke. I did it, and after a surprisingly rigorous application process, I became a certified Wag walker. Owners put in requests for 30- or 60-minute walks, I get a text message, and I hop off the couch and go walk a dog. I choose when I want to walk, where, and which dogs. I'll walk after work and on weekends. I meet all kinds of dogs, and I've seen more of my neighbourhood in two months than I have in the two years that I've lived there. And I get paid cash money. (I swear this isn't an advertisement, it's just the best exercise loophole ever.)

I don't care about having sculpted arms for my strapless wedding dress, I just don't want to atrophy. I'm starting to feel healthier (mentally as well as physically), and my world is expanding. I don't need permission to eat an extra scoop of ice cream, but sometimes it feels good to pick up a walk after a big meal. It's also kind of nice to feel the muscles working in my calves again. I knew they were still there.