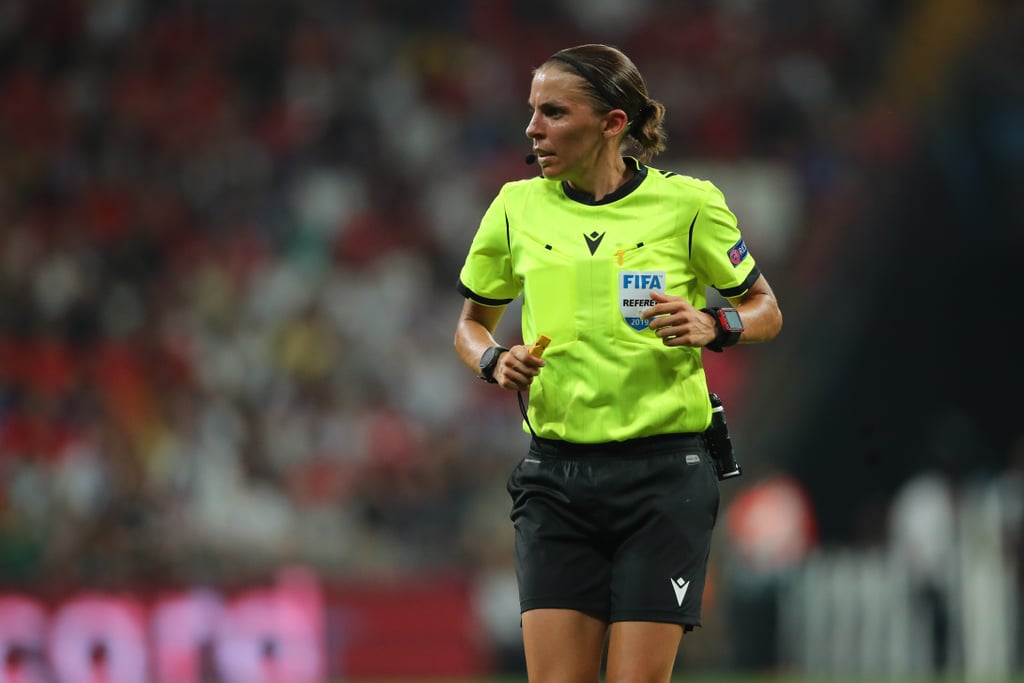 History was made today in the UEFA Super Cup, but it didn't come from the two football clubs facing off; it was referee Stéphanie Frappart who entered the history books of sport. She became the first female lead official in a major men's football match, continuing a banner year in which she also officiated the Women's World Cup Final in July. At the Super Cup in Istanbul, a tight battle between Liverpool and Chelsea, she led a team of referees that also included two other women.

It wasn't exactly an easy assignment. The high-pressure game, played annually between the reigning champions of the two main European leagues, went into extra time and a shootout. With four minutes left in the first period of extra time, Stéphanie had to make the most controversial of football calls: a penalty kick that equalized the game and led to the shootout, with Liverpool eventually coming out on top. Throughout the lengthy game, the 35-year-old French referee was unflappable, handing down two yellow cards and keeping the game moving at a smooth pace to prove that the call-up was no fluke.

It's not the first time Stéphanie has made history. In April, she became the first female referee to oversee a match in the top French men's league, Ligue 1. Her experience, in fact, goes back decades: she began refereeing at the age of 13. "I played football, but I also wanted to learn about the laws of the game, so I started refereeing and continued both playing and refereeing until the age of 20," she told UEFA. She chose to be a referee rather than a player and worked her way up the ranks, spending several years in France's lower Ligue 2 before getting promoted to Ligue 1. She'll be a permanent referee there starting this season.

Of the Super Cup, Stéphanie told UEFA, "I'm very happy, and it was really a surprise. I didn't expect to be given the Super Cup assignment — it's a great honour for me, and for female referees as well." As for that shattered glass ceiling, she said, "I hope it serves as an example to female referees, and to any young girls who may aspire to be a referee." No matter your gender, what an aspiring referee needs is passion, Stéphanie said. And if you have that, she added, "then why not try it?" Ahead, check out more photos of Stéphanie leading both teams through the historic game.

Summer Olympics 2021
Ever Wondered Why Olympic Swimmers Wear 2 Caps? It Can Make or Break Their Race
by Emily Weaver 11 hours ago