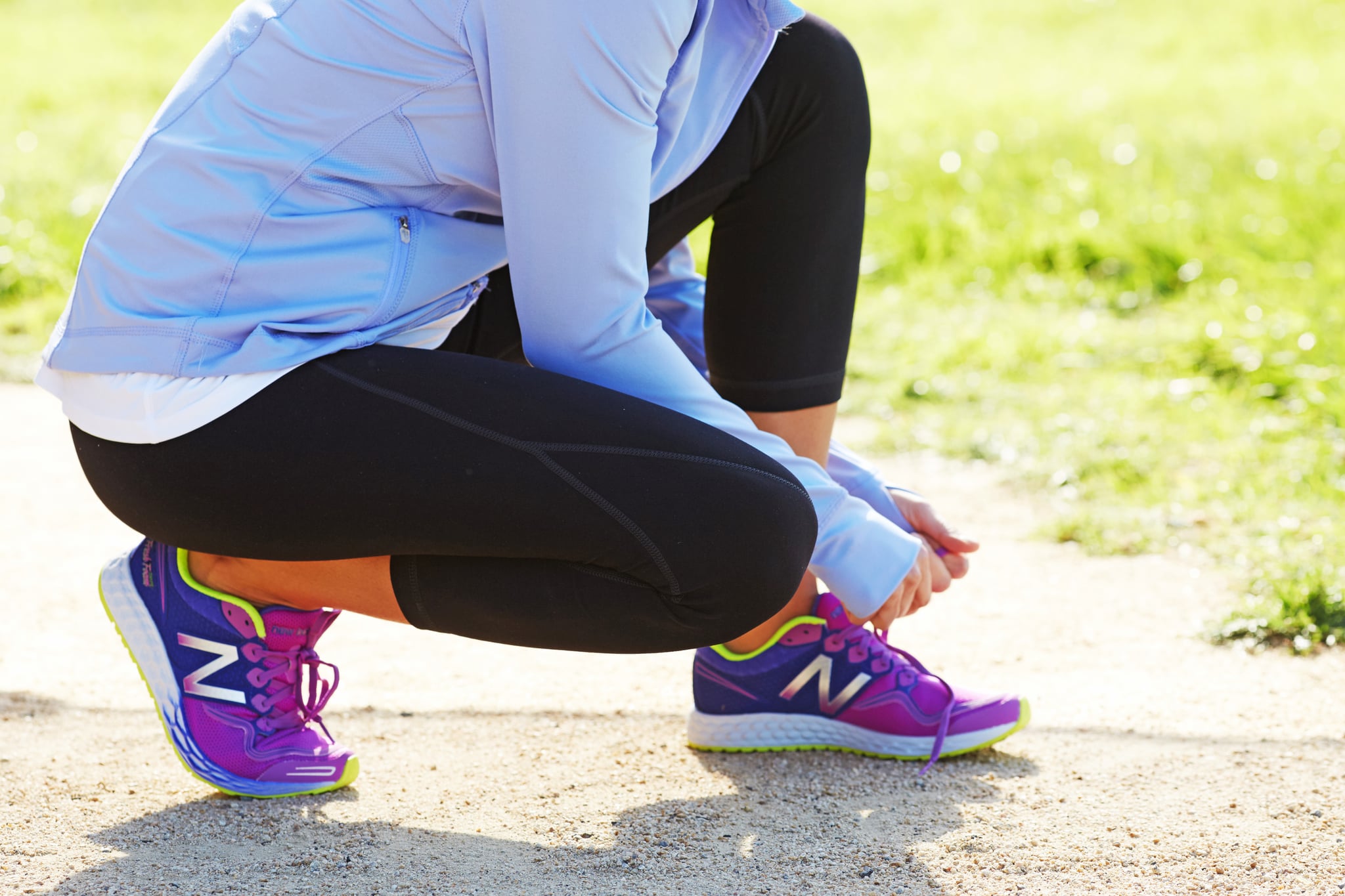 When I was 14, I was diagnosed with depression. I didn't understand it much at the time, only that I had finally found a word that encompassed all the feelings of helplessness, hopelessness, shame, and sadness that I was experiencing on a near-daily basis for years, which only got worse once I got to high school. When I wasn't in school or an after-school activity, I only wanted to sleep. My grades dropped significantly. I thought regularly about how I would kill myself and who would have to be the person to find me. And it wasn't situational; I had a fantastic childhood with a loving family and plenty of friends. The Zoloft I was prescribed quite literally saved my life.

I was also active. By no means a natural athlete, I still swam year-round, played tennis, and started working out weekly with a personal trainer in middle school. So why did I feel so horrible all of the time?

Depression is complicated, and while relying on the common explainer that it's caused by a "chemical imbalance in the brain" is a little too simplistic, it sums up what depression actually is: a mental illness that may require medical intervention in the form of prescription drugs and psychotherapy (which I also underwent once a week). Various lifestyle factors, such as eating well, getting enough exercise, and logging seven to eight hours of sleep a night can also help ease depression, but they should not be considered a cure.

I should know: I quit Zoloft cold turkey my senior year of high school. That's the problem when antidepressants actually do their job; they trick your brain into thinking you don't need them anymore. And while I managed to do well my last year of high school, it all came crashing down when I got to college.

I spent my freshman year of college much the same way I spent my freshman year of high school: sleeping all the time, getting behind on school work, struggling to pass classes. I didn't want to rely on medication anymore, so instead I hit the campus gym. A lot. By second semester, I was working out up to two and a half hours a day. And while I felt better after I left the rec centre all sweaty, I would eventually go back to feeling sad, helpless, and unmotivated. I wanted to ignore my depression and pretend like it wasn't a chronic illness I was saddled with; people in much worse circumstances accomplish much more than I was able to so why couldn't I just buck up and pull it together? I figured I could handle it with exercise, eating well, and getting plenty vitamin D (too much, in fact).

It took me five years instead of four, but I eventually graduated, arguably in a much better mental state than I was in my first year of college. But when I moved to New York several months later with just two suitcases, no job, and little money, it was like a shock to my system. My anxiety ramped up to levels I had never experienced before, and my depression was as bad as it was pre-Zoloft. I also started experiencing bouts of hypomania, where I would become super energetic and productive on little sleep. I chalked this up to finally being happy and freed from my mental illness, only to come crashing down to a dark depression days later. Throughout it all, I was still exercising regularly.

After finally seeking help by visiting several psychiatrists, and some truly horrible trial and error with medication, I was eventually diagnosed with bipolar II. Through the proper cocktail of medications, therapy, getting enough sleep, and, yes, exercise, I finally feel like I have my mental illness under control.

Related:
Depression Looks Different to Everyone, So Here's What You Need to Know About It

When people tell me I can just handle my mental illness with exercise, going outside, sunshine, or many of the other lifestyle factors that have been attributed to relieving depression, I want to scream. I tried handling my depression the "natural" way for years, and it came back worse than ever: I was struggling at my job, could barely peel myself out of bed, and suffered from suicidal ideation again.

There's no denying that exercise can help with mental health. The feel-good endorphins you get after you finish a tough workout instantly improve your mood, and a recent study, which analysed 1.2 million adults in the US found that those who exercised regularly had fewer days of poor mental health than those who didn't. I know that getting regular exercise is integral for me doing and feeling my best. But it's certainly not a replacement for the sometimes-necessary medication and therapy needed to not just survive, but thrive. For some people, exercise may be all they need to combat feelings of depression and put themselves in a proper state of mind, which, good for them. Unfortunately, I, and millions of others, aren't those people.

Before you try and offer "helpful" advice for people struggling with depression or another mental illness by suggesting they just need some exercise endorphins and sunshine, please remember that everyone's brain is wired differently. What works for you may not work for someone else, and that's OK. Just know that there's already a stigma facing people who choose to get medical help for their mental illness, and your comments could be the difference between life and death.