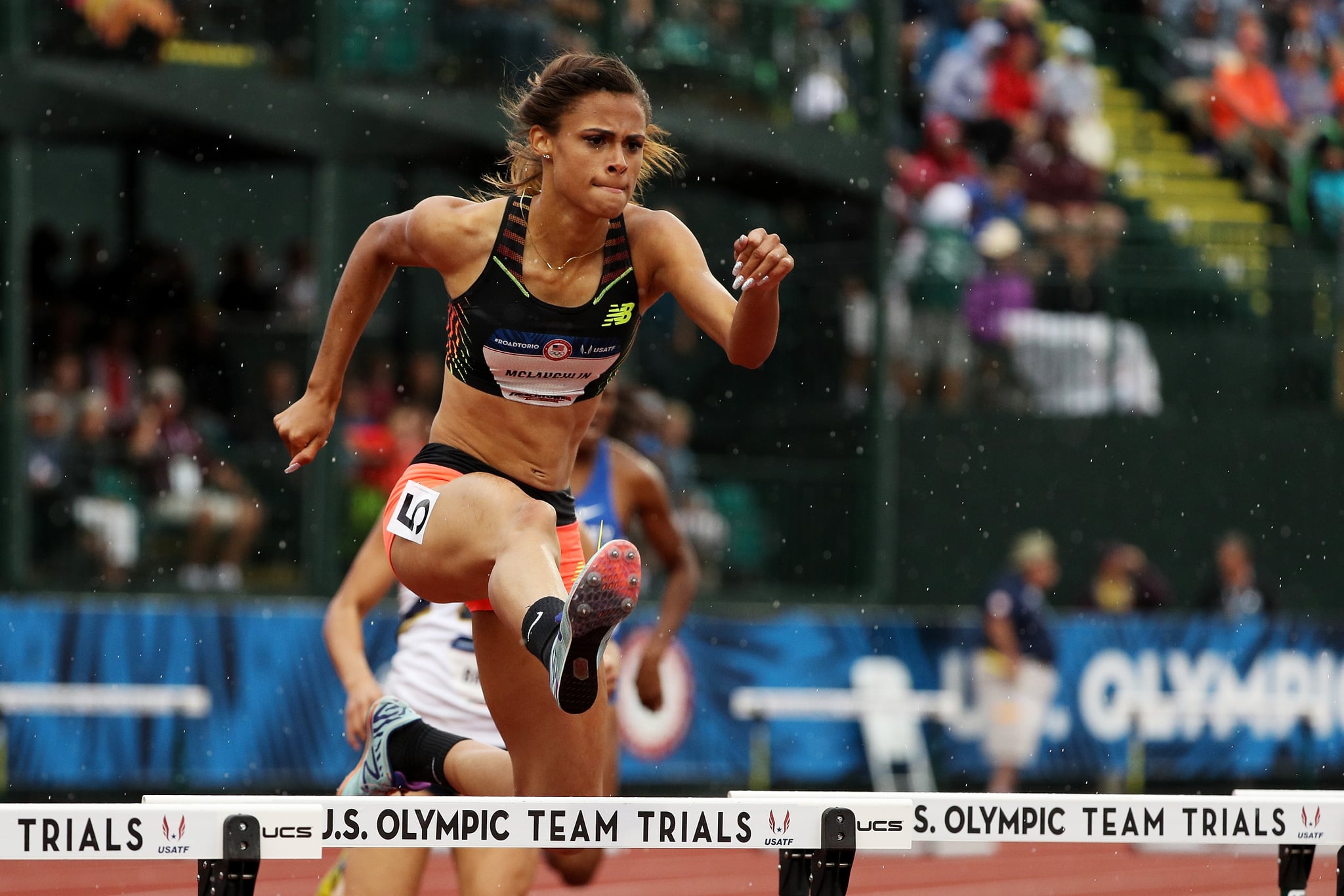 Sydney McLaughlin knows all about being on a world stage — at just 16, she became the youngest athlete to make the US Olympic track team in 40 years. She placed fifth during the 2016 Rio 400-metre hurdles semifinal, went on to compete for the University of Kentucky as a freshman, and then decided to go pro in 2019.

Sydney dominated the field in her debut this past January in the 500-metre sprint (that's not even her speciality!) and took first place in the 400-metre in June. Her next goal? Making the World Championship team set to compete in Doha, Qatar, in the Autumn (trials are this month). Then, the 2020 Olympics of course, she told POPSUGAR ahead of the BOLT24 launch by Gatorade. "My coach and I always say this year is important but next year is the main goal."

When it comes to getting through a hard practice or meet, Sydney says that her mantra is "God's got you." This means, "understanding that I'm not always going to be able to control everything and just trusting that it's going to work out for the best." For good vibes, Sydney brings her lucky blanket to competitions. She got it when she was about 14, she told us, and on that blanket is none other than Minions, (cute, cuddly Minions!).

Another pre-meet ritual? Gummy bears. "The day before meets I always eat gummy bears," she said, admitting, "I don't know if it's just mental or if they actually help something." When I told her that seems like a form of self-care to me, she agreed. "It's just . . . I enjoy them." Another key to her success during track meets is hydration. Besides lots of water, she likes Gatorade.

When asked if she had any advice for young girls starting track, Sydney said that they should pick the event where they feel they belong most. Track in general was where "no one could tell me I was wrong," she explained. Pick an event you feel confident in that no one can change your mind about because "at the end of the day, you're doing it for you. You're not doing it for anyone else." 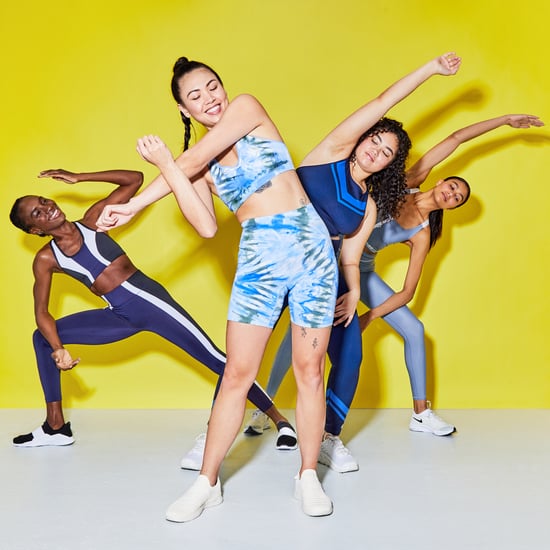 Home Workouts
Want to Get Strong at Home? Here Are 7 Bodyweight Strength Workouts Your Muscles Will Love
by Maggie Ryan 3 days ago

Home Workouts
I Finally Care More About Being Strong Than Skinny, and It's Because I'm Working Out at Home
by Chandler Plante 3 days ago 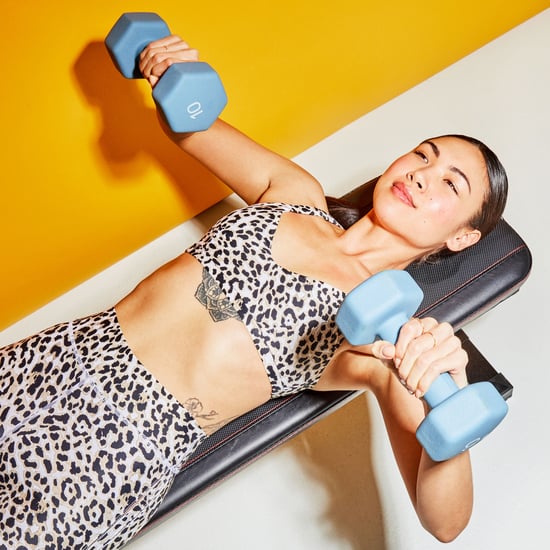 Back Exercises
You Just Need 2 Dumbbells and These 30 Upper-Body Exercises to Get Strong, Sculpted Arms
by Jenny Sugar 3 days ago 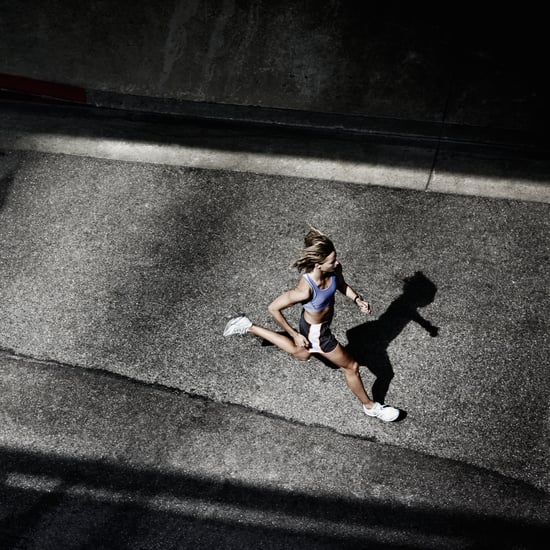 Running Tips
I Learned Running With Wearable Weights Isn’t That Safe — But, Not Until After My Jog
by Lauren Pardee 12 hours ago 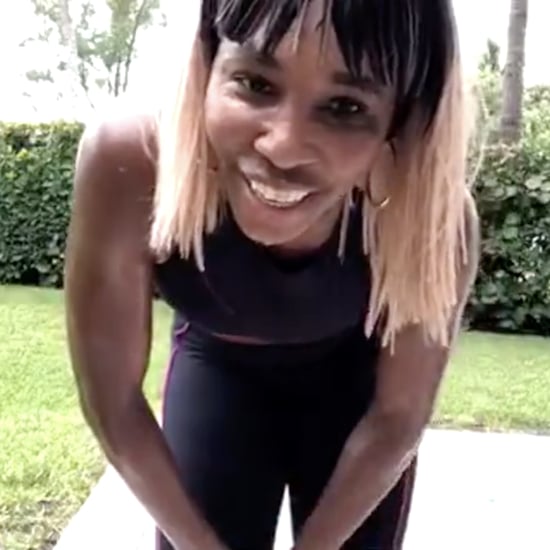 Athletes
Venus Williams Was Drenched After This Legs and Arms Workout, So We're Definitely Trying It
by Maggie Ryan 5 days ago