If you know me at all, you know I'm a little obsessed with the kettlebell. I was lucky enough to learn from some of the best teachers out there, including Eric Leija, senior kettlebell coach at Onnit who's also known as primal.swoledier on Instagram. He's affectionately called the Kettlebell King. Not only is Eric a great teacher, but he's one of those superfit people who's hard to keep up with. I recently did a session with Eric — and barely lived to tell the tale.

Here's a full-body workout we did together: 1 push-up, 1 gorilla row, 1 cossack squat (like a deep lateral lunge), and 1 rotational press. That equals one rep. Do 4-5 reps on each side, and 4 sets in total. Take plenty of rest in between each round.

For the first two movements, you'll use two kettlebells, but for the cossack squat and rotational press, you'll just grab one kettlebell and leave the other one on the ground. It may look simple, but the continuous motion between all the movements will leave you out of breath while also toning up all your major muscle groups.

I was in a pool of sweat when it was all over with! But the great part of this workout is that it can be tailored to fit anyone's skill. If you're a beginner, go light with your weight and you can even do less reps. If you're more advanced, don't be afraid to pick up something heavier and really go for it. 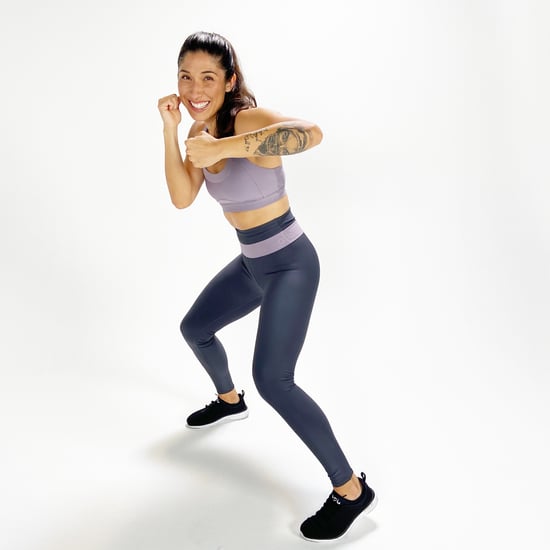 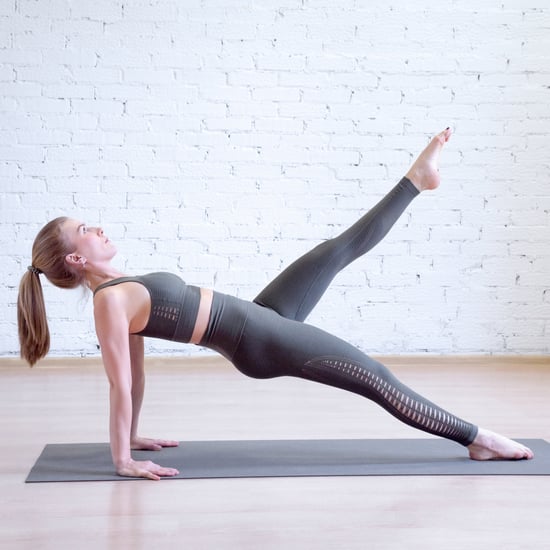 cardio strength workouts
Get Sweaty, Strong, and Shredded With This 30-Minute Cardio and Abs Ladder Workout
by Jenny Sugar 13/4