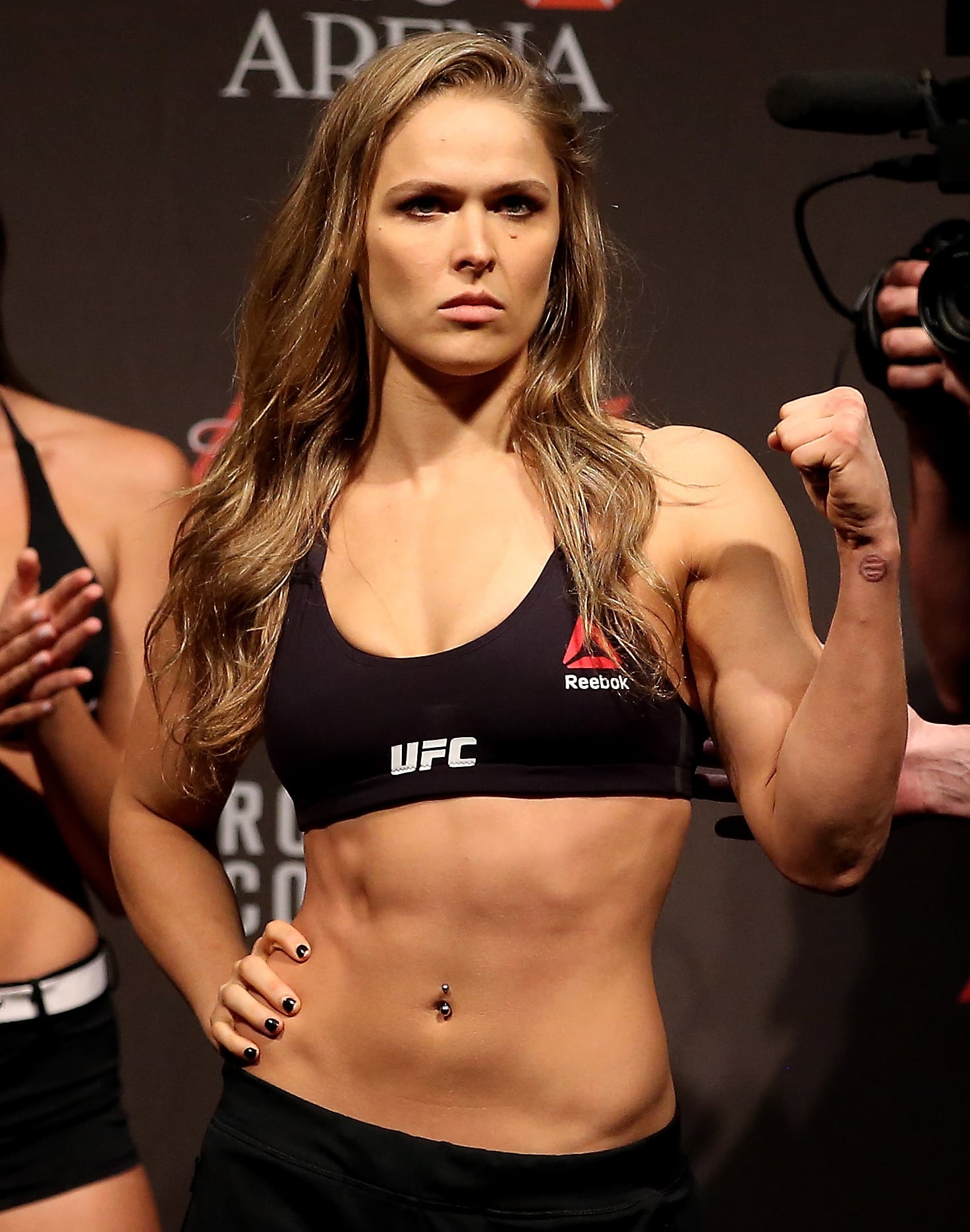 Ronda Rousey is the badass UFC champion who KO'd her opponent, Bethe Correia, in a mere 34 seconds, and Ronda continues to rack up points with us across the board. As a seriously fit competitor, Ronda is the epitome of the strong is the new sexy movement, but unfortunately, she deals with her fair share of body-shaming comments and folks who view her shape as "masculine." For some, this type of attention could get in the way of their training or fight night, but it only fuels Ronda:

"Just because my body was developed for a purpose other than f*cking millionaires doesn't mean it's masculine. I think it's femininely badass as f*ck, because there's not a single muscle on my body that isn't for a purpose. Because I'm not a do-nothing bitch."

For those parties interested, Ronda describes a do-nothing bitch as the "kind of chick that just tries to be pretty and be taken care of by somebody else." To learn more, check out the slightly NSFW video below that documents her time right before the big fight (jump to the five-minute mark to see Ronda).

Simone Biles
Simone Biles Spins Not 3, Not 4, but 6 Times on the Balance Beam and We're Dizzy Just Watching!
by Jenny Sugar 4 weeks ago