US Open winner Naomi Osaka made an appearance on The Ellen Degeneres Show on Wednesday, and Ellen wasted no time in grilling the tennis champion on the controversial events that surrounded her final match, which saw her opponent Serena Williams being fined $17,000 for code violations after she was accused of illegal coaching, as well as breaking her racket, and arguing with the referee.

In her usual warm and witty style, Ellen made light of the tension during the match, joking, "There was some controversy that happened on the court, did you notice that?" Naomi explained that she just tried to look away and stay focused. "When you're little you're taught not to look if your opponent gets angry or anything, you're told to just turn around and try to focus. So I tried to do that, but in my mind I really wanted to know what was going on."

Conversation then moved on to the moment when Naomi received her trophy, during which some members of the crowd continued to shout and boo in reference to earlier events. Serena leaned in to her opponent to whisper a few words, and Naomi revealed that they were all positive. "She said that she was proud of me, and that I should know that the crowd wasn't booing at me," she explained. Watch the video above to see Naomi explain further how it felt to step up to the podium for the first time, and to see Ellen try and set her up with a certain Black Panther star. 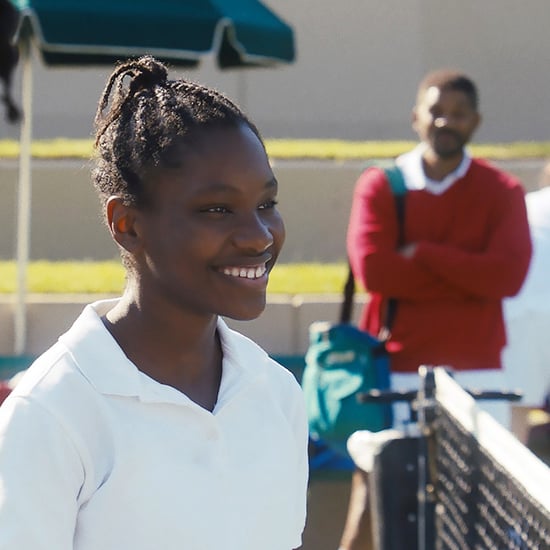