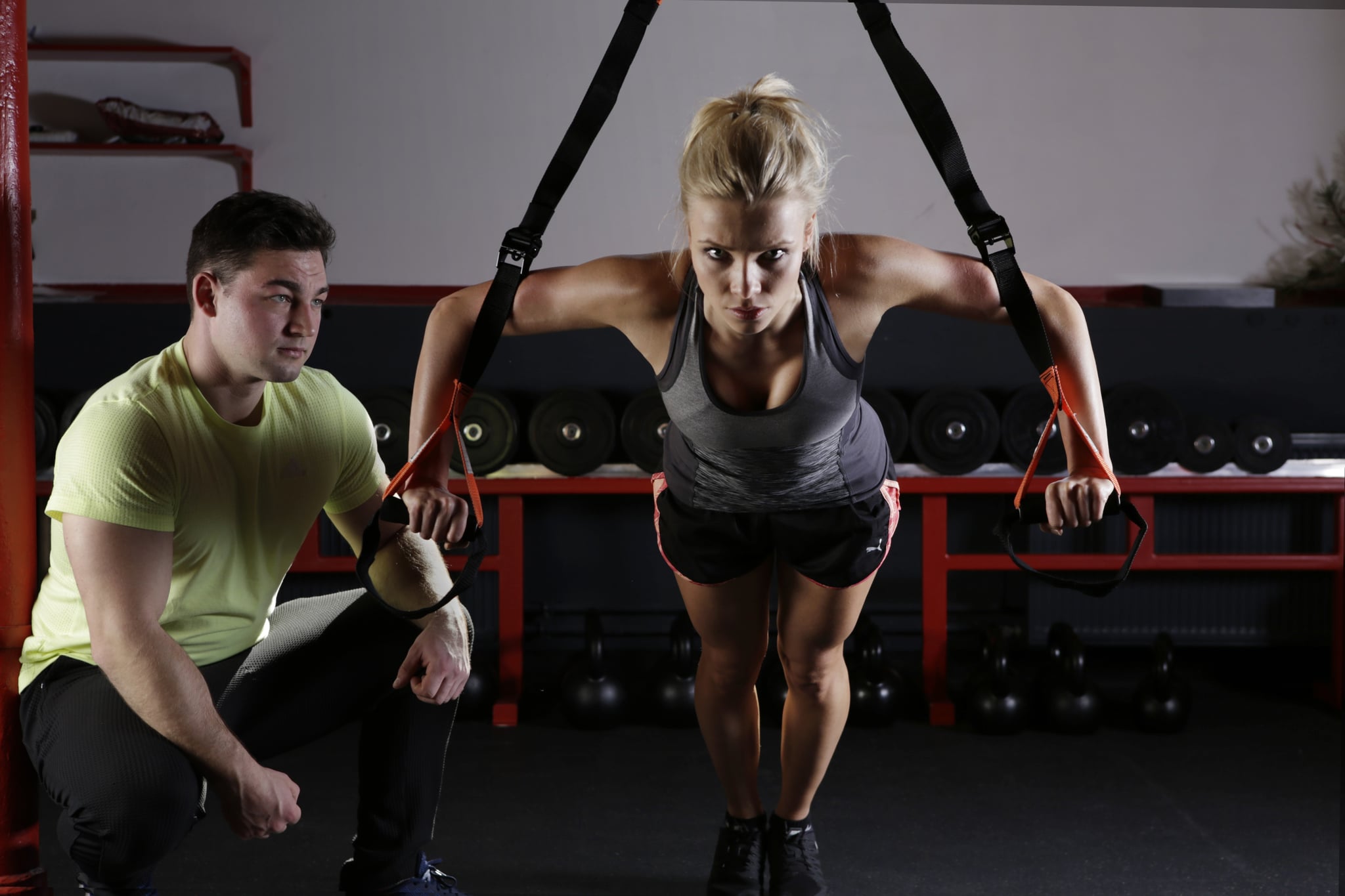 After graduating college, I realised it was time to get in shape — real shape! Going on a 20-minute jog every other week was no longer going to cut it. Even though it was expensive and a luxury for me, I decided to get a personal trainer. I had a great job and worked hard and wanted to treat myself. That's the beauty of even a tiny bit of disposal income — it truly is yours to dispose of.

I also wanted to work with a trainer because I was so intimidated by the gym. When I first wandered into Crunch Fitness on Union Street, in the young neighbourhood of the Marina in San Francisco, I quickly realised I didn't know my way around the weight room, and as for cardio machines, I was familiar with the treadmill and elliptical — that was it.

After a few weeks of aimlessly jogging on the treadmill, I finally gained the courage to talk to the front desk about a trainer. They were more than happy to sign me up and I quickly got roped into a 20-session package. Then it was time to pick a trainer. It felt kind of like a high-class escort service . . . they asked me what I liked and if I wanted a man or woman! I idiotically said I wanted someone really fit. The woman looked at me like I was nuts. She said she would set me up with the trainer that was "every woman in the Marina's favourite guy." And for the sake of this story, let's call him Dom. She didn't show me a picture but she did give me Dom's number and said we could arrange our first session that way. I truly felt like I was being set up.

I texted with Dom and we arranged our first session — an early morning workout before I had to go into work. I'm dating myself, but this was before the days of cutesy athleisure; Lululemon was barely a thing. I was wearing flared — yes, flared — leggings that were pilling, an old sports bra, and an old frat tank. I walked into Crunch and laid eyes on a man I can only describe as godlike. He had a megawatt smile, a body that looked like it had been chiseled from marble, and one of those incredibly sexy raspy voices. I went bright red and forced myself to speak.

To make matters worse, Dom was really nice, one of those rare breeds of guys who is insanely hot but for some reason actually kind. Dom asked me about my normal workout routine (treadmill and more treadmill) and my diet (lots of takeout, four coffees per day, and an undisclosed amount of wine). Even though I was a trainer's nightmare, he smiled and nodded throughout all of it. He asked me about my goals and I clammed up. I mumbled something about getting lean and toned. Then we got started.

When I say it was the most painful hour of my life mentally and physically, I am not exaggerating. First, I was horrifically out of shape but so embarrassed in front of Dom that I pushed myself too hard. Secondly, it was just awkward! He was so hot that I didn't know where to look. I am a confident person usually, but Dom left me blithering like a total idiot. I barely made it out of my first session alive.

After that initial workout, I couldn't walk properly for three days. Dom texted me to ask how I was feeling, so of course I immediately took a screenshot of the text and sent it to my friends. "OMG, guys what should I respond??" I said. My friends immediately laid into me for acting like Dom was a crush. That's when I knew I had a serious problem.

I saw Dom a few more times. I started wearing makeup to the gym and bought sexy workout tops. The problem was, I wasn't concentrating on working out. Whenever Dom would show me a move, I would suck my abs in when I did it so I looked thinner. I was constantly posing and giggling like a moron; I didn't remember any moves or tips because I was concentrating so hard on making Dom like me. I realised I wasn't getting anything out of my sessions. Poor Dom was just trying to do his job.

On about my sixth session, Dom and I were chatting. Or rather I was doing my usual routine — twirling my hair, giggling. I asked Dom what his favourite post-workout meals were and he said, "Well, my girlfriend and I . . ." Then I froze. Never in a million years did I think that Dom might have a girlfriend. I was mortified. I had been flirting with him aggressively for the past few weeks and in all honesty had started a Pinterest board for our wedding. I was so caught off guard, I feigned illness and went home.

I was so embarrassed because clearly Dom was telling me in a kind way to tone down my flirting. I was so cringed out that I just couldn't bear to go back. I told Dom I was travelling for work for a few weeks and prayed I didn't see him around the Marina. I didn't step foot in the gym for months and ended up eating the cost of the package. It was disposable, right?

Nowadays, I have a new trainer. You guessed it — a woman! I'm also way more in shape now! I think it was the combination of being really young and immature plus being out of shape that caused me to be such a soggy noodle around Dom. And Dom, if you're out there — you're still the most gorgeous guy I've ever seen . . . and I hope you and your girlfriend are doing well!