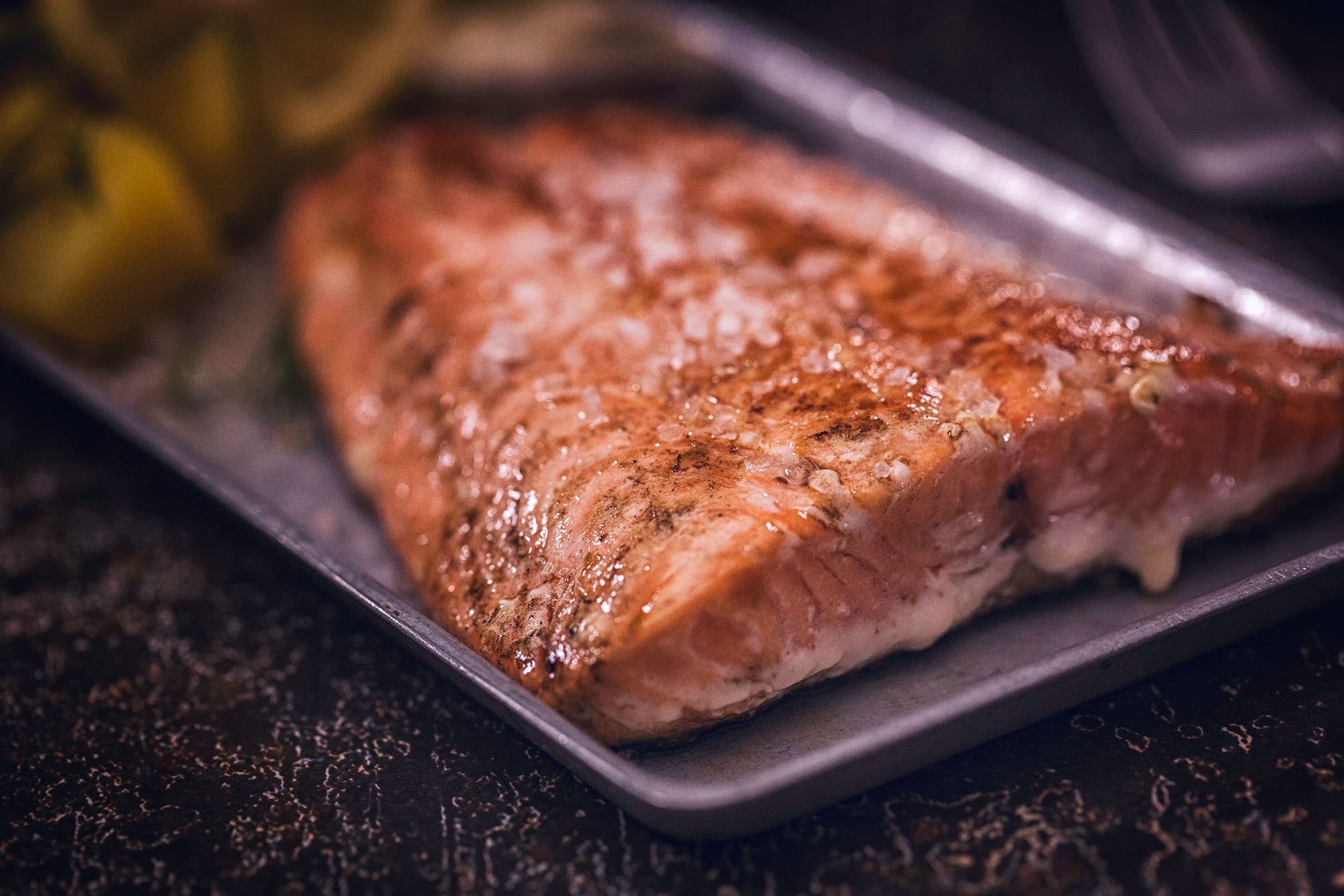 For those following a ketogenic diet, where you aim to get five to 10 percent of your daily calories from carbs (which is around 30 to 50 grams for most people), you may be wondering which foods have zero carbs. We asked registered dietitian nutritionist and NASM-certified trainer Whitney English (@whitneyerd on Instagram), MS, to weigh in and here's what she said.

Foods With No Carbs

OK, so basically animal products and oil are the only foods that contain zero carbs, since they're made up of the other two macronutrients: fat and protein. That's quite a short list! This means that foods you may have thought that are low in calories, are not exactly low in carbs, including cucumbers, cauliflower, and courgette.

Do You Need Carbs?

Despite what you may have heard from people promoting low-carb, ketogenic diets, Whitney explained that our bodies need carbs. "Carbohydrates are made of glucose: the body's preferred source of fuel. Without them, people feel sluggish." Studies have found that low-carbohydrate diets are also associated with an increased risk of mortality, meaning that people who eat low-carb don't live as long as those who don't eat low-carb.

While the body can certainly be trained to run on other fuel, including fat and protein, Whitney said this is an inefficient process. "Fasting for ketosis (when the body breaks down fatty acids for energy instead of glucose) is a normal physiologic process that is beneficial in short bouts, such as from dinner to breakfast the next morning. However, we did not evolve to be in a constant state of ketosis," Whitney said. There are no long-term human studies on the health effects of the ketogenic diet beyond a couple years. Weight loss may be a short-term benefit, but we don't know how this type of diet will affect our health and disease risk in the long-term.

What we do know is that ketogenic diets cut out or limit all of the foods we know to be beneficial for our health, Whitney warned. "All whole fruits, vegetables, grains, nuts, and seeds have carbs. Consequently, these are the most nutritious foods in the human diet. These foods have all been linked to lower rates of chronic disease and longevity." When you look at the foods found on the "no carb list," those have been associated with higher rates of chronic diseases like colon cancer, cardiovascular disease, stroke, and diabetes.

Related:
6 Dangers of the Keto Diet, According to Experts

Another risk of a low-carb diet, is the fact that it lacks fibre. "Fibre has been shown to be beneficial for weight loss, gut health, and cancer prevention. Fibre is only found in carbohydrates. Cut out carbs and you cut out fibre," Whitney said. Most Americans don't get enough fibre to begin with — the recommended daily intake of fibre is 25 grams for women, but the average American gets 15 grams.

How Many Carbs Do We Need?

"Carbohydrates should make up about 45 to 65 percent of your total daily intake," Whitney suggested. They're especially important for athletes or those who work out regularly because as mentioned above, glucose is your body's preferred source of fuel and can be quickly broken down to create energy for a power lift or sprint. Eating carbs the night before a morning workout can make you feel more explosive in the gym.

What about post-workout refueling? Whitney said aim to get in one to 1.2 grams of carbs per kilogram of body weight for every hour of exercise, taken within the first four to six hours after exercise for maximum refueling potential. That means if you weigh 150 pounds (68 kg), you should take in 68 to 81.6 grams of carbs for that hour-long workout. Grab a piece of fruit with nut butter, a homemade granola bar, or a small watermelon protein smoothie.