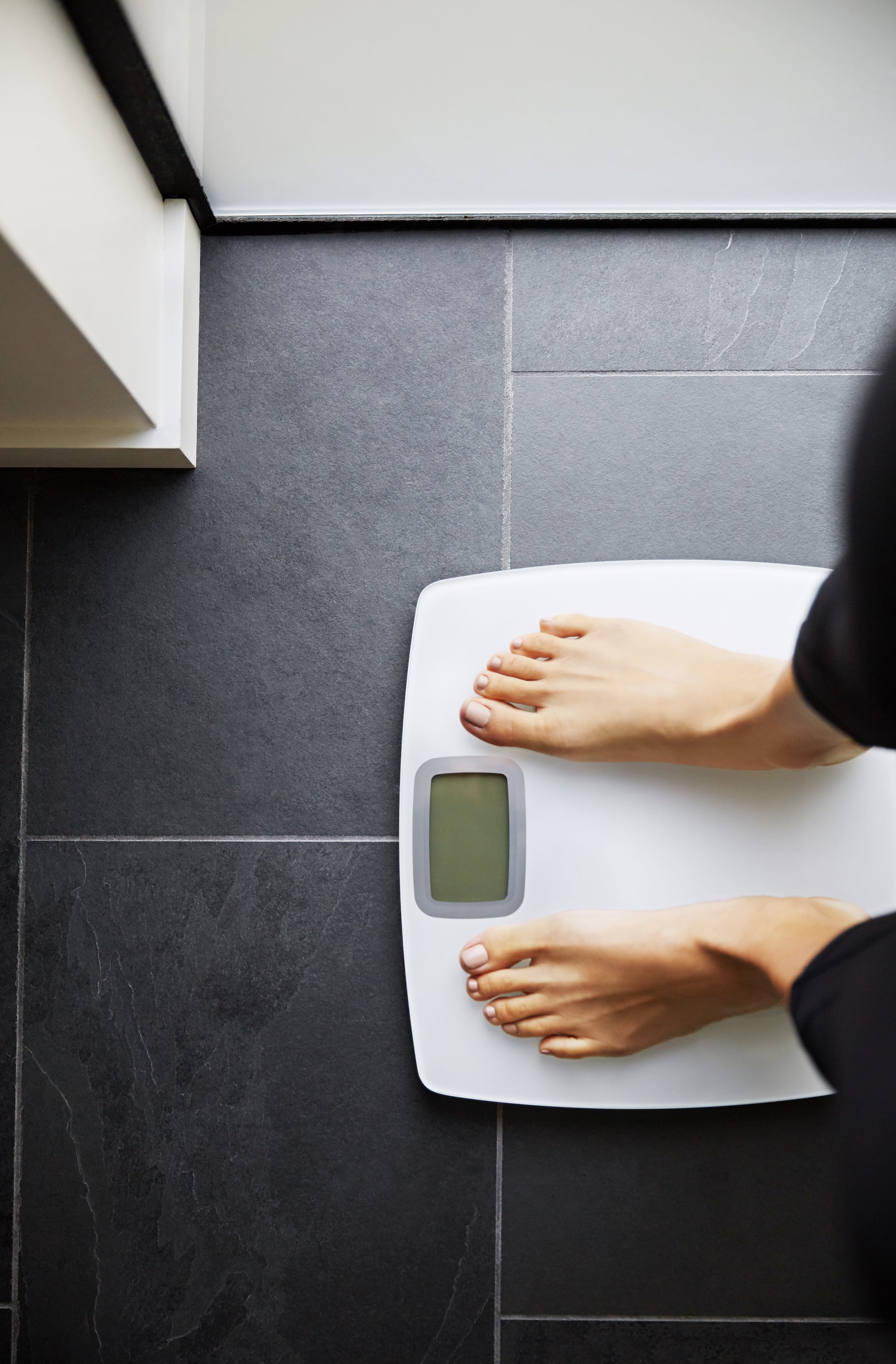 Perhaps you remember a time when I shared that I'll never be a skinny person and that's OK with me. Well, update: that still holds true. However, I hit a few speed bumps when I moved to New York two years ago that started leading me down the wrong path with my health until I finally hit a wall and decided enough was enough.

I started on a bit of a downward spiral after cutting off all my hair and hating it. I hated how I looked, so I never wanted to go anywhere, which resulted in me not working out anymore or even leaving to buy groceries. I continued to spiral and never left my room and only ate takeaway, which quickly took its toll. What makes me mad at myself is that even when I started to feel better about my hair, I didn't stop myself from continuing on this terrible unhealthy path.

I went to Europe for my 30th birthday and decided that was going to be my turning point. I decided I was going to join Weight Watchers because one of my good friends had been doing it for a couple months and was having so much success. I always hear that Weight Watchers works for everyone, so I wanted to see what it could do for me — the person who is convinced that I'll never be skinny and that most diets won't cut it for me because of my genetics.

Related:
Thinking of Trying Weight Watchers? Here's Exactly How (and Why) It Works

I joined Weight Watchers on Nov. 2, 2016, and I weighed more than I've ever weighed in my whole life, but I went in with a good attitude for maybe the first time ever. I made it through my first week feeling good and had a massive loss at my first weigh-in. I made it through week two and went to my second weigh-in only to find out I'd lost exactly nothing. This right here is exactly what always happens and is exactly when I give up. But one of the ladies at my Weight Watchers immediately sensed my disappointment and told me, "No loss is better than a gain. And even when you do gain, you learn from it and do something different next week."

And that was what I needed to hear.

My face is where I see the most of my weight loss. Left is October, right is February. Image Source: POPSUGAR Photography / Hedy Phillips

I'm now on my sixth month and have lost and kept off nearly 30 pounds. When I look in the mirror, I don't really see much of a difference except for in my face. I've had my fair share of ups and downs, but I remain positive about the whole experience and my continued journey, and here's why.

1. You can tailor it to fit you

Weight Watchers is not a diet. The program helps you keep track of everything you put in your body by putting a Smart Points value on it and providing you with a healthy range of points to be used in a day and week. This means you can use your points however you please, and in theory, as long as you're staying in your daily and weekly ranges, you will see results. You want to spend 12 Smart Points on a brownie one day? You can. (Yes, I have done this.) It's a holiday and you know you're going to be eating more than your daily 30 Smart Points? That's what your weekly points are for. Nothing anywhere says that you have to eat this amount of this food at this time.

2. The meetings are incredibly helpful

Initially I thought I would hate the weekly meetings. I tend to be very shy and self-conscious about my weight struggles and I thought sitting in a room with other people like me would just scare me off more and make me ashamed of myself. I am happy to report that I could not be more wrong. The meetings are a safe space where you can share whatever you'd like. At one of my very first meetings, we were discussing food choices, and one of the ladies said she chose to have a chocolate bar at lunch that day and she had thought about it and planned it out and was worried she'd be judged but said she didn't regret it. And we all clapped for her, because she planned it out properly and she was happy with her decision. When someone f*cks up a day of eating and tells us about it, we commiserate and help them through it. No one judges. The meetings also provide you with a community who will celebrate the little things with you. Did you make it through the week without slipping up and eating M&M's? You can bet your group will be elated for you.

3. It's a realistic process

Fad diets so often don't work because the weight loss isn't realistic. If you have to drastically change what you're doing, it will be hard to stick with. If you rapidly lose weight, chances are you won't keep it off. Weight Watchers teaches you how to live your life in a way that's sustainable forever.

4. It makes you realise what foods are problematic for you

Any time you make a change in what you eat, you'll likely find foods that give you trouble. Before Weight Watchers, I was getting a lot of headaches and generally felt crummy most of the time. Once I started eating better (which was mostly just eating more vegetables than carbs in a day), I started feeling better. It helped pinpoint what foods weren't for me so I could eat less of them. (Spoiler alert: yoghurt is not my friend, for some odd reason.)

5. The weigh-ins will keep you accountable

In trying to decide if I wanted to do the fully online program or the program that included meetings, my deciding factor was knowing I'd have to look someone in the face during my weigh-in if I decided to do the in-person program. If I have a bad week and am close to completely going off the rails, I remind myself that on Wednesday evening, I have to say hello to Miss Juanita and let her weigh me. And if it's a bad number on that scale, I have to deal with her reading it to me and then feeling bad about myself for what I've done. But let me be clear — Miss Juanita does not make me feel bad about a bad weigh-in. It's the mind games I play with myself to do better in the future.

6. You don't have to give anything up

What I hated so much about all the diets I tried in my younger years was that I was forced to give up certain foods or food groups. With Weight Watchers, I literally do not have to give up anything. I still eat the same way I used to, I just have to plan it better and maybe eat a little less than before. I still eat pizza, I still have ice cream, I still eat burritos. I just eat them far less frequently and space them out with salads or a bunch of vegetables.

If you're on the fence about Weight Watchers, I can honestly say that I wholeheartedly recommend it. It's legitimately changing my life, and it's not just about my appearances. In the six months I've been doing it, sure, I've lost a good bit of weight, but the weight loss has also helped my joint paint decrease. It's made me feel better about myself because I'm happier with how I look. It's given me a new circle of people to be with every week. And it's teaching me how to live the rest of my life in the healthiest way I can. Who wouldn't want all those things for herself?