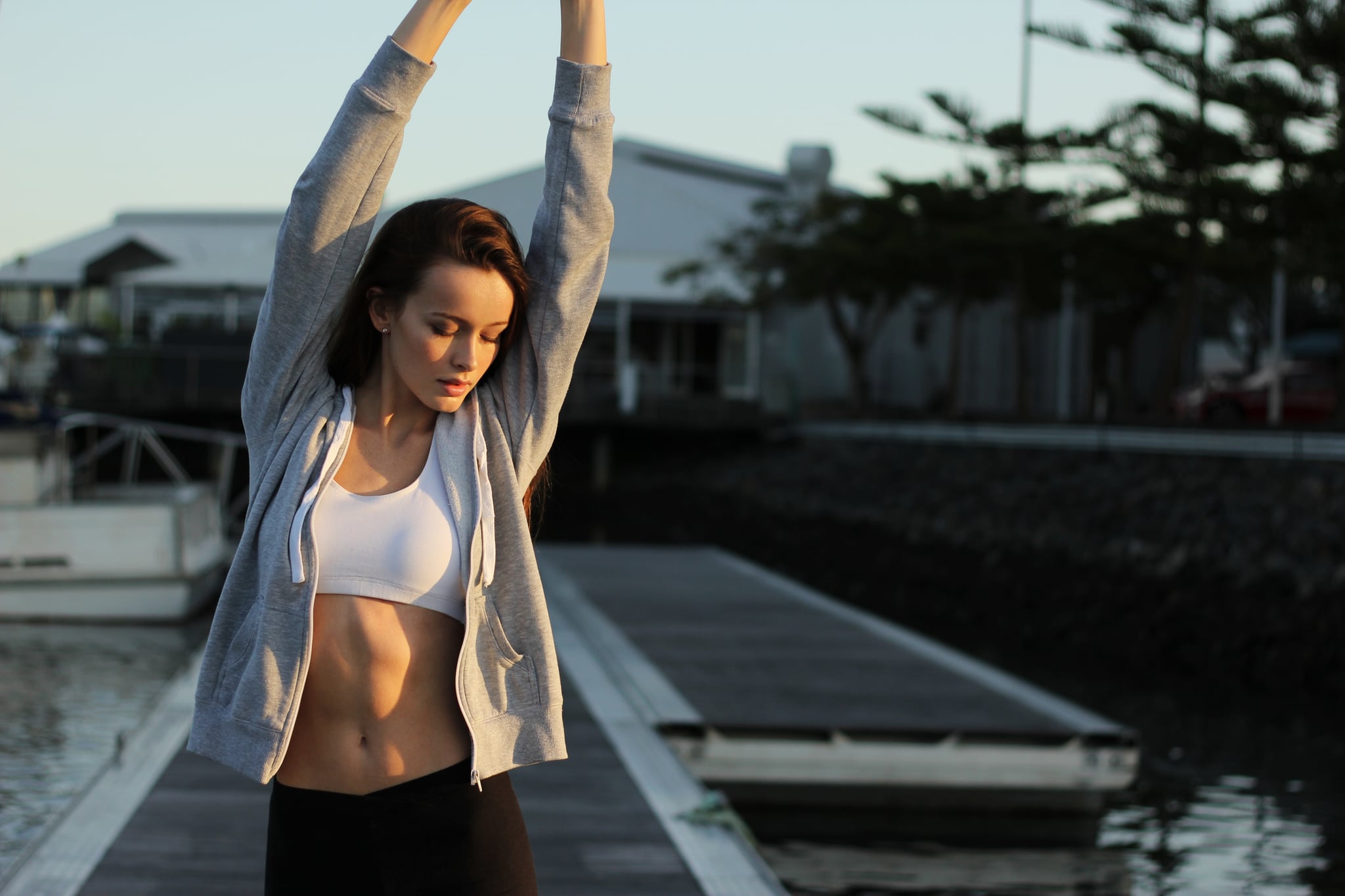 We're all about owning your breasts and body, no matter the size, but if you'd love to see more cleavage on yourself, there are some short-term tricks to having a perkier chest.

1. Working Out Your Chest Wall

You might be thinking, "Oww!" while you work out, but you'll be thinking, "Wow!" in no time if you stick to bust-boosting exercises. "The breast tissue will not increase from your workouts, but if what you want is the appearance of a bigger chest, you can build up the muscle wall to create the illusion of a bigger bust," says Rebecca Gahan, CPT and owner and founder of Kick@55 Fitness in Chicago.

Next time you hit the gym, devote some time to push-ups. "They work the chest muscles to make your chest wall larger," says Gahan. They're so effective because they "activate multiple areas of the chest, all in one movement, while supporting your full bodyweight," she adds. For best results, mix up diamond, lateral, travelling, and even tricep push-ups and do "three sets of 20 reps at the beginning of a workout and the same amount at the end. Include this combo in a minimum of three weekly workouts."

Chest flys are another great exercise to try. "Sit on a bench in an incline position, with your feet on the ground. Extend your arms out to the side while holding dumbbells heavy enough that you cannot complete more than 15 reps in one set," Gahan says. "As if you are spreading your wings, keep your arms slightly bent as you bring the dumbbells together, without letting them touch right in front of your chest." Do three sets of 15 reps twice a week.

The last exercise in the trifecta of chest-building moves is the chest press. "Sit on a bench in a flat position, with your feet on the floor. Lower a barbell with weights (heavy enough that you cannot complete more than 15 reps) to your chest line and extend your arms until they are straight but not locked," Gahan says. Aim for three sets of 15 reps twice a week.

Experts say there are foods that are capable of contributing to an increase in breast size. "When going through puberty, women see their estrogen levels spike, which results in breast growth. As puberty tapers off, so does the estrogen level in women's bodies, leaving breasts in the same relative size for the rest of women's lives," says Ellis.

Here's the connection: "What we conclude from this is that estrogen will grow breast size, so foods which contain a lot of estrogen are capable of entering our bodies and growing our breasts as well. The list of phytoestrogen foods includes tofu, edamame, flaxseed, and soybeans," she says. Carrots, beets, and yams work as well, but only consume them in moderation, as there are studies that talk about possible side effects of consuming too much phytoestrogen.

Like we mentioned, increased estrogen in the body can boost your cup size, and nothing boosts your estrogen better than pregnancy. "One of the benefits of pregnancy is larger breasts, since estrogen can stimulate milk glands and ducts to grow," says Dr. Angela Jones, an OB-GYN and Astroglide's resident sexual-health adviser. Estrogen isn't the only hormone present during pregnancy that plays a role. Progesterone and prolactin help as well, Jones says.

Birth-control pills and other means of contraception can also help "due to the extra hormones, like estrogen and progesterone," Jones says. While low-dose estrogen pills will still have some effect, you'll get a bigger boost with a high-dose pill like Yaz or Yasmin.

"It's not uncommon to notice a slight increase in breast size around the time of your period, too, primarily due to the slight weight gain that most women experience around that time of the month," the doctor explains. That temporary weight gain is — you guessed it — also related to hormonal changes.

This is an obvious one, but stop slouching. Good posture can make your boobs look bigger and perkier. "If your core is strong, then everything falls into place: your back is well-supported, so there is no forward lean, and your shoulders do not pronate but instead fall back," says Gahan. "This will make your boobs look larger, as they'll be pushed out, rather than shrunken inwards."