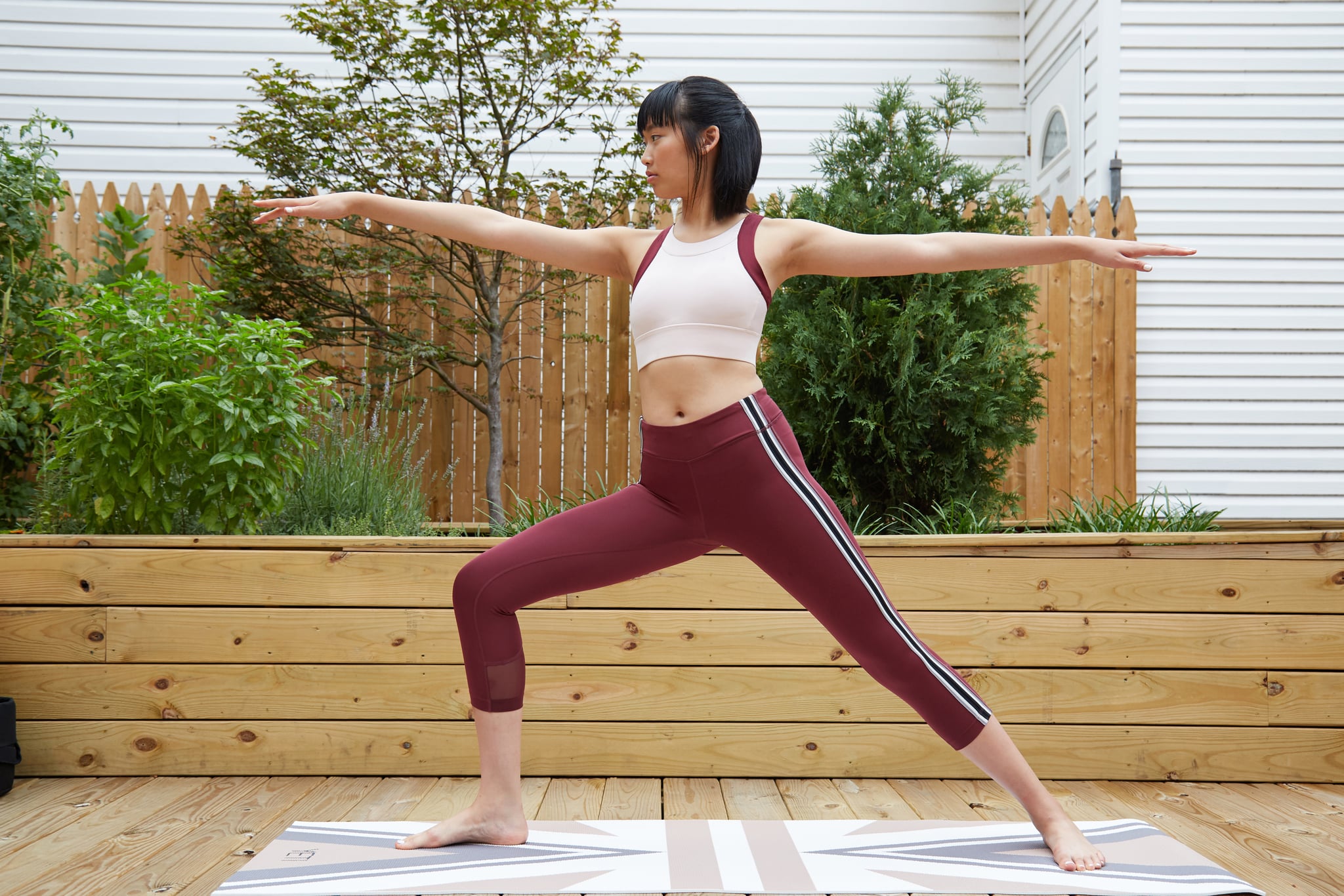 Going to a yoga class has always sounded to me like going on a bad Tinder date — you know you aren't interested within the first 10 minutes, but you're already there, so you feel like you have to stick it out for at least an hour.

For years, I avoided taking what seems to be everyone's preferred fitness class. Whenever I chatted about workouts with friends, the conversation eventually led to favourite workouts, how tough they were, and if they were worth returning to. When yoga was brought up, most people were shocked that I had gone this long without ever taking a class.

The truth is, I never took a yoga class not because I was reluctant to try something new, but because I had always felt like I wouldn't like it. I've always loved high-energy workouts that keep me moving at a fast pace. You can usually catch me at the gym starting off with 45 minutes of cardio on the treadmill, elliptical, or stair climber, then, moving to weight machines and free weights for both my upper and lower body. Yoga seemed like the total opposite of exercise I would enjoy doing. Plus, I'm not exactly what you would call a calm person — I won the "Most Talkative" superlative in the fifth grade for crying out loud.

After turning down invites to join my mum and my best friend for their weekly yoga class for over a year now (yes, they're friends), I was on a business trip and was offered the opportunity to take a yoga class. I took it, even though I wasn't thrilled about the idea. I was going to be among other fitness editors and writers my age and thought that, if anything, it would be a good bonding activity. I was also curious to see if what I thought would make me dislike yoga would happen to be true. For the record, I went into it with an open mind and was prepared to be zen AF, but it didn't go quite like that.

It was warm, comfortable morning at an outdoor venue with dozens of eager yogis and occasional class goers gathering for a 9 a.m. Vinyasa yoga session. I felt super official in my no-slip grip socks and excited to get my workout done first thing in the morning.

I tried concentrating on my breathing, keeping my eyes shut, and even wiping my mind clean. The more I tried, the more I started thinking about everything from work to errands to that awkward thing I once said in high school.

We started easy with a mountain pose to get our bodies moving. Eventually, we built up to other classic poses like downward-facing dog, rotated triangle, and side plank. The workout itself definitely challenged my muscles and made me sweat a bit, especially because I'm not used to doing planks and distorting my body in the way that yoga requires. It was impressive to see how effortless some of the men and women made it look. I, on the other hand, couldn't get in the mindset to relax — working out at that slow, mindful pace just bored me.

I love going to the gym for a sweat session because it takes away everything that is weighing on my mind that day. When there's no loud music or constant movements to channel my energy, like during yoga, I'm left with my thoughts. I tried concentrating on my breathing, keeping my eyes shut, and even wiping my mind clean. The more I tried, the more I started thinking about everything from work to errands to that awkward thing I once said in high school.

Yoga is harder than meets the eye — I was sore the next day — so I'm not bashing its physical aspect at all, but mentally I don't think I could ever truly relax and appreciate each and every muscle movement as other people in the class did. Hats off to them, but it's just not me. Regardless, I went through all the moves and tried to pull off the yogi persona as well as well as I possibly could. Honestly, the only thing getting me through the class was knowing I could grab breakfast afterwards. I was waiting to experience the relaxation that everyone talks about (and trust me, I tried), but instead I just found myself wishing that I was exuding more energy in my workout.

Sure, every yoga class is different and maybe another version, like a cardio-yoga hybrid class, would be a better fit for me, but I'm not optimistic. The overall vibe of yoga is just not for me, and that's 100 percent OK. I'll stick with cardio and weights . . . and just Namaste away from yoga from now on.