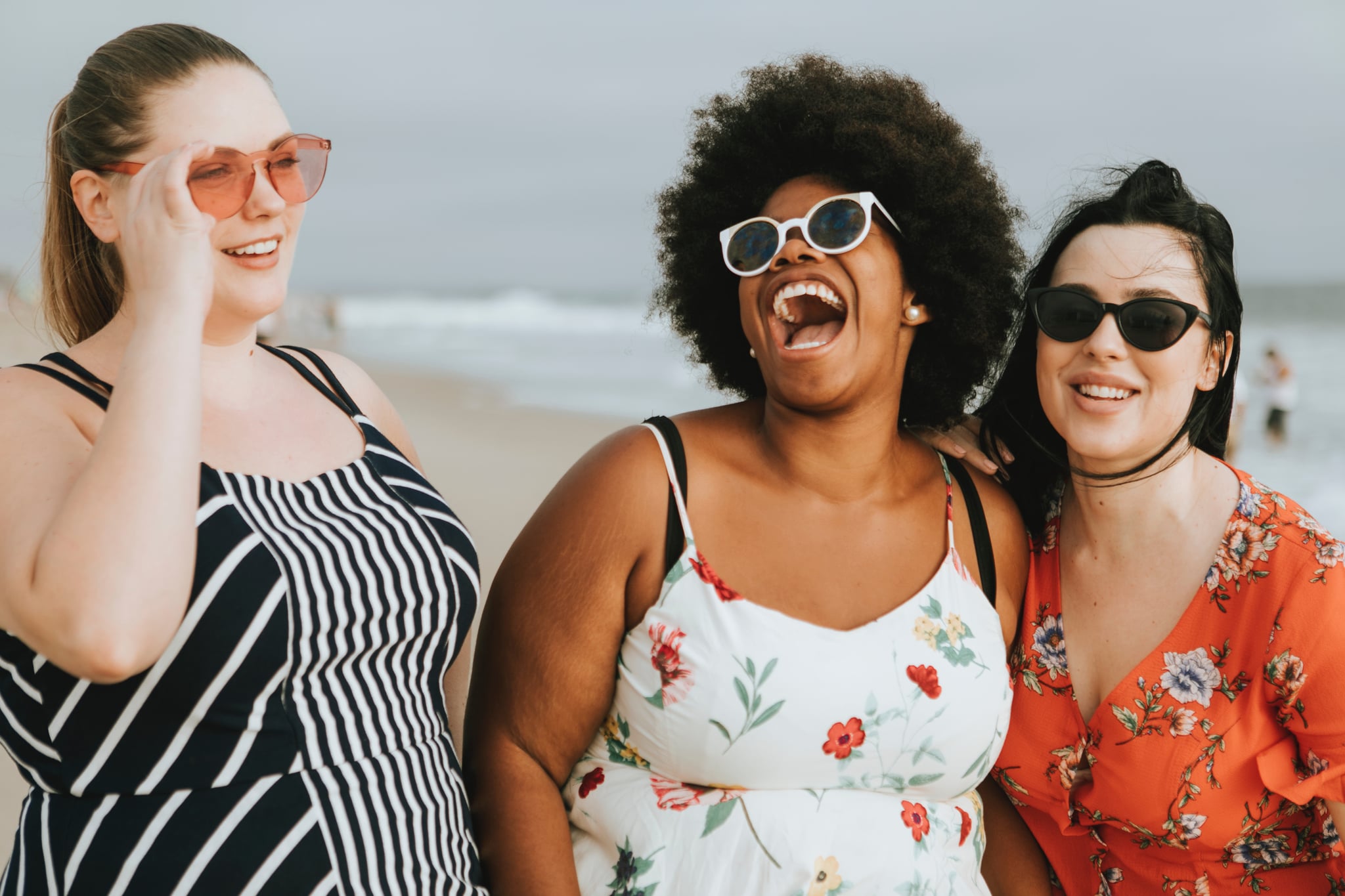 For many, this time of year signals an opportunity to change. It's as though the shift to a new calendar year holds gravitational weight, encourageing us to treat this simple passage of time as a catalytic event which will spurn us to transform our lives. But this January, I'm greeting the new year differently than I ever have before. I will not be making a resolution that centres around losing weight. Instead, I want to shift how I view my body and the desire to change it.

When I was in second grade, I asked my parents to buy me SlimFast bars. I saw the ads on TV all the time; just eat these bars or drink this creamy-looking shake, and you too would become slim, fast. For some reason, my parents agreed to let me try them. That Saturday, when my dad and I went to the grocery store to get food for the upcoming week, I was allowed to pick out a box of meal replacement bars from the vast selection in the fluorescent-lit aisle. I chose an apple cinnamon flavour. According to the instructions on the box, my lunch was to consist of a bar and a piece of fruit.

That Monday, I packed my SlimFast bar and a pear in my lunch box, and by the time lunch rolled around, the pear was so banged up that most of the delicate skin had been punctured, the bag's interior now a sticky, slimy mess. I can recall a sharp pang of self-pity as I launched the bruised and bleeding pear into the trash and attempted to wipe up the inside of my lunch bag, the holographic butterflies that covered the exterior flapping their wings as my small hands moved around the insulated inner-lining. I gingerly unwrapped the rest of my lunch. The SlimFast bar tasted nothing like I expected it to. I never bought or consumed a meal replacement bar again.

Related:
8 Healthy New Year's Resolutions That Have Nothing to Do With Losing Weight

That doesn't mean I gave up trying to change the way I looked. I have always been "chubby," a fact that so much of the world felt entitled to point out at various moments in my life. One time in middle school, I told myself I would only eat Jell-O from that moment on in a bid to lose weight. On the first day, I nearly passed out at lunch. As a teenager, I was essentially rejected by mass market clothing makers when many stores chose to neglect bodies like mine through their limited sizing. I still remember finding the first of the stretch marks that would come to adorn my body — thighs wrapped in faint ribbons of pink — and feeling deeply distressed at this new signal of abnormality.

I'm angry that we live in a world that has convinced us we are lacking.

I'm telling you this now because I am tired. I am tired from a lifetime of living in a world organised around my body. I am tired of feeling like I need to compensate for it. I am tired of carrying the weight of internalized shame and self-hatred. What if I just . . . didn't care? This mere physicality, this flesh on my bones, how have we let this become more representative of a person than the aspects that lie within?

I'm not only tired, but angry. I am angry that we live in a world that has convinced us we are lacking, always one step away from being the best version of ourselves, like a sculpture that needs constant revision and adjustment. I am angry that the amazing women in my life, individuals that I cherish and draw inspiration from every day, still look in the mirror with eyes that are assessing their flaws and taking catalogueue of areas that need improvement, instead of taking stock of the miracles we are lucky enough to bear witness to. I am angry that one of the most special people in my life — a 12-year-old girl I've known for years who has the most brilliant mind and the brightest future — came home from school one day last year and said she had been called fat by a peer.

I think about the reasons why perhaps I have carried "extra" weight for a majority of my life. I acknowledge the deeply rooted personal issues that tie emotions with food. A desire for control. Scrambling to fill perceived deficits in any way I can. Seeking comfort in a world that so often creates discomfort. Our bodies are so much more than we reductively make them out to be. They're a product of many elements — connections between heart and mind which we often neglect in discussions about weight loss.

Losing weight isn't as simple as buying a box of SlimFast bars. I have issues that manifest themselves in many ways, one of which happens to be physical. If I can work to mend myself, becoming healthier in mind and practice, perhaps this would lead my body to undergo some type of change, but that's simply a byproduct and not the goal of these endeavours. For now, I'm vowing to place more importance on these internal changes than the physical ones, and not the other way around.

I still believe in the power of resolutions — and in your choice to lose weight, if that's what you want and not simply what you believe the world expects of you — but I know now that I need to shift the focus of my resolve. This year I'll continue to celebrate who I am, and that means resolving to nurture myself from the inside out. To treat myself with care, compassion, and patience. To accept myself as someone who does not need to be changed. I'm not perfect, but I'm me — that's a fact I couldn't change even if I wanted to, and so it must be celebrated.