Sitting motionless in my kitchen, staring blankly and hopelessly at my cupboards, I felt the onset of an anxiety attack.

As a complete and total omnivore (I truly eat all the foods), it was the first time I didn't know what I was "allowed" to eat — and I was SO hungry. My doctor had just put me on the low FODMAPs diet, which is in my opinion the most confusing, unnavigable, impossible diet on the planet with conflicting information from so many sources. The list of things you can't eat seemed infinite . . . no peaches, no wheat, no milk, no fruit juice or avocados or honey (there are quite literally hundreds of items). I focused so much on the "no" list that I had zero idea what to eat. I sat there paralysed (and honestly, starving, with low blood sugar that probably exacerbated this situation). Panic started to creep in.

Related:
A Dietitian Explains Why You Need to Ditch the Diet If You Want to Lose Weight

If I had focused more on what I could eat, I would've realised that scrambled eggs would've been a great option. I could've eaten a banana or an orange or even made myself some oatmeal with coconut milk. I also would've prevented a panic attack, which would've been really nice.

This made me realise how much we focus on what we can't do vs. what we can and how much that word "can't" paralyses us in so many ways — especially when it comes to diet and exercise.

Have you felt this way with your food? So much anxiety and unnecessary stress stems from this idea of what we can't do, can't have, can't eat. I have watched friends start their new lives as vegans, feeling their frustration of what they can't eat without focusing on all the good, delicious foods they love that they can eat. Sure, you can't eat Kraft Mac 'n' Cheese anymore, but you totally can eat that quinoa veggie bowl you love and also that fruit smoothie and that spaghetti dish. By focusing on what we can eat, we liberate ourselves from a crippling list of can'ts.

Related:
Tips For Becoming Vegan and Eating a Plant-Based Diet

When I talked to a woman named Brooke who had lost over 100 pounds, she said she focused less on what she couldn't eat and instead concentrated on adding in healthy foods (one green vegetable) to every meal. This empowered her to make better, healthier decisions without feeling like she was cut off from things she loved.

This also applies to fitness. For years I told myself (and others), "I can't do that, I'm not an athlete" or "I can't do that, I'm not fit" or "I can't run, I'm slow." So again, I was paralysed. It was the opposite of empowering; I did no sort of physical activity for years upon years and never attended a yoga class or went to a gym. The second I stopped focusing on what I couldn't do and focused on what I could — in this case, it was "I can actually move my body forward for several miles at a slow pace without dying" — I opened myself up to an entire world of healthy activity. 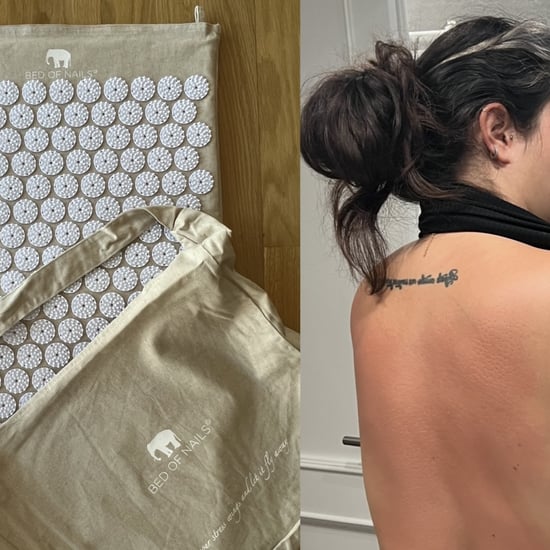