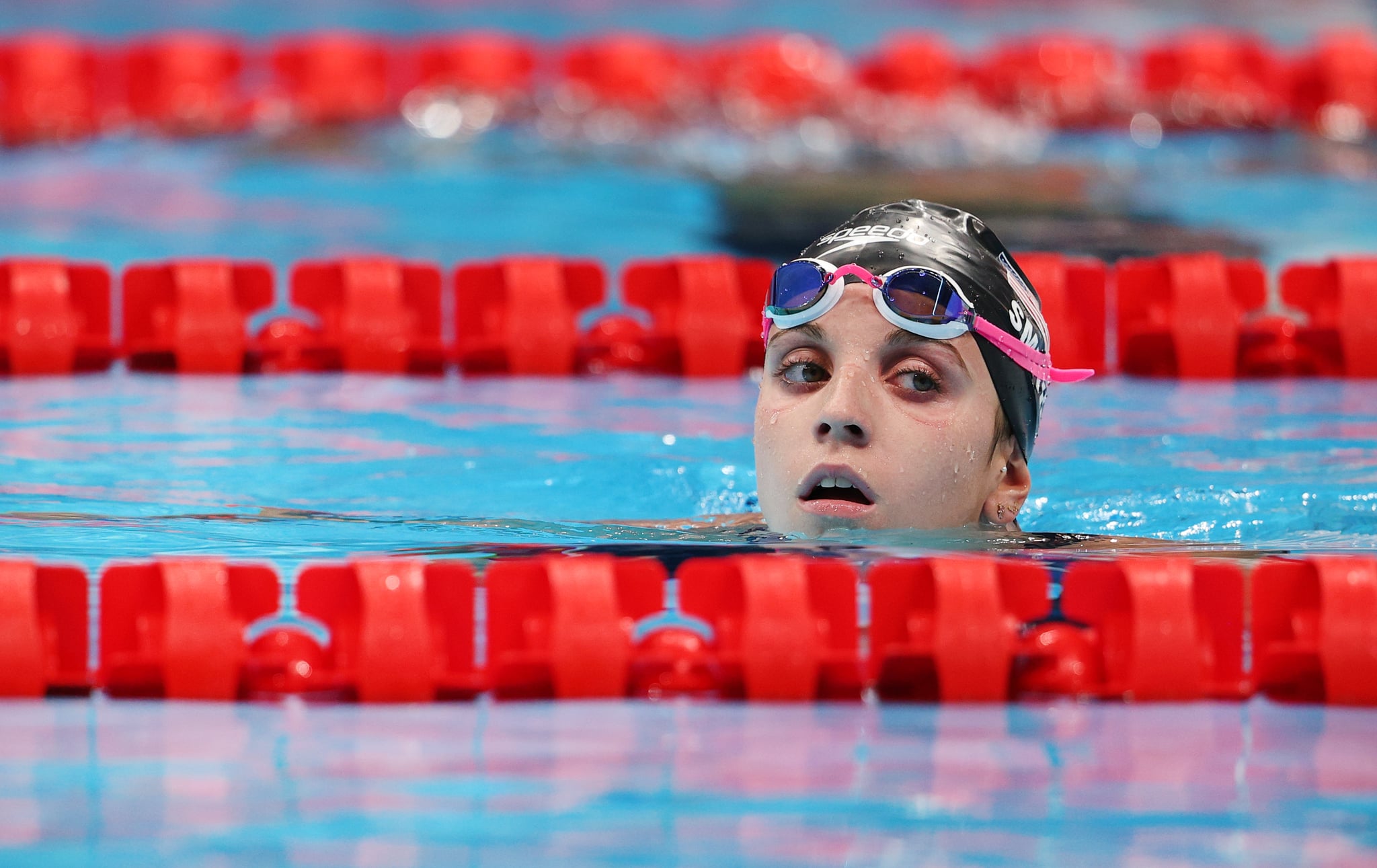 At the 2021 Olympics, the swimming events ended with a showdown. The women's 4x100m medley relay, the last women's event on the schedule, matched up two powerhouses of the sport: the US, which had just set a world record in the event in 2019, and Australia, whose women swimmers were in the middle of a Games to remember. Australian Emma McKeon was en route to becoming just the second woman to win seven medals at a single Olympics; she would swim the butterfly leg for the Aussies, along with freestyler Cate Campbell, breaststroker Chelsea Hodges, and backstroker Kaylee McKeown. The US featured rookies Regan Smith (above) on backstroke, Lydia Jacoby on breast stroke, and Torri Huske on butterfly, along with Rio medalist Abbey Weitzeil (below, right) as the freestyle anchor.

"For that race, I just wanted to leave it all in the pool," Smith remembered a few days later. The 100m backstroke bronze medalist would swim the first leg against the talented McKeown and Kylie Masse of Canada, but her goal was to focus on her own race, not the speed surrounding her. To give the US a chance to medal, Smith needed to stay in her lane, so to speak. "The second that I start worrying about people around me, it's going to affect me mentally," she said. "You can only control yourself." Smith, 19, did well to give her team a lead that held through breast stroke and butterfly, but by the time Weitzeil dove into the pool for her anchor leg, only a quarter of a second separated the US and Australia.

"I was completely watching Australia the entire race," Weitzeil, 24, told POPSUGAR. As the butterfly swimmers plunged into the wall, Weitzeil saw McKeon neck-and-neck with Huske and thought, "All right, I'm diving in with Cate [Campbell]. I am going in with her."

It was Weitzeil's first time anchoring a relay final for Team USA, and like Smith, she tried to focus on her own race, not the Australian opponent hovering in her peripheral vision. Weitzeil hung tough, but Campbell out-touched her at the wall. As the Australian women capped a terrific Olympics (12 medals in total) with one last hard-fought gold, Weitzeil couldn't hold back her tears.

As a member of Team USA, "there are legacies that you have to uphold."

It wasn't just that they'd lost the race by a hair, she said. It was that the "emotional rollercoaster" of a meet was now over; it was the pressure and stress of the last five years leading up to it, all hitting her at once. The tears were flowing as Weitzeil turned to her teammates. "We did it. We're done," she remembered saying. "Thank God we're done."

The Games Take a Mental Toll

After the week-long, high-pressure meet, both Weitzeil and Smith were exhausted. And not just from the physical strain of it, Smith explained, though that was definitely a factor. Speaking to POPSUGAR while promoting their shared sponsor, Speedo, Smith and Weitzeil agreed that the emotional drain of the meet was more difficult. It's tough to remain in that ultra-focussed zone for days on end, Smith explained. "Having to be sure your sleep schedule is good. You're eating the right things. You're staying hydrated. You're not getting too distracted with external factors. All of that," she said. "The stress of being at a meet every day."

Then there's the pressure of being an Olympian on Team USA. Both swimmers are grateful to be swimming for the US, but the "expectation of greatness," as Weitzeil put it, is a difficult burden to carry. "There are legacies that you have to uphold," she said.

The pandemic-induced fifth year between Rio and Tokyo made it even tougher, from a mental health perspective. "It was just a completely different animal," Smith said. "It was really hard." Weitzeil remembered crying after bad practices, "so stressed out that you're not going to do well . . . then you get back up and you do it every day, twice a day." The Olympics, the focus, the pressure, the fifth year: "It's emotionally exhausting."

Their comments strike a familiar chord. In Tokyo, high-profile athletes like Simone Biles and sprinter Noah Lyles spoke about the tremendous pressure of competing as a gold medal favourite, compounded by the unprecedented challenge of training during a pandemic for a postponed Olympics. Commenting on Biles's situation, swimming legend and mental health advocate Michael Phelps noted that Olympians "carry a lot of weight on our shoulders. And it's challenging, especially when we have the lights on us and all these expectations that are being thrown on top of us."

Taking it as a whole, it's no wonder the athletes get emotional after that final lap, even if getting a silver medal was, for Smith and Weitzeil's relay, a tough pill to swallow at first. "It was so close," Smith said. "We were really hungry for that gold, absolutely." Then the four swimmers took a step back and realised that, after all the pressure and the nerves and the long days of training, "we got a silver medal for Team USA," Smith said. "There's a lot to be said for that."

Back in the US, both Smith and Weitzeil are ready for some down time. Smith is heading to start her college career at Stanford soon. Weitzeil, who graduated from Cal in 2020, knows she has "a few more years of swimming in me," and is looking ahead to future competitions even as she appreciated what she accomplished in Tokyo. "Compared to the last Olympics, I come out of this one even hungrier," she said.

First though, they're going to rest. Smith was looking forward to playing with her dogs; Weitzeil was ready for holiday. And both are doing so with a big dose of perspective to go along with their new Olympic hardware. "It's important to be more than an athlete," said Smith. Especially during the Olympics, "it can just feel like that's all you do. And I think that's the best part about taking a break: just stepping away and realising that you're more than just a swimmer." 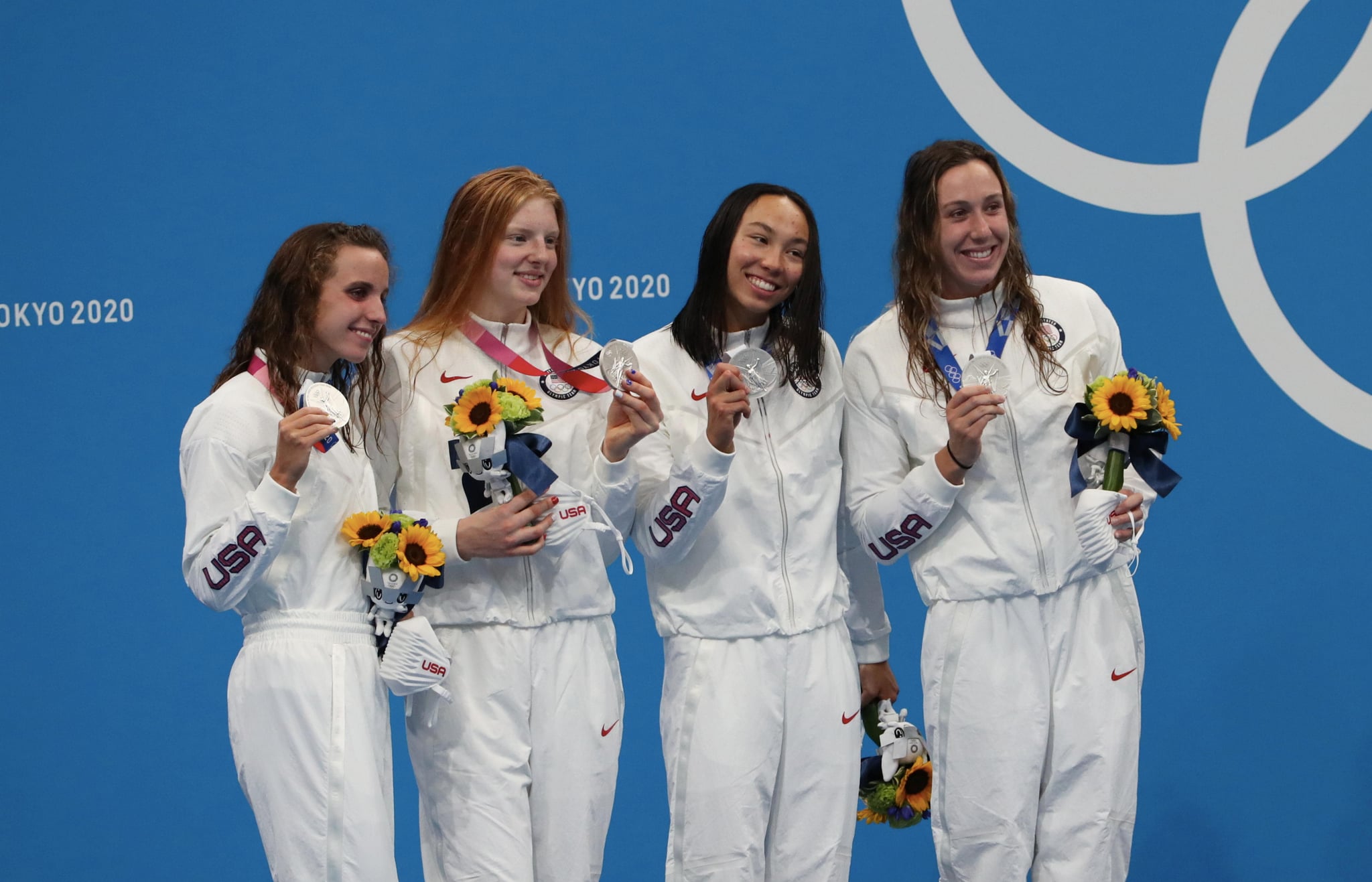