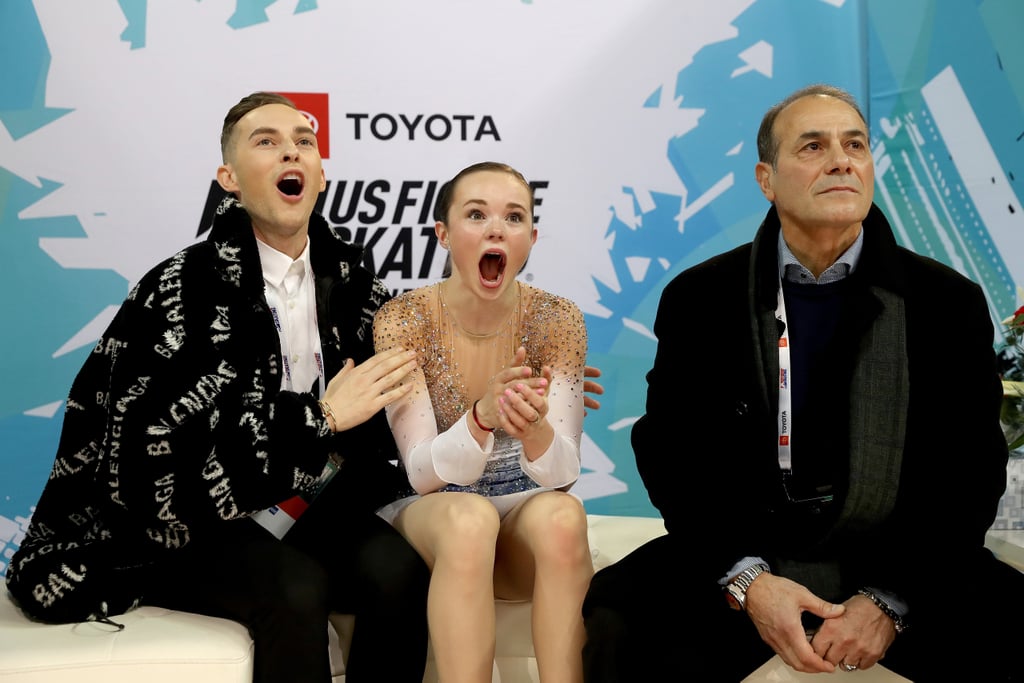 Age Is an Advantage, According to Figure Skater Mariah Bell and Her Coach, Adam Rippon

Adam Rippon's dream of becoming an Olympian began with a muff. His mother received a popcorn tin from CVS featuring a vignette of Victorian people ice skating. A woman wearing a long fur coat and a muff immediately caught Rippon's eye. "It just looked so glamorous," the American figure skater told POPSUGAR. "I didn't have the verbiage to say that I wanted a muff, but I asked my mom for gloves that didn't have fingers. My mom said, 'I don't know what that is — and no.'"

Fast forward to 2018, and Rippon finally got his hands on that muff — a congratulatory gift after he nabbed the bronze medal at the Olympic Games in Pyeongchang, South Korea. "My friend ordered it on Amazon," he said. "If I only knew it was that easy." At 28, he became the oldest US figure skater to make an Olympic debut since 1936 and the first openly gay man to represent the United States at the Winter Olympics.

Rippon was also unapologetically outspoken every step of the way, declining a meeting with former US Vice President Mike Pence (the leader of the US delegation) and opting out of a trip to the White House following the Games. His unfiltered interviews and tweets spoke to people well outside of figure skating's tight circles, including A-list fans like Reese Witherspoon, Cher, and Taylor Swift (who cast Rippon in her "You Need to Calm Down" music video in 2019).

After penning a memoir, winning Dancing With the Stars, walking red carpets, and spreading his wings as a social media butterfly, Rippon is back in the rink — this time as the coach of his former training mate, American figure skater Mariah Bell. Asked what he adds to Bell's coaching team, Rippon replied: "Drama." He explained that he's also a great "sounding board" and "communicator" between Bell and head coach Rafael Arutunian, the same man who led Rippon to Olympic glory.

This week at the US National Figure Skating Championships in Nashville, TN, Bell will fight for one of three coveted spots on the US Olympic figure skating team. Much like Rippon, she is one of the more "mature" athletes in the sport at the ripe old age of 25. Bell is up against teen phenoms like 16-year-old Alysa Liu, a two-time US national champion. If Bell makes it to the contentious 2022 Beijing Olympics, she'll also face Russia's top three ladies — all under 18 and all with an arsenal of quadruple jumps.

Age, at least according to Rippon, has its advantages. "When you're an older skater, you've not only had more life experience, but you've had more time to refine your craft," he said. "I feel like I enjoyed my career the most in my late 20s because I was making a lot of decisions with my choreographers and my coaches. Everything felt more collaborative, and I took more ownership of what I was doing."

Bell is hoping to follow in her coach's footsteps. Her strategy at the championship in Music City is to showcase her hard-earned confidence, artistry, and love for skating. "It's not about competing with other people; it's just being the best I can be, and everything else takes care of itself," she explained. "Adam always says, 'Nobody else can be Mariah.'"

Keep reading, as figure skating's most dynamic duo divulged to POPSUGAR their best beauty tips, fashion lessons, and what really happens when hot bodies from around the world gather in one very cold village. 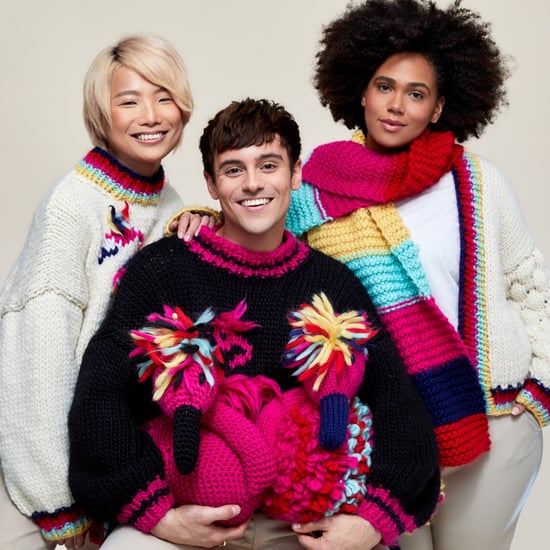