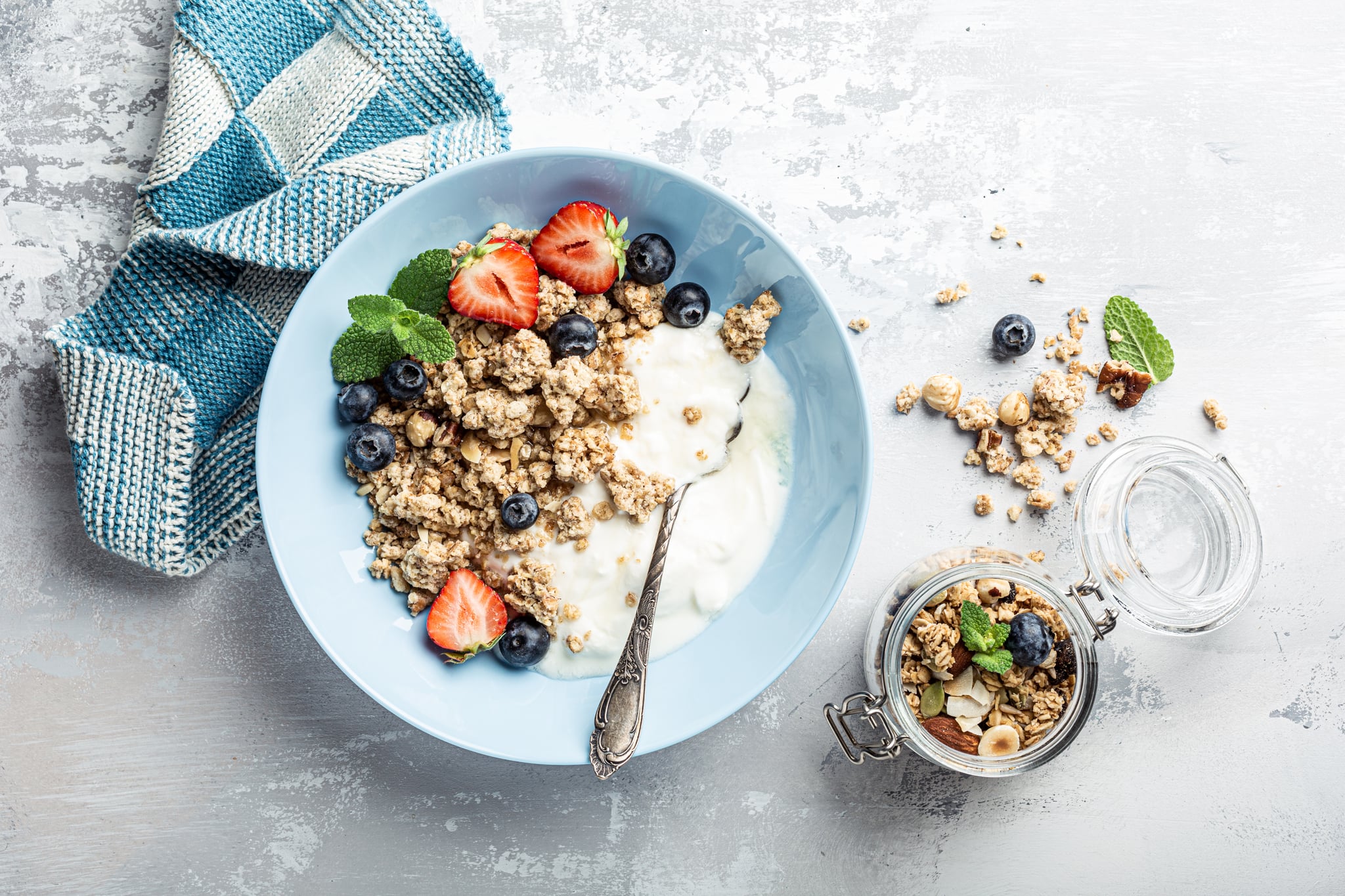 If you haven't heard of them before, let us introduce you to probiotics, the bacteria we consume through supplements and fermented foods (like yoghurt or kombucha) to keep our digestive system healthy. Among their many benefits, these bacteria can improve your immune system, digestion, and heart health, but can probiotics also help you lose weight? When we look at this question, the science gets a little less clear. Here's what we know so far.

How Does Gut Bacteria Affect Your Weight?

Right now, we can say there is a connection between probiotics and weight loss, but it's very complex. It's not as simple as saying that one type of probiotic can help you lose weight or avoid gaining weight; rather, it seems your weight is affected by the overall diversity of your gut bacteria, to which probiotics contribute. A 2013 study from Denmark, for example, noted that people of a high weight with less gut diversity gained weight faster than those with more diverse gut bacteria.

Similarly, we're not sure why gut bacteria has such an effect on weight. A few possibilities might be at play. For example, some probiotics influence your appetite and energy usage; some stop your body from absorbing as much fat from the food you eat, causing your body to pass it through feces instead; some may also help reduce inflammation throughout your body, which has been linked to obesity. Summing it all up, a 2017 review found that probiotics can help you lose weight and body fat, though researchers noted that in most studies, the amount lost wasn't dramatic.

Related:
I've Lost 15 Pounds on the Noom Diet App, and Here's What I Eat in a Day

Which Probiotics Are Best For Weight Loss?

Another potentially promising probiotic for weight loss is Bifidobacterium, with one study showing that people who took one strain of Bifidobacterium for three months lost more belly fat and lowered their BMI and waist size (compared with a control group taking a placebo).

Some studies gave participants these probiotics through supplements, others through food. You can find these strains in foods like yoghurt, cheese, soy, and other fermented products; just check the nutrition label to see if the food contains the probiotic. (You might see shortened names, such as L. gasseri for Lactobacillus gasseri.)

As a reminder, though, the best thing you can do for both your weight and your overall health is to keep your microbiome as diverse as possible by eating a variety of foods and probiotics. Doctors recommend eating a diverse and "colourful" diet that includes lots of fruits and vegetables (which also promote that good bacteria) in addition to fermented foods.