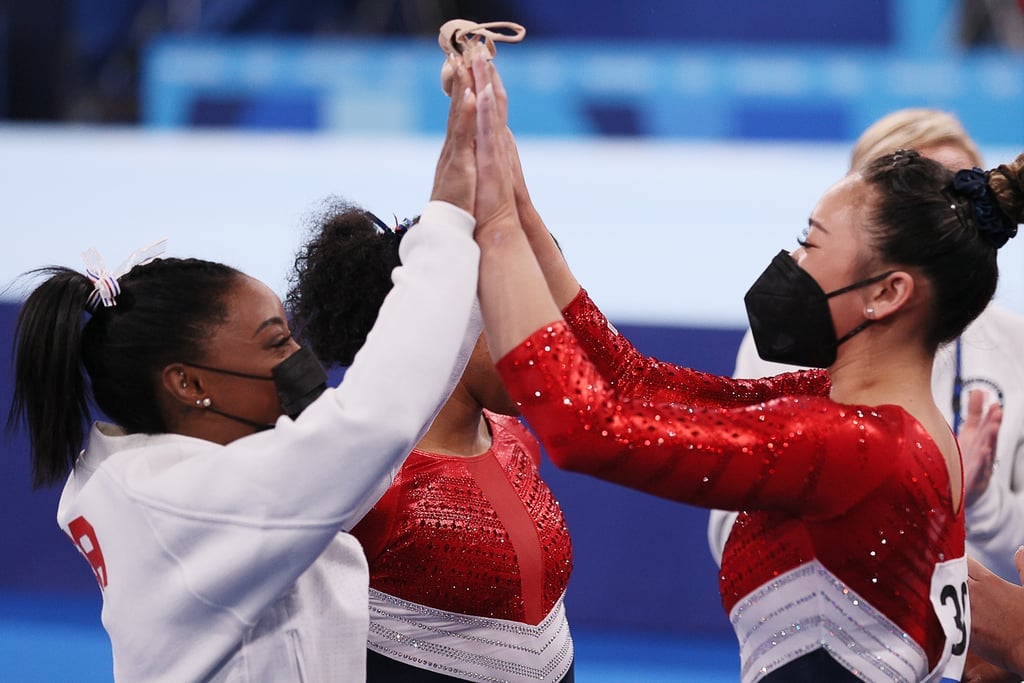 When the Olympics roll around, I'm all in on Team USA. Every sport, every event, from 1 a.m. football games to 9:30 p.m. basketball tipoffs (gotta love that Tokyo time difference!), I'm out here whisper-screaming into my laptop screen as American athletes push for the podium. As much as I appreciate the athleticism and accomplishments of the athletes from other countries, there's only one flag I want to see lifted in the centre of that medal ceremony.

I rooted for Team USA to make every podium at the 2021 Olympics, but I also found myself enjoying the some of the upsets, the surprise victories, and the small moments between competitors, even when it meant my favourite athletes didn't make the cut for a medal. Did I want the USA softball team to win gold and avenge their 2008 loss to Japan? Of course — but there was also something incredibly special about watching the Japanese team win its second Olympic gold in its home country. Of course I want Katie Ledecky to win every single race she's in, but how could you not love the celebration of Ariarne Titmus's coach when the Australian swimmer beat Ledecky in the 400m freestyle?

It feels like this Olympics was about a lot more than medal counts, podium ceremonies, and nation-versus-nation action. It was a celebration of the effort put in by every athlete from every country just to be there, competing under unsettling circumstances after an extra year of unexpected training in the middle of a pandemic. The sportsmanship we saw across countries and events only underscored that, showing that even when athletes fell short of gold or the podium, they could appreciate and respect their fellow competitors and the work they put in. Hugs across the lane lines in the pool, sharing medals on the track, hefting athletes in the air after a bad spill at the skate park: these moments of mutual empowerment and sportsmanship reminded us that being an Olympian isn't just about the colour of the medal that goes around your neck, but the respect you show to your opponent and the struggles and sacrifices it takes to make it to the Games.

Ahead, relive some of our favourite moments of pure sportsmanship from these Olympic Games that'll give you even more respect for these athletes and role models.

Related:
Simone Biles Could Carve Out Yet Another Place in History If She Competes at the 2020 Olympics
Previous Next Start Slideshow
SkateboardingMegan RapinoeTrack And FieldSummer Olympics 2021Simone BilesGymnasticsAthletesSportsOlympicsSwimming