A.J. Andrews remembers making diving plays in the outfield, skimming across the dewy grass like a Slip 'N Slide and thinking, "This is the most fun sport ever."

For Kiki Stokes, it was the sister-like bond she formed with her teammates, cheering in the dugouts every season of the year. And for Natasha Watley, it was impossible to choose what made softball her sport. She started playing at age 5, and "honestly, the first day I just fell in love."

Following that passion would take Andrews to play at Louisiana State University and professionally for Athletes Unlimited's softball league. By age 23, she was already known for the spectacular diving catches she once perfected on dewy Florida mornings, so it was only fitting for her to win softball's first ever Rawlings Gold Glove Award in 2016.

Stokes played college ball in Nebraska and was drafted to play pro, formerly for the Scrap Yard Dawgs, now for This Is Us Softball, a player-owned organisation she helped to found this past summer. Watley was a standout at UCLA, won medals in the 2004 and 2008 Olympics, and played pro in the US and Japan before retiring after a 30-year career.

Building careers like theirs, in a sport that's often overlooked professionally in the US, is commendable in its own right. But all three players also did this in a sport that, they agree, is overwhelmingly exclusionary to Black players. "It's just a fact," Andrews said. "I don't think it's an assumption to look at softball and say, 'Oh, there's not a lot of Black representation.' All you have to do is turn on the TV."

One of the problems: playing softball isn't cheap, and the better you are, the more expensive it gets. At a minimum, Andrews said, "you need the bat, the glove, the cleats." You need access to spacious softball fields. If you want to play beyond high school, you'll need to join a travel ball team. "You've got to be forking out a minimum $200, $300 a month to participate on these teams to get exposure if you're going to take it seriously," Watley explained. "It's perceived to be an elite, expensive sport, and it's a suburb sport." When you stack up those barriers to entry at the outset, Andrews said, "it sometimes leaves Black communities out."

On top of that, the players we spoke to described a pattern of damageing microaggressions that ensure the Black athletes who do find their way into softball will feel excluded.

Sometimes it goes further than that. At age 12, Andrews recalled, she got into an argument with a girl on her team, the coach's daughter. The girls were going back and forth in the team huddle when "her dad just stopped everything," she remembered, "and asked me if I think I'm some sort of thug."

"I knew that I was different."

On the same team, Andrews also had to start off as a pinch runner — a player whose job is to come off the bench and run the bases but not hit or field. "I was very talented on the field," she remembered, but it wasn't enough to overcome part of the insidious "Black athlete stereotype," that the only thing she could contribute to the game was speed and raw athleticism. The opportunity to show her skill on the diamond and in the batter's box wasn't given to her the way it was to other players. "I had to prove myself over and over and over and over again to be put in that position." The stereotype persisted; years later, when she was tagged out trying to take an extra base, a coach asked her, "Are you really a softball player, or are you just fast?"

Stokes grew up playing shortstop, one of the sport's most demanding defencive positions. A white girl who also played shortstop tried out for her team, and Stokes remembered her coach pulling her aside and saying, "Hey, Kiki, you're really fast, and I think you could play the outfield. This girl who's trying out, she can't play there." Stokes remembered thinking: "Is it because I'm Black and I'm fast that I have to go to the outfield and I have to give up the position that I love to play for somebody else who is white?"

These stereotypes echo across sports. Last year, research from RunRepeat showed that football commentary tended to reduce Black or darker-skinned players to their "physical characteristics or athletic abilities — namely pace and power." As a 2006 study pointed out, that's damageing because "portraying African Americans as naturally athletic or endowed with God-given athleticism" creates "the impression of a lazy athlete, one who does not have to work at his craft."

In a sport as specialised as softball, where each position requires a unique skill set, these stereotypes mean that many Black players are shunted into specific roles without any opportunity to branch out. "What is the reason why there aren't a lot of Black pitchers?" Andrews questioned. "Seeing a Black pitcher in softball is equally as astonishing as seeing a Black quarterback in the '70s . . . There really is no explanation as to why, other than pure racism."

Related:
Black Olympic Athletes Reveal What Brings Them Joy, and It's Not Always a Gold Medal

Andrews, Stokes, and Watley described being one or one of very few Black players on their teams growing up. "I knew that I was different," Watley remembered. "And I could probably count on two hands how many Black girls there were [on my teams]." Stokes remembered feeling the need to make her white teammates comfortable, even when they said things she knew were wrong, for fear of coming off as the "angry Black person," she said. "We just had to make them comfortable because we were the only ones."

"We have an opportunity to change that narrative."

Watley came up about a generation before Andrews and Stokes and, as one of only two Black players (along with Tairia Flowers) on the 2004 Olympic team, was an icon by the time she won gold. But it wasn't until the team's post-Olympic tour that she began to truly see her impact. At postgame autograph sessions, "literally every little African American girl was in my line," Watley remembered. She realised how important it was "for them to see themselves in me."

And they did. "Natasha Watley was the girl," Stokes said. "If you were Black, you knew who she was. You were getting her cleats . . . she was the representation," and "representation is everything," she added. Andrews described Watley as her idol.

Today, Andrews, Stokes, and Watley agreed that there are plenty of Black softball players at high levels, playing professionally and in college. "We just don't get the same amount of publicity," Stokes said.

"Especially in a sport where it's predominately white, [Black athletes] feel as if we have to be twice as good just to get the same amount of recognition," Andrews explained. Andrews herself was the first woman to win a Gold Glove, the premiere award for defencive excellence in baseball and softball. And yet, she recalled that it didn't get the same amount of publicity as MLB's annual Gold Gloves do. Was that a function of her race, gender, or both? Andrews didn't know, but the what-if's linger. "If this athlete was white, would it be different?" she wondered. "When we get to a place where we don't have to continually question that, that's when we will start to really feel change."

Even as Watley was signing autographs and becoming a role model, she too felt that disconnect. Remember that Natasha Watley cleat line Stokes mentioned? Watley was told that it wasn't her name recognition that was making the cleats sell, but the shoe's technology. The company stripped her name off and sold the cleats alone. "I was pretty much told I was not marketable," Watley said — even as she saw an entire audience that wasn't being spoken for, little girls like Stokes and Andrews, lining up to meet her after games. Marketing the white athlete is the "low-hanging fruit," she said. "America is going to be drawn to that because that's what we're brainwashed to do. . . We have an opportunity to change that narrative."

The work of making softball more inclusive needs to happen from the bottom up: breaking down barriers to entry, confronting microaggressions that drive Black athletes away from the game, lifting the burden of tokenization from just one or two Black softball players, and recognising the many are already out there, boasting accomplishments both on and off the field.

"There is absolutely nothing that you cannot do if you set your mind to it."

In addition to her professional career, Andrews is a motivational speaker and on-camera host with outlets and brands including The Player's Tribune, Eastbay, and ESPN's The Undefeated. Stokes, meanwhile, helped to establish her team, This Is Us, this summer after her former general manager used the team's Twitter account to brag that the players were standing for the national anthem, tagging then-president Donald Trump as she did so. It was a blatant co-opting of the players' voices, and Stokes led the charge to quit the team. That week, she and her teammates created This Is Us, a team founded on their values: awareness, empowerment, and unity. "Everybody was like, 'We're choosing each other in this moment,'" Stokes remembered. "It's so much bigger than softball."

Because that's the heart of it: this goes beyond softball. It's about making sure everyone has the opportunity to play a sport and succeed at it without feeling different, singled-out, or bullied. And that's important because sports like softball can change lives; just ask Gold Glove winner Andrews, This Is Us co-founder and now co-owner Stokes, and two-time Olympic medalist Watley, who now oversees the Natasha Watley Foundation, which runs a softball league in under-served communities in Los Angeles.

"I fell in love with this game and it was accepting of me," said Watley. "I want every other girl to feel accepted as well." And to those little girls, Andrews had this to say: "you are 100 percent worthy. You are 100 percent valuable, and you are dominant, amazing, and extremely talented. And not despite your skin, but because of it. . . There is absolutely nothing that you cannot do if you set your mind to it." 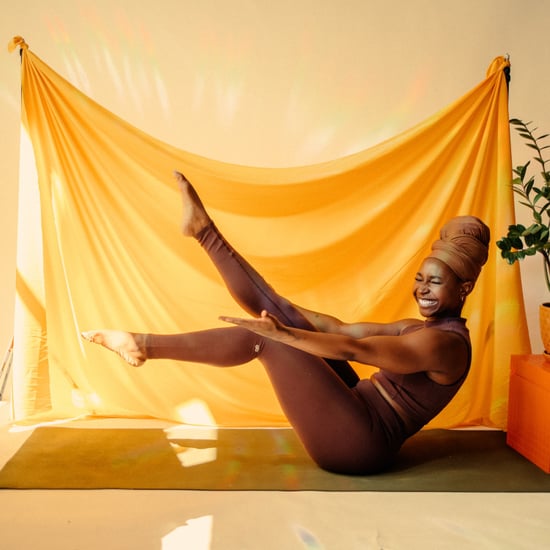