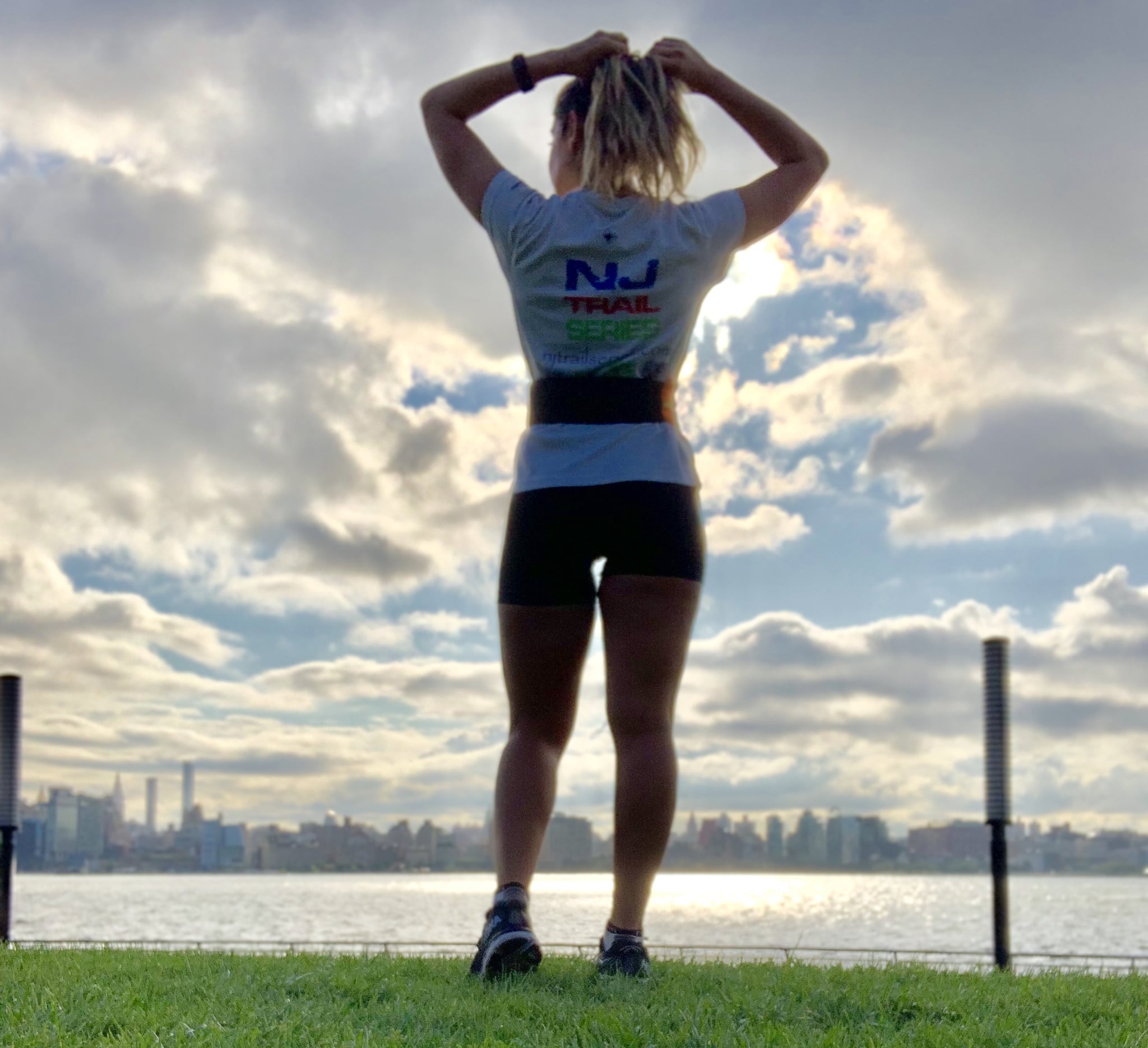 Have I stopped running during the spread of the coronavirus? My friends and family ask me this whenever I check in with them. The answer is no, quite the opposite. If anything, I'm running more, seamlessly adding a jog to my daily routine like I did that extra cup of coffee I never have when things are normal. But running feels essential right now, even more so than that morning cappuccino.

The times in my life when I've been injured from running have also been the most mentally taxing for me. I hesitate to call myself an athlete, having briefly played field hockey in high school with no varsity letter to show for it. But I picked up running as a leisure activity in college, then I became a better person. Yes, these two notions go hand in hand, because running became my therapy. Don't get me wrong, I'm a huge advocate for seeing a licenced therapist for mental-health issues separately, and I do see one regularly. I understand that running is no one's ultimate, end-all solution for relief from stress and anxiety. But it has been my coping mechanism during this time of sheltering in place.

I'm writing this open letter to other runners out there mostly because I want to feel connected.

Let's start by acknowledging the safety protocols, which I am well-versed in. While it's still OK to go for a jog at the current moment, the CDC now recommends wearing face masks in public, so we can't be certain what precautions we may eventually have to take when stepping outside. For now, we have been instructed to maintain a distance of six feet from other people while on our jogs. Steven Mayer, MD, sports medicine physician at the Northwestern Medicine Running Clinic, suggests to avoid touching any benches and rubbish bins and also to safely pass others by saying, "On your left," as you do. The second I come home, I wash my hands to at least half of the 3-minute-27-second "A Little Bit Alexis" song from Schitt's Creek. I remove all clothing and shoes before leaving the entryway, and I immediately take a shower, as suggested by Michael Fredericson, MD, sports medicine physician at Stanford Health Care. I never touch my face while running, and I wear either a baseball cap, beanie, or headband to avoid the sweat drip. I also mix up my workouts — because running injuries are a real thing for me, and for many people, and it's healthy to strength train on days off.

But without the ability to run right now, I would be far less cool and collected. I would feel the way I felt when suffering from runner's knee or plantar fasciitis. During those painful times, I resorted to swimming at my local gym to release a fraction of the endorphins I do on a run. But with gyms closed, now swimming is not even a possibility to consider.

Without running, I would be frustrated to the point of tears, my emotions gone haywire. Because getting out for a second — even just breathing in fresh air for one whole minute — is a great reminder that life isn't over. It connects me with the rest of the world in a way that feels impossible inside my 760-square-foot apartment. It helps to pass other people getting their run in on the street up ahead and know that I am connected with that person in more ways than one. We aren't both just experiencing a stay-at-home, curfew-managed mandate — we are dealing with it. We are acknowledging our bodies and our personal health needs. Also, we are probably both frustrated by our device's inability to connect with the GPS in our area. Unfortunately, this just comes with the territory; my pace prediction and mileage count in Jersey City and Hoboken are almost never accurate. But over the past week or two, I've realised that counting steps, calories, and miles is not really what's on my mind during a run. I'm writing this open letter to other runners out there mostly because I want to feel connected.

Right now, I need running like never before because it's my connection to the outside world. Wouldn't it be nice if my reason for running stayed that way?

Yesterday, I came back from an early evening run around 5:30 p.m. I'm a morning runner, so I usually do not see as many people outside as I did on this occasion. I imagine this was prime time for people taking breaks from homeschooling their children or working from home. There were a lot of dog walkers and even some kids on scooters. The sidewalks were pretty populated down by the Hudson River, and I felt frustrated. I was trying to keep my social distance, but it involved a lot more fastidious weaving than I was used to. In the moment, I just wanted to stop my music, press pause on my Garmin watch, and scream, "Everyone go home! We're supposed to be on lockdown!"

When I got home, I breathed a sigh of relief while washing my hands. "I made it," I thought to myself. Another run, albeit a challenging one, in the books. But as I hopped onto my foam roller to stretch it out, I thought about all those people — some of them walking, some of them kicking a football ball around, and some of them running like me — and I felt an overwhelming sense of empathy. We were all just trying to stay in tune with our mental and physical health, and we were doing the best job we could.

For me, running during the pandemic isn't about setting personal goals or getting in my cardio just so I can check that off my to-do list. It isn't about being an athlete, whether I consider myself one or not, and it's not something I do selfishly in order to restrain myself from taking my stir-crazy frustration out on my partner. It's simply to participate in the one safe outdoor activity the rest of the world can still do right now, even though we're all running to our own beat. Right now, I need running like never before because it's my connection to the outside world. Wouldn't it be nice if my reason for running stayed that way? Just like many of my other lingering questions, that one's still up in the air, but all I can do is keep running until I find out.