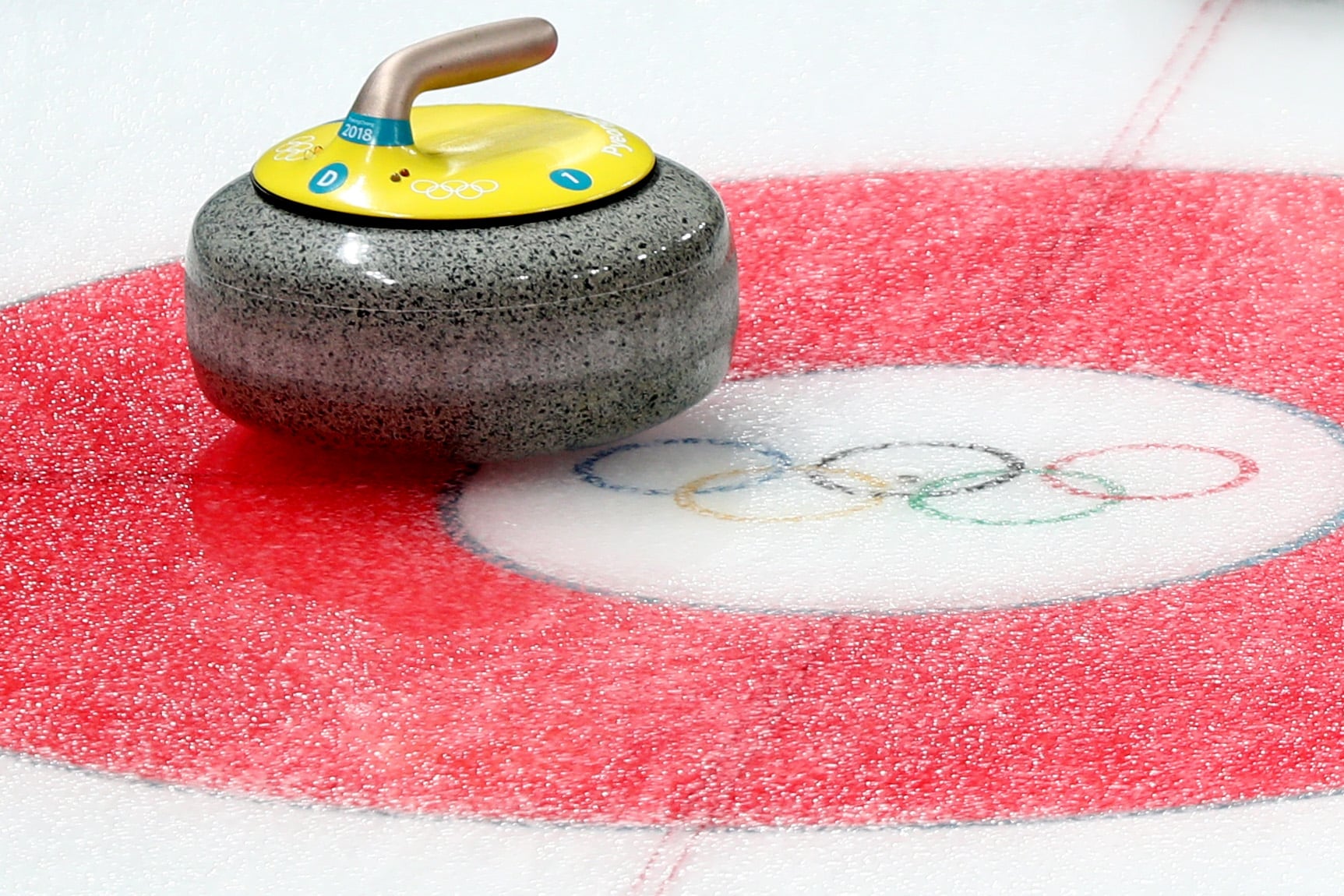 While some may view it as one of the more trivial sports of the Winter Olympics, I've always found curling fascinating to watch. And after learning just how heavy those curling stones are — the ones Olympians so effortlessly glide across the ice — I'm even more impressed. Because let me tell you, they're not light.

Under the current Olympic guidelines, curling stones must weigh at least 38 pounds and no more than 44 pounds; the average Olympic stone weighs about 42 pounds. Imagine throwing that across the ice. It's a serious arm workout, right? Commonly referred to as rocks in the curling community, curling stones are made of a unique and very dense, polished granite that is only quarried in Ailsa Craig, an island off the coast of Scotland.

Coined "the roaring game" after the thundering sound the stones make when gliding across pebbled ice, curling consists of two four-player teams who compete on a rectangular, artificial ice rink that measures roughly 42 meters by four meters. At the Winter Olympics, opponents' curling stones are distinguished by red and yellow coloured handles.

Because curling is a team sport, there are fewer Olympic medals up for grabs. There will be a total of three events: men's, women's, and mixed doubles. All events follow the same competition format, which opens with a preliminary round-robin tournament where all 10 teams — or eight teams for mixed doubles — play against one another. From there, the top four teams advance to the semifinals, where the first-place team plays the lowest-ranked team while the middle two battle it out. The winners then square off in the gold medal match. The 2022 Winter Olympics kick off on Feb. 4.