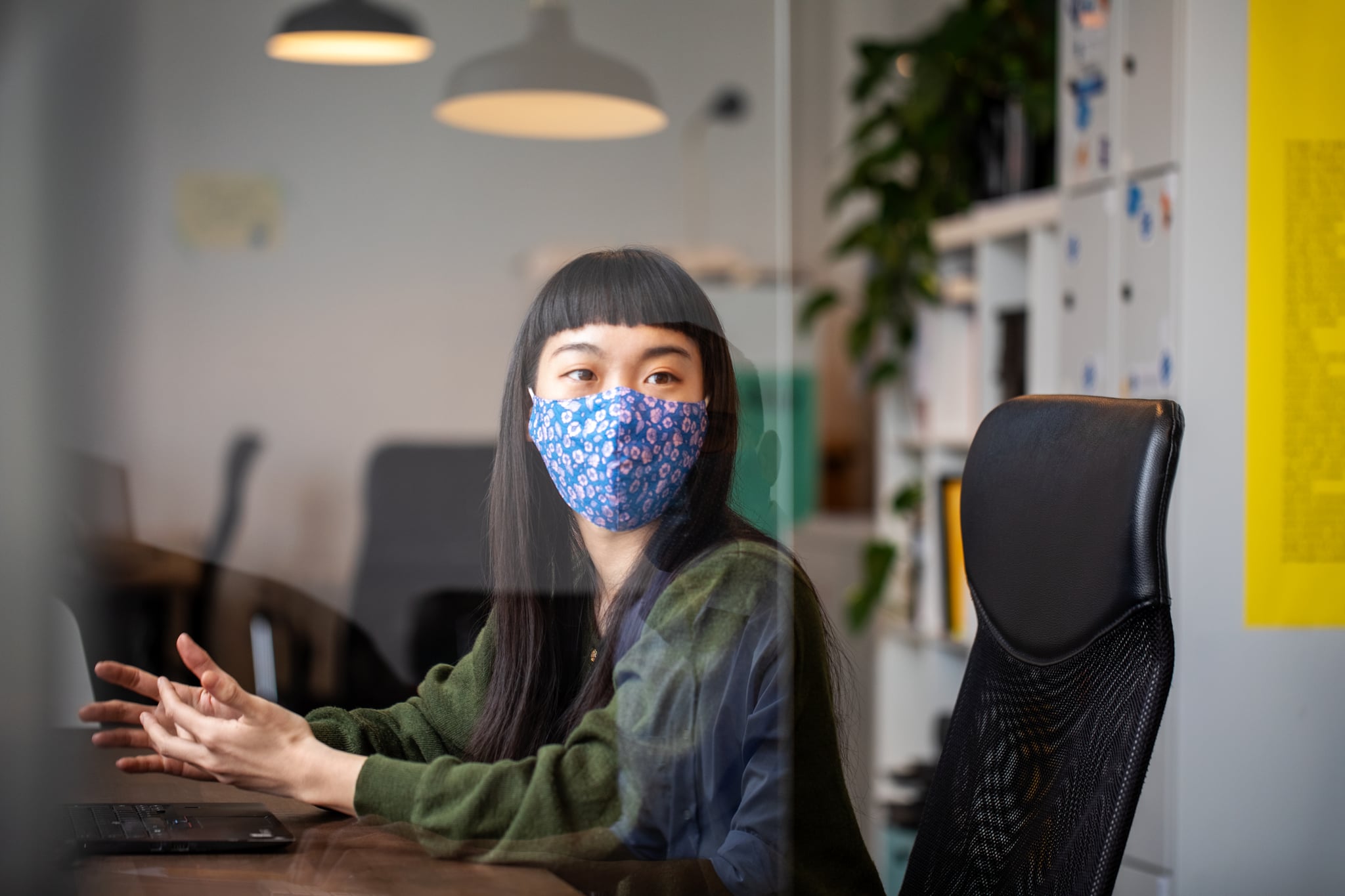 Plexiglass partitions are everywhere these days: reception desks, grocery stores, the vice presidential debate stage. The thinking is that these barriers can help prevent transmission of coronavirus by simply putting a physical barrier between one person and another. And to some extent, doctors think it does work that way — but with a few key caveats and, based on the lack of scientific studies on the topic, some room for doubt.

Plexiglass May Prevent Some Close-Range Transmission

When people are close together, like in a grocery store checkout aisle, plexiglass barriers may provide some protection. They're essentially "splatter shields," said Ellie Murray, ScD, an epidemiologist at Boston University, in an interview with the New York Times; the plexiglass is there, theoretically, to block large droplets that leave your mouth when you cough or sneeze.

We say "theoretically" because doctors aren't yet sure how effective plexiglass barriers actually are. In an interview with WebMD, Michael Fischman, MD, a consulting doctor in occupational and environmental medicine and toxicology and clinical professor of medicine at UCSF, acknowledged that there are no peer-reviewed studies judging how effective plexiglass partitions are. He added, though, that "intuitively, it makes sense that the barrier would capture large droplets and that might reduce the risk of transmission." Dr. Fischman stressed plexiglass barriers should be used on top of other protective measures, like face masks and physical distancing, that have been shown in studies to limit transmission.

Related:
Mouthwash Has Potential to Protect From COVID-19, Studies Say, But There Are Caveats

While plexiglass can protect against larger droplets, it's the smaller, aerosolized particles that scientists are worried about. The CDC recently confirmed something that experts have long warned of, namely that the coronavirus can spread from person to person via tiny droplets in the air, which can float far beyond the six foot distance experts currently recommend for physical distancing. (The CDC maintains that the majority of transmissions occur through the larger droplets.)

Plexiglass would likely be "less effective against aerosol transmission than droplet transmission," William Ristenpart, PhD, a professor of chemical engineering at UC Davis, told WebMD. While the plexiglass could catch the bigger, heavier droplets, these smaller particles could theoretically float above or around them, depending on the ventilation of the room, travelling from one person to another and increasing the risk of transmission.

That's why, when it comes to the smaller airborne particles, experts continue to stress the importance of proper ventilation and mask-wearing. Masks block droplets leaving your lungs from infecting someone else's; as far as ventilation goes, experts say the safest bet is to ensure there's plenty of outside air flowing through a room (for example, by opening doors and windows) and a minimum of recirculating air. While plexiglass can provide protection at short-range, increasing air flow and wearing a face mask continue to be crucial tools in preventing both airborne and droplet-based transmission.