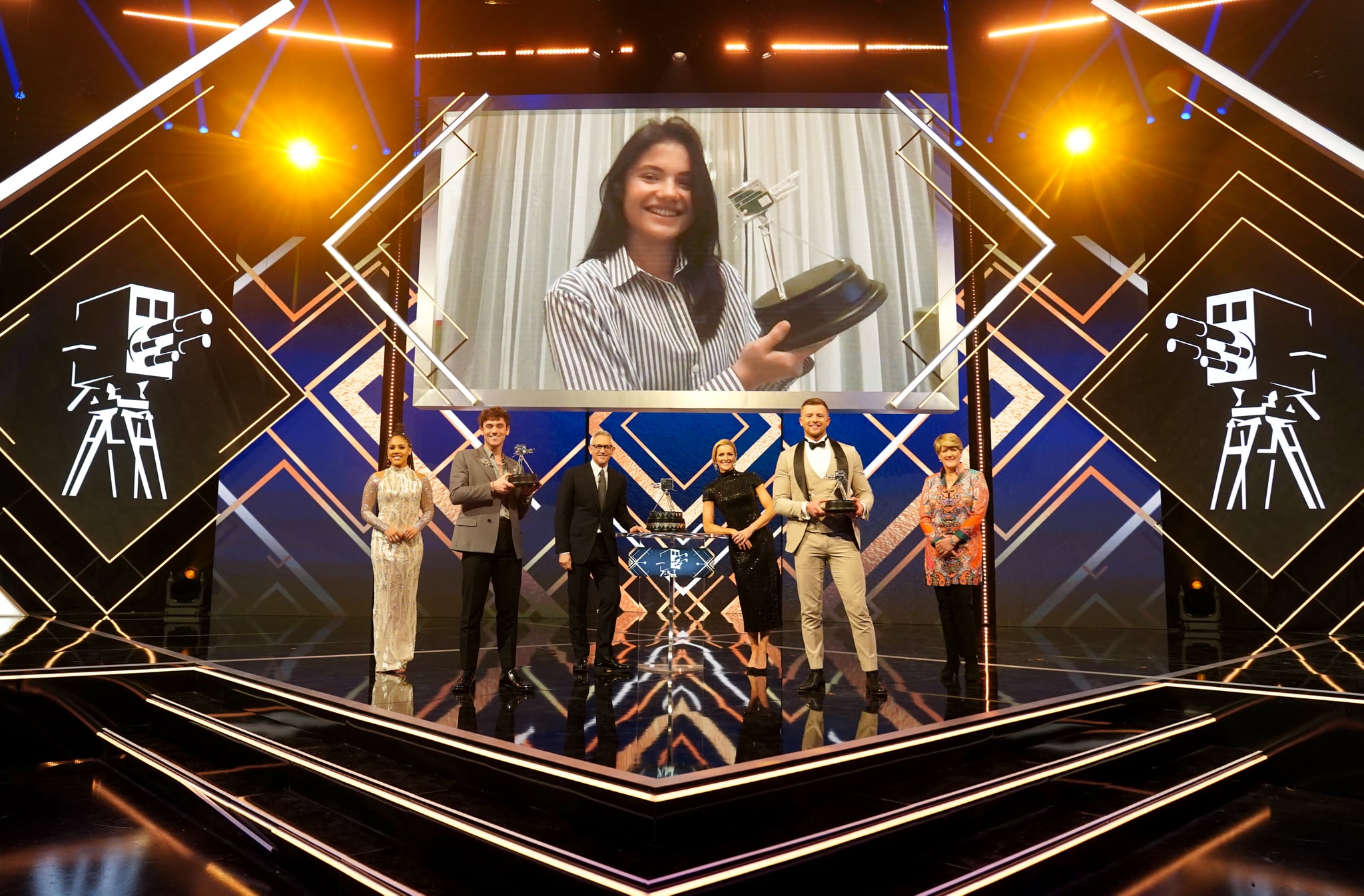 Emma Raducanu was crowned 2021's Sports Personality of the Year award at a ceremony held in Salford, England, on 19 Dec. The 19-year-old tennis player received the nomination as a result of her incredible victory at the US Open back in September, where she became Britain's first female singles Grand Slam champion in 44 years. In winning the award, Raducanu beat national treasure Tom Daley alongside Adam Peaty, Tyson Fury, Dame Sarah Storey, and Raheem Sterling.

Unfortunately, Raducanu was unable to attend the ceremony after testing positive for COVID-19 and instead accepted the award via a video call. "It was such an honour to be amongst these nominees and congrats to you for such an amazing year and all your achievements," she said during the video. "To win, it's really pretty amazing to me. I'm really happy with this of course, and I watched Sports Personality of the Year growing up, so I'm really humbled to be able to join the past winners. I'm also very happy as well for British tennis that we managed to get this award . . . again. Also, thank you so much to all the voters and all of the fans for the support I've received this past year — it's been absolutely insane."

It's clear that Raducanu is going to keep breaking records throughout her career, and we honestly can't wait to see what she does next.

Emma Raducanu
Emma Raducanu Faced Her First Loss Since the US Open: "I Need to Cut Myself Some Slack"
by Perri Konecky 09/10/21

Emma Raducanu
5 Things to Know About Emma Raducanu, the 18-Year-Old Who Has Stunned at Wimbledon and the US Open
by Emily Weaver 10/9/21