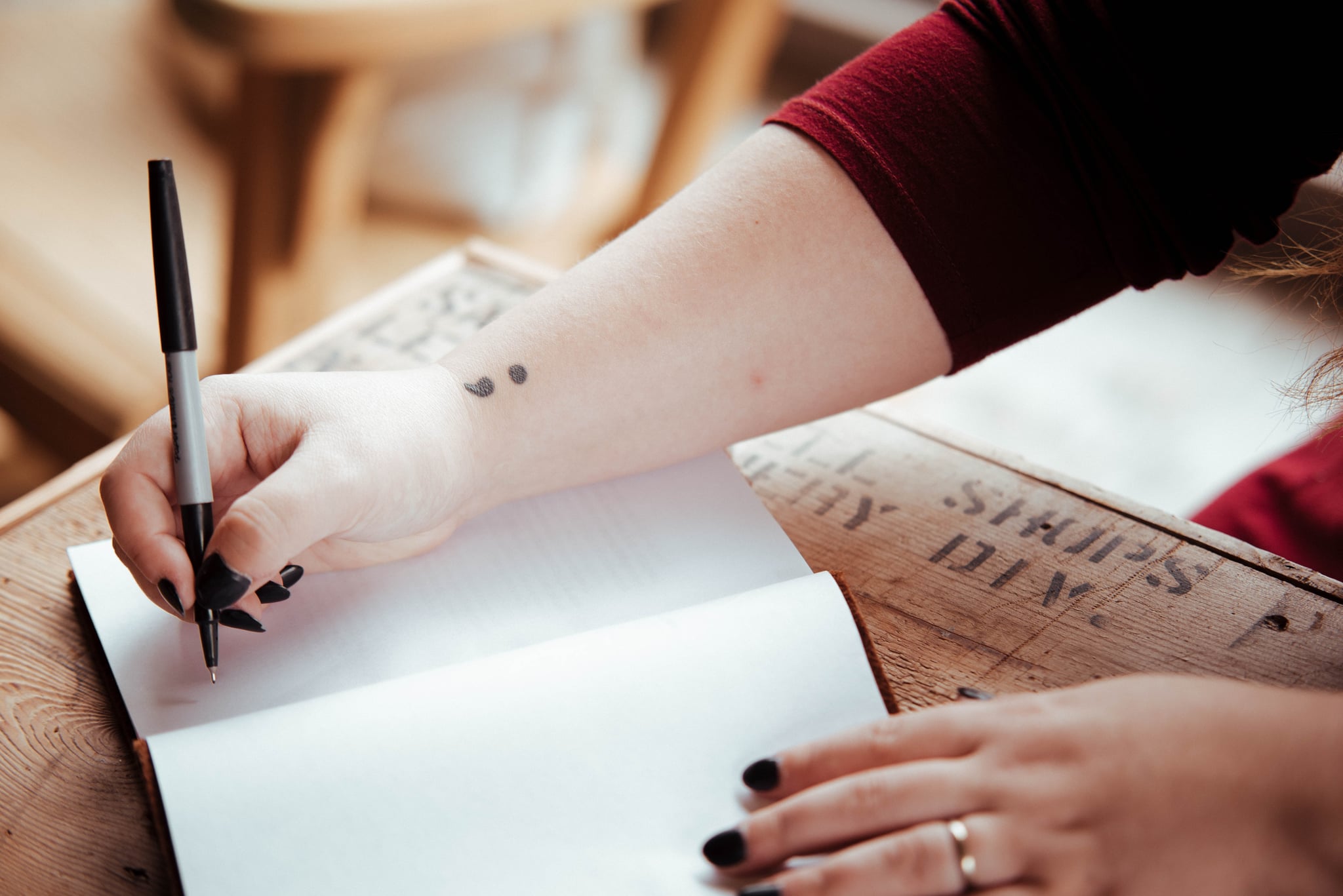 When I was 4 years old, I would throw a fit if I didn't have five of everything. Five outfits laid out in the morning, five pieces of toast for breakfast, five more minutes to play. Five, five, five. When I turned 11 and started middle school, the list of "good" and "bad" numbers expanded. I also became obsessed with my handwriting, erasing anything that couldn't pass as a perfect italicized typeface, scrubbing with my eraser until the paper tore and my tired eyes couldn't make sense of the letters anymore. I was finally diagnosed with obsessive-compulsive disorder (OCD) when I was 12, after I told my mom I didn't want to use knives anymore because I was afraid of hurting someone.

Having a name to legitimize what I was going through was a game changer, though I was shocked to discover that not everyone shut their cabinets three times to ensure the world didn't crumble at their feet or locked and unlocked doors repeatedly to convince themselves they were safe.

For the next few years, I worked closely with therapists and family to identify my triggers and unravel the intrusive thoughts prompting my compulsive behaviours. It was difficult work, but because I had so much support, it never really felt like I was going through it alone. That is, until I got to college.

Related:
An Expert Explains How to Find a Therapist in College, Plus the Questions You Should Ask

Despite my family urging me to stay close to home, I was set on moving across the country, trading the scorching heat of Arizona for the frigid cold of upstate New York. With such a dramatic transition ahead, my OCD was the last thing on my mind. I was more concerned with finding cute tailgating clothes, frantically googling the dorm I was about to move into, and figuring out which dining hall wasn't completely vomit-inducing.

It wasn't until my mom noticed me obsessively tapping our hotel room's nightstand that I was reminded I would be dealing with my OCD on my own for the very first time. No parents, no backup, no second chances, just a heap of new experiences on a campus I had no idea how to navigate. It was a daunting task, and the added anxiety only made my compulsions worse.

I knew I was capable of making school my entire life, but I had to figure out how to maintain a delicate balance between organisation and obsession.

To combat some of this stress, my first priority was creating a space I felt comfortable in. A few colourful posters, some fairy lights, and a carefully curated college playlist helped transform my dorm into a home base — the place I could turn to if I needed to centre myself. I also began to form friendships with the people on my floor, going out of my way to talk to others in a way I didn't think I was capable of. I quickly discovered that any kind of interaction — even a small conversation in the laundry room — was helpful in fending off some of my initial anxiety.

The real struggle was in figuring out how to handle a college-level workload. I knew I was capable of making school my entire life, but I had to figure out how to maintain a delicate balance between organisation and obsession. After trying a few strategies, from colour-coded agendas to dry-erase calendars, I found that the easiest way to slow my mind was to take all of my thoughts and put them right in front of me.

Related:
I Have Social Anxiety, and This Trick Helped Me Navigate Those Early Days of College

To accomplish this, I made sticky notes . . . a ton of them. They covered my entire closet and sometimes leaked onto the walls, organised into columns that distinguished between the things I had to do now, the things I needed to keep in mind for later, and the random things in between (change your sheets, collect quarters for laundry, go to a basketball game). It looked crazy, but it made me feel sane again. The sticky-note system allowed me to stop running through an exhaustive list of all the things I should be doing at all times. It was as though a mental weight had been lifted.

Creative outlets like dance and writing also helped minimize my obsessions, giving me a place to focus on anything other than my responsibilities, fears, and shortcomings. I loaded my schedule with creative nonfiction classes, joined a dance organisation, and poured myself into the things I loved so I could feel successful and free, even if just for an hour every day. This was my time to let go and breathe, and indulging these passions was hugely helpful in me finding a healthy work-life balance.

My OCD didn't disappear entirely after my freshman year, and I knew these coping mechanisms weren't a cure. I still count every sip of water I take, chugging until I reach something that feels "good" in my head. I still tap the table every time I put something down. I still keep strict routines that calm me down and make me feel safe. But these were the things that helped me realise I could manage my OCD on my own, even if I was thousands of miles away from my biggest support system. It wasn't easy — it still isn't — and there's no one-size-fits-all solution to coping with OCD, but at the very least, it helps to know it's possible, and I was able to do it. That's one fewer sticky note to worry about.