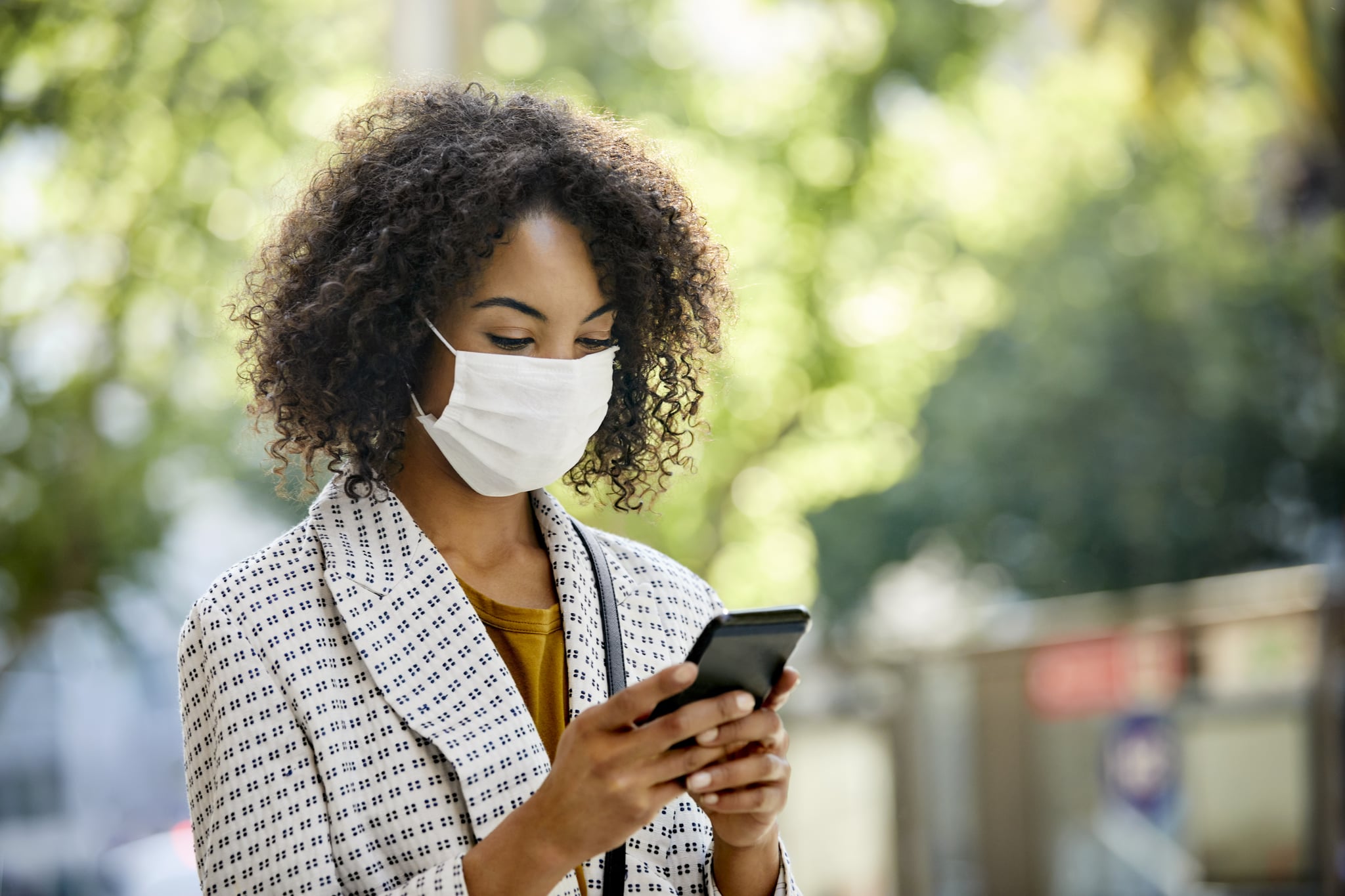 At the beginning of the pandemic, before scientists knew much about how COVID-19 spread from person to person, the biggest recommendations were to clean surfaces, wash your hands, and avoid touching your face and objects in public areas. Those guidelines remain, but over the past few months, experts have come to agree that transmission through respiratory droplets, aka tiny particles released when we cough, sneeze, or exhale, is responsible for the majority of the disease's spread — hence the importance of masks and social distancing.

That doesn't mean surfaces are danger-free — but to what extent do they pose a threat of transmission? Recent studies offer some guidance.

The Coronavirus Lasts the Longest on Glass, Stainless Steel, and Paper Money

Coronavirus particles can remain viable for up to 28 days on glass, stainless steel, and paper money, according to a study released this month. A study from March further found the virus could survive on plastic for up to three days (the duration of that experiment).

While the October research has made waves, it comes with a few caveats. Researchers from Australia's national science agency, Commonwealth Scientific and Industrial Research Organisation (CSIRO), conducted their experiments in the dark to block out the effects of UV light, which may kill the virus; in the real world, it's likely some sunlight would hit an object with particles on it. The items were also left undisturbed, but items like paper money and glass phone screens are often touched and moved around, which could wipe off the virus. In addition, the virus particles were suspended in a substance meant to simulate mucus, but it differed in key ways, according to Ron Eccles, former director of the Common Cold Centre at Cardiff University in the UK. "Fresh mucus is a hostile environment for viruses as it contains lots of white cells that produce enzymes to destroy viruses and can also contain antibodies and other chemicals to neutralise viruses," he told BBC.

That CSIRO study also controlled for temperature and found that, on surfaces, the virus lasted longest at 68 degrees Fahrenheit and lost viability at higher temperatures of 86 and 104 degrees.

Related:
You May Not Be Storing Your Masks Properly — Here's What Doctors Want You to Know

The Coronavirus Is Less Likely to Survive on Copper, Cotton, and Cardboard

Rougher or more porous surfaces like cotton seem to be less hospitable to the coronavirus, according to the CSIRO study; the virus's persistence was shown to be "significantly shorter than on non-porous surfaces," like glass and stainless steel. The March study, meanwhile, found that the virus lasted just one day on cardboard and four hours on copper.

CSIRO researchers speculated that porous surfaces like fabrics might be more difficult for the virus to cling to. In their study, coronavirus particles survived on cotton for seven days, longer than previous studies had shown, which could be down to using different fabrics. (The CSIRO study used 100 percent cotton cloth, while other studies used a cotton gown or T-shirt.)

Related:
Plexiglass Barriers Are Up in Stores and on Debate Stages — But Do They Actually Work?

Can You Catch COVID-19 From Surfaces?

Yes, you can pick up virus particles from surfaces, but experts agree that you're more likely to catch COVID-19 by inhaling it through respiratory droplets. "What we're seeing empirically, clinically, with contact tracing, is that COVID is not spreading heavily through touch," said Colin Furness, PhD, MPH, an infection control epidemiologist at the University of Toronto, in an interview with CTV.

Rutgers microbiology professor Emanuel Goldman, PhD, agreed. In a short essay published in The Lancet in July, Dr. Goldman wrote, "In my opinion, the chance of transmission through inanimate surfaces is very small, and only in instances where an infected person coughs or sneezes on the surface, and someone else touches that surface soon after the cough or sneeze," within one to two hours. He further noted that many of the studies done on surfaces are quite dissimilar to real-life scenarios (which involve sunshine, temperature changes, airflow, and objects being moved).

To sum it up: yes, there's evidence that coronavirus particles can live on surfaces for at least a few hours, which means it's best to exercise some caution. The CSIRO study "really reinforces the importance of washing hands and sanitizing where possible and certainly wiping down surfaces that may be in contact with the virus," lead researcher Shane Riddell said. At the same time, doctors more strongly recommend that you wear a face mask and social distance to protect yourself and those around you. Ideally: wash your hands and sanitize commonly touched surfaces while continuing to mask up and social distance from others.