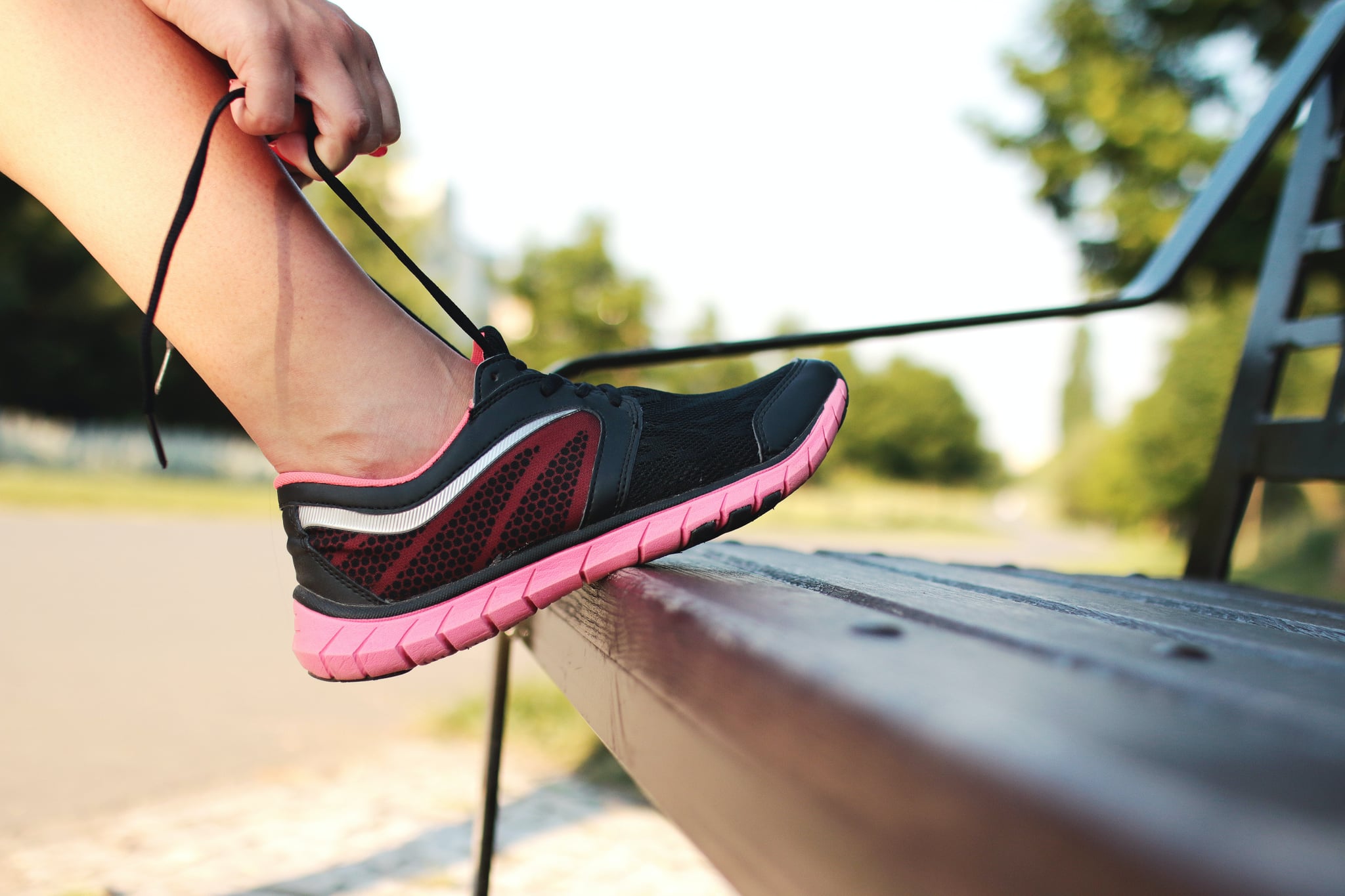 I've lost track of how many events on my calendar have been cancelled this year. Concerts, birthday parties, wedding showers, work conferences . . . the list goes on. But one event I refuse to let this pandemic take from me? Running a 5K with my mom on Mother's Day. It's tradition, and we're determined to keep it alive, even if we are social distancing a thousand miles apart.

This ritual is only a few years old, but that doesn't make it any less special to us. Although my mom and I share many similarities, running was never a mutual passion when I was growing up. We would take family walks after dinner, but running was my time to be alone. I loved the freedom of putting in my headphones, hitting play on my iPod mini (nostalgia alert), and forgetting about everything but the sound of the pavement beneath my feet.

Then in college, my relationship with the sport changed. I stopped running outside and instead spent hours on the treadmill, mainly in an attempt to sweat out the extra weight I had gained since leaving home. It bordered on obsession, and by my senior year, I had developed debilitating shin splints and knee pain, forcing me to hang up my running shoes.

Years later, in anticipation of an upcoming visit to New York, my mom called and — very excitedly — told me she registered us for a 5K in Brooklyn. "You did what?" I inquired, confounded. "Since when are you such a runner?" I knew that she had recently completed her first company 5K, and finishing the race left her beaming with accomplishment. I also knew she harbored a newfound focus on being more active and doing things that challenged her. While I was proud (and impressed), I was still apprehensive. Though I was in a much better place in terms of how I viewed exercise and my body, several years had passed since my running days, and I was worried I would be embarrassed with my lack of speed or stamina.

I found the joy in running again, and it's even better now that it's with my mom.

"Manda, this is something fun and healthy we can do together. It can be a new tradition. And are you really going to let your mother show you up?"

How could I argue with that? So I caved, but I told her I was in it for the post-race cider.

I'll never forget that first race. We stuck by each other's sides. She pushed me forward when I got a sharp cramp on mile one, and I returned the favour once I hit my second wind in the final stretch. Our times weren't great, but we had a blast. And she was right, from then on, it became a Mother's Day tradition.

This year, I had plans to visit her in Denver to embark on our annual race, but since 2020 obviously had other plans for all of us, I'm stuck on the other side of the country. But that's not going to stop us. We enrolled in a virtual race, mapped out our 3.1-mile routes, and on Sunday, we will run together once again, my sister included (followed by a cider via FaceTime, of course). I know that neither one of us will probably ever run a full marathon in our lives, but we both feel strong and proud once we cross that finish line every year. I found the joy in running again, and it's even better now that it's with my mom.